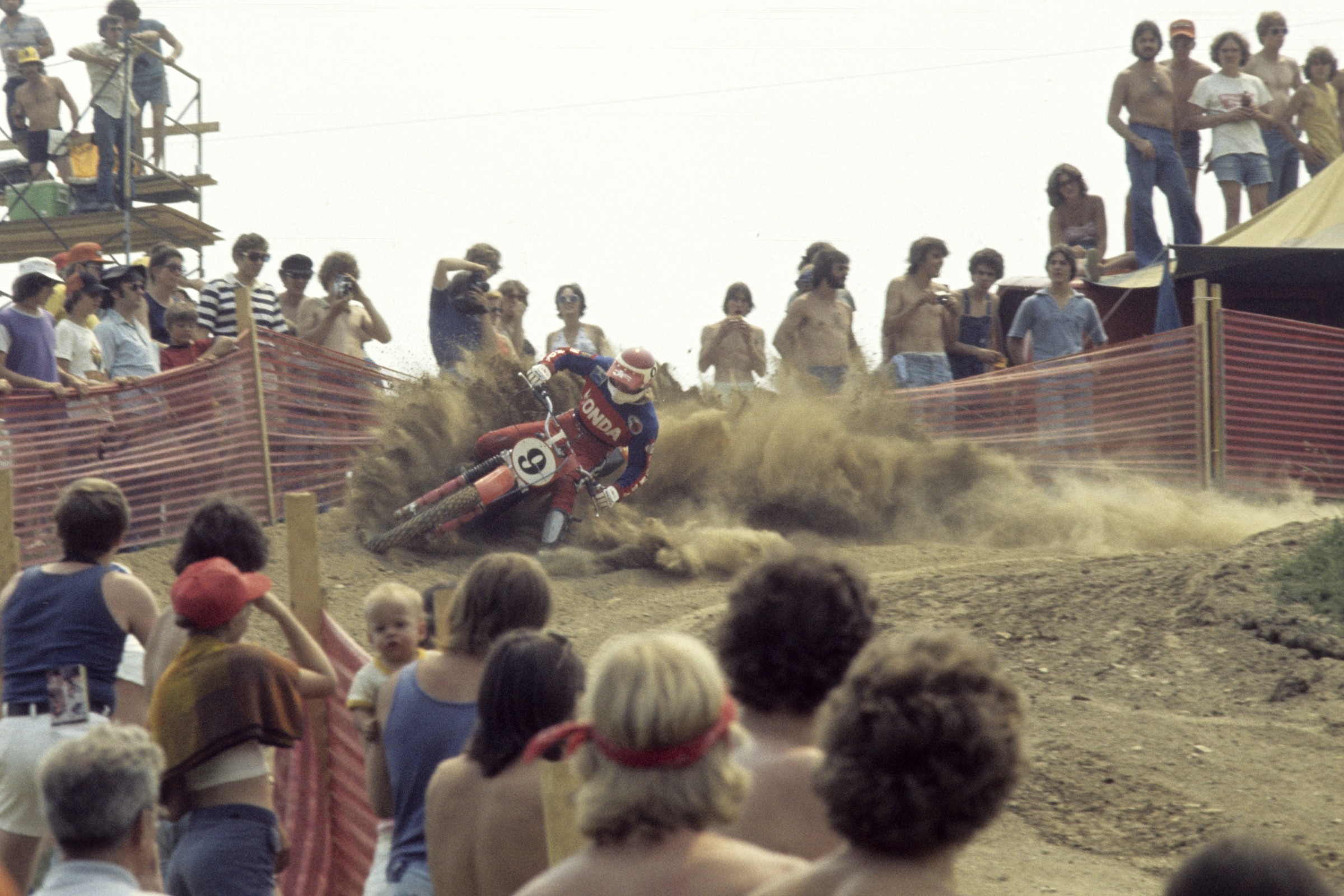 The 2018 Lucas Oil Pro Motocross Championship, sanctioned by AMA Pro Racing, is now just 17 days away! The 50th Annual Hangtown Classic, just outside of Sacramento, California, will go off the starting gate on May 19.

As we count down NBC Sports Gold's 30 Greatest AMA Motocrossers, the pressure is mounting. There are so many truly exceptional athletes who have participated in this series since 1972 that it's impossible to do any list without leaving some very fast men out. There's also the difficulty in ranking the greatest of all, making sure to measure the racer's success in his own era, and then imagining how they might match up against the heroes of another time, who race upon different equipment, on different types of tracks.... Time to grab a tear-off and a higher gear.

Marty Smith was the original superstar of American motocross. In the mid-seventies, he was tapped to ride Honda's new CR125 Elsinore in the inaugural 1974 AMA 125cc National Motocross Championship, and he immediately led the way. He was a good-looking, polite, and supremely talented kid from San Diego who looked more like a surfer than the old stereotype of a leather-jacked motorcycle rider (blame Marlon Brando and Lee Marvin in The Wild One for that). Over the course of the next four years, he won three National titles, racked up 12 National wins, and probably more motorcycle magazine covers than any other American rider up to that point. He's #17 on our list.

Marty Smith was a very fast kid on a Monark when he started making a name for himself around SoCal. This was happening at the same time the idea of a 125cc class was being kicked around to recognize as a third class for the outdoor Nationals. There was a standalone 125cc U.S. Championship race in 1973, won by Ray Lopez, but it wasn’t until 1974 that an actual series was launched that consisted of all of four races. In ’74, Smith won the first two: the Hangtown Classic in Plymouth, California, and then again at the old National track outside Salt Lake City called Manning Raceway. By the time the short series was over, Smith had nearly double the points of the runner-up, his Honda teammate Bruce McDougal (two more Honda riders, Chuck Bower and Mickey Boone, came next).

The series was expanded in 1975 to seven races, and everyone expected Smith to win again. But then the first race was a mudder—Hangtown '75 was maybe one of the muddiest races ever—and Yamaha factory rider Tim Hart won as Smith struggled. But after that, it was all Smith. Marty won the last six races, and this time he really did double the points of the next man on the charts, Tim Hart.

And then a Hurricane hit Smith and everyone else in American motocross. A challenger roared out of the desert in 1976 named Bob Hannah, and he caught Smith and Honda at a vulnerable time—not only were they struggling with a new factory bike here in the States, but they had decided to dispatch Smith to Europe to compete simultaneously in both the newly-minted FIM 125cc World Motocross Championship, on a completely different bike. Between Hannah's sheer onslaught, the back-and-forth overseas travel, and then the inability to race his GP bike on the AMA circuit due to the threat of an ongoing claim by his old teammate, Boone's, father, Smith was out of sorts. He didn't win a single 125cc National, though he did win two 125cc Grand Prix races, including an epic duel with Hannah at the U.S. round at the old Mid-Ohio circuit. But the Hurricane dominated the 125 Nationals and took Smith and Honda's #1 plate away.

One year later, Smith, now done with 125s, took some revenge. In a wild 500cc National Championship battle with Hannah, Smith came out on top by 24 points after Hannah snapped a throttle cable on his Yamaha at the final round at Sunshine Speedway in St. Petersburg, Florida. It was Smith's third National title, and possibly the sweetest.

Smith's 1978 season started out badly. At the fourth stop on the supercross tour—the Astrodome in Houston—he was involved in a pile-up off the start that left him with a broken pelvis, defending 250 Motocross Champion Tony DiStefano with a torn-up knee, and Jimmy Ellis with a separated shoulder. Smith made it back for the 500 Nationals to wear his #1 plate, but he finished second on three different occasions, and lost his #1 plate to another Yamaha rider, Rick Burgett.

More injuries followed in 1979, and Smith ended up riding Suzukis the next two years. He showed flashes of speed, both indoors and outdoors, but never won another race. His 12th and final outdoor National win came in 1977 at the 500 National at Unadilla, fittingly enough. Even though he flirted with the idea of making a comeback on a Cagiva, Smith's last AMA Motocross race came at Carlsbad on August 16, 1981. He was only 24 years old.

Marty Smith's legend in American motocross is relatively bigger than his actual numbers might suggest. But the series were shorter back then, and injuries were much more difficult to come back from. Yet his speed, his technique, and his charisma add to his success, make him an all-time hero, and put him at #17 on NBC Sports Gold's 30 Greatest AMA Motocrossers.

You can check out all of Marty Smith's outdoor National and supercross finishes right here in the Racer X Vault.