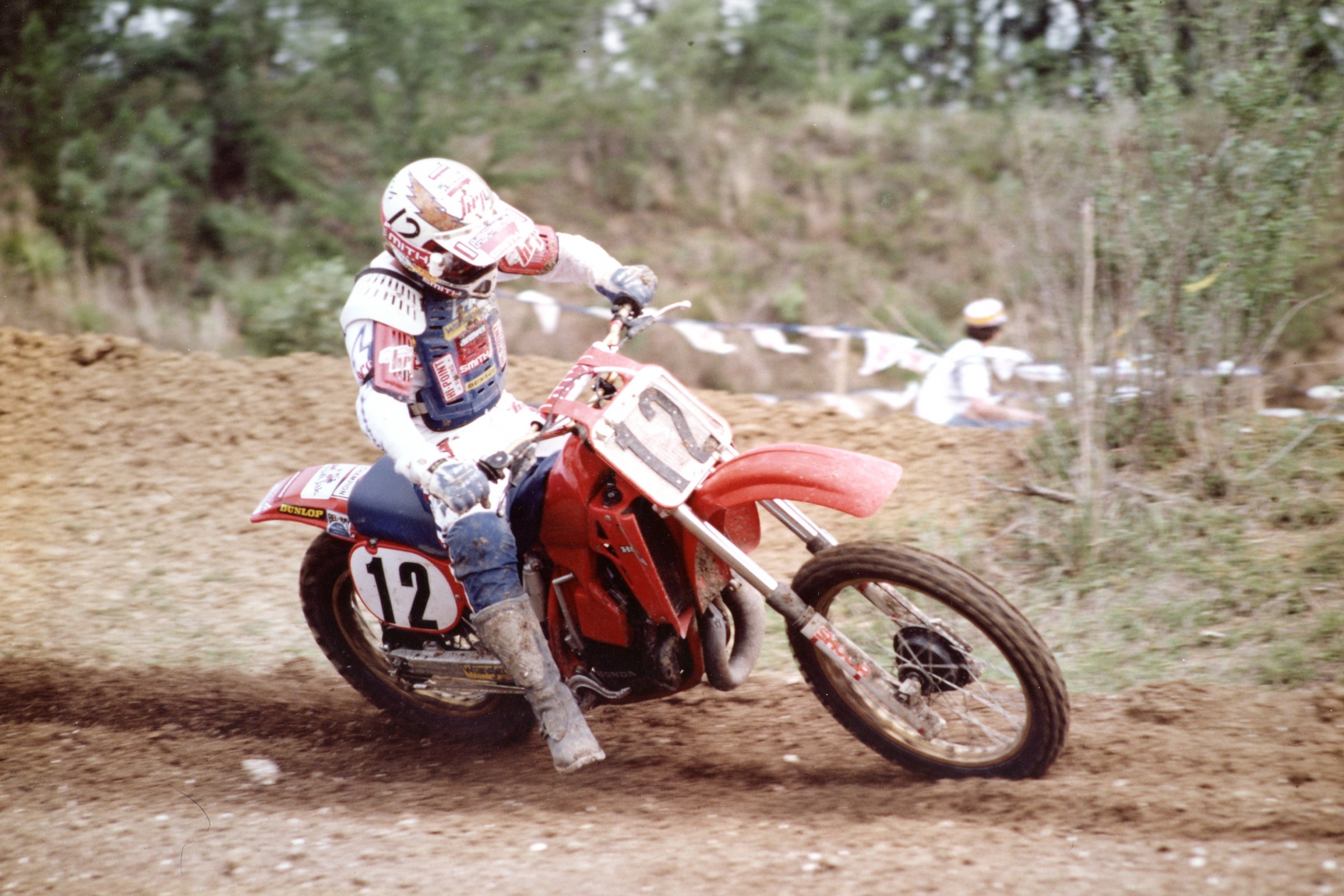 The 2018 Lucas Oil Pro Motocross Championship, sanctioned by AMA Pro Racing, will be held tomorrow! The 50th Annual Hangtown Classic, just outside of Sacramento, California, will go off the starting gate on May 19.

Motocross started in Europe in the twenties, and the continent remained the dominant power for the next 50 years or so. Late to the sport, American motocross pioneers did not cause much concern for the dominant racers from Belgium, Sweden, England, and more. Over the years, strides were made as “scrambling” caught on here and the Americans started getting faster. The Ekins brothers, Joe Bulger, John DeSoto, Gary Bailey, Barry Higgins, Mark Blackwell, the Grossi brothers, the Jones boys—they were all a part of the evolution, along with many others. In 1973, Jim Pomeroy became the first American to win an FIM Motocross World Championship Grand Prix, and later that year, Jim Weinert would be the first to win a Trans-AMA. Brad Lackey would eventually become the first to win an FIM World Championship title, but that was later.

Then Bob Hannah showed up, and all hell broke loose.

Motocross fans from way back know the story of how Hannah showed up in 1976 “like a hurricane,” according to Cycle News beat reporter Jim Gianatsis, who gave "the Hurricane" his nickname. A wild child from the California desert with exactly one AMA National race under his belt (a sixth-place finish at the '75 Cycle-Rama in San Antonio), Hannah was signed by Yamaha for the '76 season.

His first stop was in Florida, a state no stranger to hurricanes, to race the then-glorious Winter-AMA Series. He dominated on a 250 and had a couple of decent supercross finishes in the three races that led up to the outdoor opener, the Hangtown Classic. It was there that Hannah was dispatched to the 125 Class to take on the seemingly invincible Marty Smith and his factory Honda. It was April 4, 1976, one of the most pivotal days in motocross history.

The fiercely competitive Hannah didn’t just beat Smith and everyone else. He dominated. And he would continue to do so throughout the series. Granted, Smith was having issues with his Honda, but Hannah was reshaping the way men raced motocross. His wild riding style, flamboyant character, and killer instincts were a unique package that seemed to catch Marty and everyone else off-guard. The standard for training was raised by Hannah, and so was the speed. He was able to go faster and go longer, and he wasn't intimidated by anyone. In fact, Hannah pretty much hated everyone else he raced against—especially Europeans.

Whether it was an act or just downright meanness, Hannah approached every race with a burning desire to win, and when the 1976 125 Nationals were complete and it was time to race the Trans-AMA Series against the true masters of motocross led by Roger DeCoster, Hannah went to war. He introduced himself to "The Man," the then-five-time FIM 500cc World Motocross Champion, by running up his leg at Unadilla. It was a signal that the game was changing, and Roger and friends took heed. For the next three years, their Trans-AMA battles would be epic, with the Europeans slowly giving way to the Americans, led by the wild-riding Hannah, plus Tony DiStefano, Weinert, Howerton, and more. Hannah rattled every visitor's cage every chance he got, including calling them all “commie bastards” over the P.A. at the FIM 250cc U.S. Grand Prix at Unadilla.

Of course, this list is about AMA Motocross, and Hannah was exceptional there. He won three titles and a then-record 37 Nationals, spread across three classes (not mention to three straight supercross titles). And while his numbers would be eclipsed in years to come, the stats themselves are not Hannah's legacy. What made him such a legend—and what he changed on the racetrack—was his speed itself, the aggression, the work, and the mindset of everyone around him. He wanted to win so badly that it was contagious. You had to work like Hannah and ride like Hannah if you wanted to beat him.

Hannah also bridged the gap from supercross to outdoor motocross before anyone else, taking the skills he mastered in the stadiums and putting them to use outside. That made fast starts, a frantic pace, and precision jumping motocross requirements. And when Europe wasn't quick to follow, the Americans would soon surpass them.

Bob Hannah was not part of the historic team that won the 1981 Motocross and Trophee des Nations that signaled the transfer of world motocross power from Europe to America—that was Danny LaPorte, Johnny O'Mara, Chuck Sun, and Donnie Hansen—but he led the surge that preceded it. Even though he was sidelined at the height of his dominance for more than a year with a shattered leg from a water-skiing accident, his influence was obvious in what was happening on racetracks everywhere. Even a couple years after he came back, Hannah seemed well on his way to winning the 1983 AMA 250 Motocross Championship, as well as the SX title, before a broken wrist once again slowed him. The next year, it was his pelvis. Then the wrist again.

Hannah raced well past his prime, with injuries slowing his speed, but not his desire. By the time he was done in the late eighties, well past the time of his early peers Smith, DiStefano, Weinert, and, of course, DeCoster, the sport itself had completely changed. Hannah was the driving force behind that transformation, even though his pure stats don't quite reflect his deep influence. While it was Brad Lackey who would win that first world title, it was Hannah who set the pace during that crucial era.

There are several truly great riders who could have been #2 on this list of NBC Sports Gold 30 Greatest AMA Motocrossers, which has made the bench racing so much fun these past 29 days. But anyone who saw Bob Hannah race at his absolute best—banging elbows and busting boots with the old guard, leading the way in the new way of racing—certainly understands why Hannah ranks just above the rest. The Hurricane was the game-changer for American motocross in its collective race against the rest of the world.

To see all of Bob Hannah's results in both SX and MX, check out the Racer X Vault.