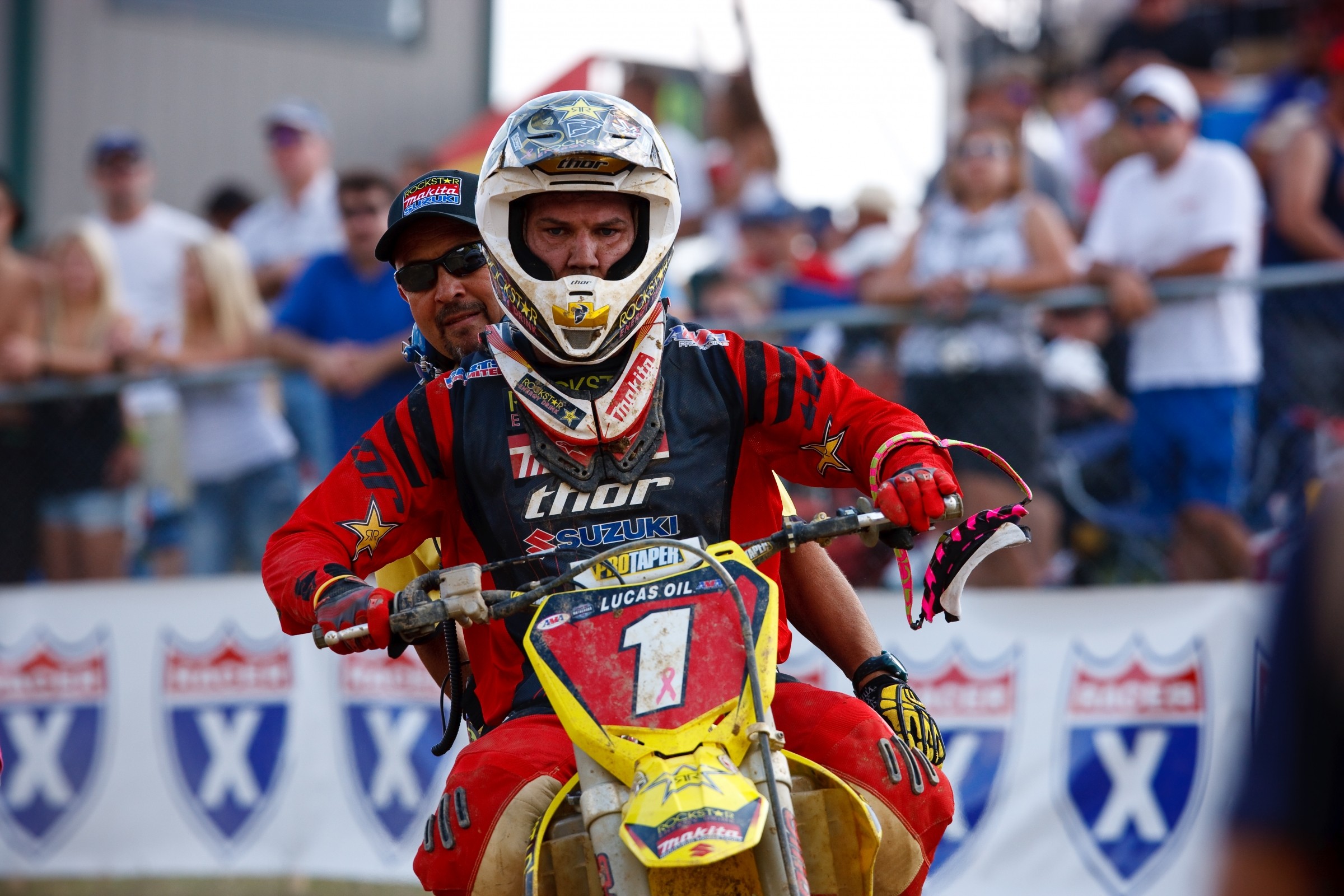 The 2018 Lucas Oil Pro Motocross Championship, sanctioned by AMA Pro Racing, is now just 26 days away! The 50th Annual Hangtown Classic, just outside of Sacramento, California, will go off the starting gate on May 19.

You have to be pretty special to make this list as an active racer (although Reed hasn’t raced Lucas Oil Pro Motocross since 2105) with only one AMA Motocross title, as there have been so many incredible motocross racers over the years who have managed to win one title or more. But Australian’s favorite moto son Chad Reed was never in doubt, he was going to make the list; it was just a matter of where.

In an interesting contrast, yesterday’s #27, Brad Lackey, only logged one real season in the U.S. before leaving for Europe to chase his fortunes in the GPs. Reed did the opposite, spending one season in Europe racing the GPs (he finished a strong second in the 250 GPs to Mikael Pichon) before moving to chase his fortunes here. Despite Reed using up a year of his prime in the GPs (which don’t count for this countdown) and also electing to not race the Nationals for a few years, we put Reed at #26 for what he’s done. Chad’s never been as good outdoors as he’s been indoors (he was our number six on our all-time supercross list), but that’s only because his star is so bright under the lights that we sometimes forget just how fast he is under the sun.

And as proof, in 2009, he was the guy in AMA Motocross. A late entrant to the Nationals on the factory Rockstar Makita Suzuki RM-Z450, Reed hadn’t raced outdoors for two years and it showed at the beginning. But soon enough, the champion’s skill came out and he started clicking off the wins on his way to his one and only MX title. The 2009 450 Class championship was hard-earned.

Reed had the unfortunate luck to line up against Ricky Carmichael in the 450 Class, and, like Kevin Windham, we think he possibly had some more titles in him if not faced against the GOAT. Reed has 11 career overall wins and an incredible 45 podiums in the big bike class, which is fifth all-time. His one season in the 250 Class (then called the 125 Class) garnered him one win and six podiums, as he finished second overall to James Stewart. Including his title, Reed’s been top-three in the outdoor standings in either class five times. And in two of those years, he was inside the top three before getting injured late in the season.

There’s no doubt that years from now, when Chad’s telling his kids about his racing days, he’ll talk about the 2011 450 Class title as one that got away. At Millville, Minnesota, Reed had ridden a superb race to capture the first moto and extend his points lead to an astonishing 21 points over Ryan Villopoto. There were 11 motos left, and despite young competition like Villopoto and Ryan Dungey, Chad was authoring another amazing series, this time on a team he owned. But as we all know, Reed flew off his bike on the first lap of the second moto in a crash heard around the world, and that was it. Nagging injuries from the crash took the wind out of sails. It was one that he should’ve, would’ve and could’ve won.

We also think there’s no doubt that Reed would’ve won or at least challenged for the 2007 450 title, had he chosen to line up. Once Carmichael called it a career and James Stewart went out with a knee injury, it was anyone’s series, and does anyone reading this not think Chad would’ve been one of those guys?

Chad’s stats of wins, podiums, ability to win in both classes, what he left on the table with an SX-only deal and just by watching him go really fast over the years makes him an easy choice for this countdown.