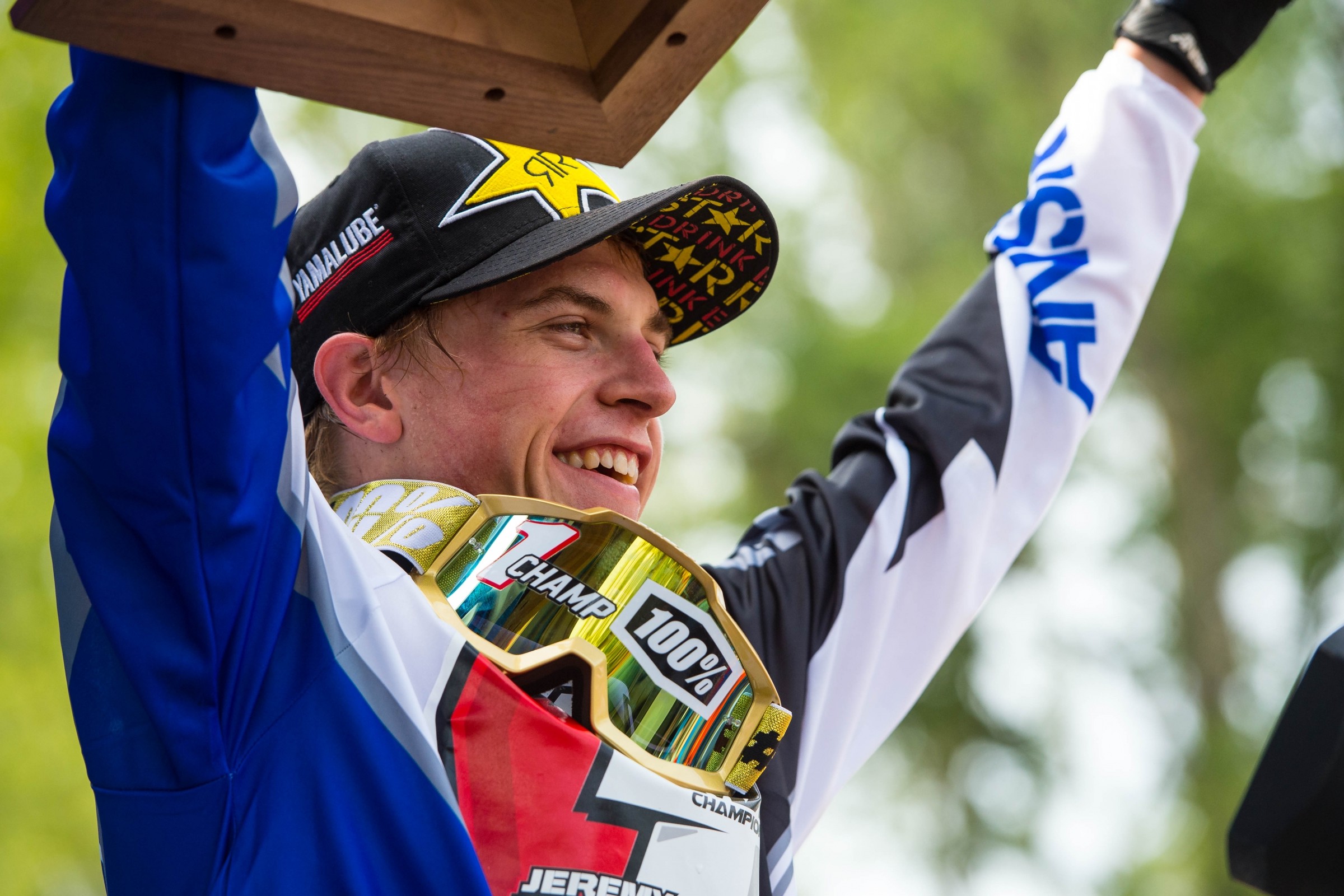 The 2018 Lucas Oil Pro Motocross Championship, sanctioned by AMA Pro Racing, is now just 30 days away! The 50th Annual Hangtown Classic, just outside of Sacramento, California, will go off the starting gate on May 19.

And as we drop the first starting gate on this countdown, #30 is new to the rankings: Jeremy Martin.

Millville, Minnesota’s Jeremy Martin grew up on a motocross track—literally. His family owns and operates Spring Creek Raceway, an annual stop on the AMA Pro Motocross tour that goes back to 1983. Jeremy and his old brother Alex are the sons of John Martin, who was a National-caliber off-road racer and a Can-Am factory rider. While neither son was ever a big minicycle racing star—they have zero AMA Amateur National titles from Loretta Lynn’s between the two of them—they picked up speed when they got on bigger bikes, especially younger brother Jeremy. While both would eventually become outdoor AMA National winners, it was Jeremy who became a two-time counting champion.

While Alex Martin struggled for several years as a privateer when he turned pro, Jeremy Martin started out with Bobby Regan’s Star Racing Yamaha team,just as the program was about to become one of the major players in the 250 Class. It was at the start of his second professional season (2014) that Martin hit critical mass, and he started the series with four straight moto wins at Glen Helen and Hangtown. By the time the season was over, he had five National wins and his first title.

Helping to guide his career at this point was the man he would replace on this list at #30, 1983 AMA 125 National Champion Johnny O’Mara. The O’Show was one of the top riders of the 1980s, especially on a 125, but his career totals show only nine National wins and that one title.

One year later, in 2015, Martin would get five more wins and another championship for Star Racing Yamaha. He went into the ’16 season hoping to join all-time 125/250cc greats Broc Glover, Mark Barnett, Ricky Carmichael, and Ryan Villopoto as a three-time champion, but a mix of bad luck and intra-squad drama saw him win just one race and surrender his title to teammate Cooper Webb.

For 2017, Martin decamped for the GEICO Honda team and won two races, but another rider—Rockstar Energy Husqvarna’s Zach Osborne—emerged as champion. But Martin’s career 250 National wins now stand at 13, he has two #1 plates, and he still has this coming summer to add more wins and maybe even that third title.

Here are all of Jeremy Martin’s results in the Racer X Online Vault.