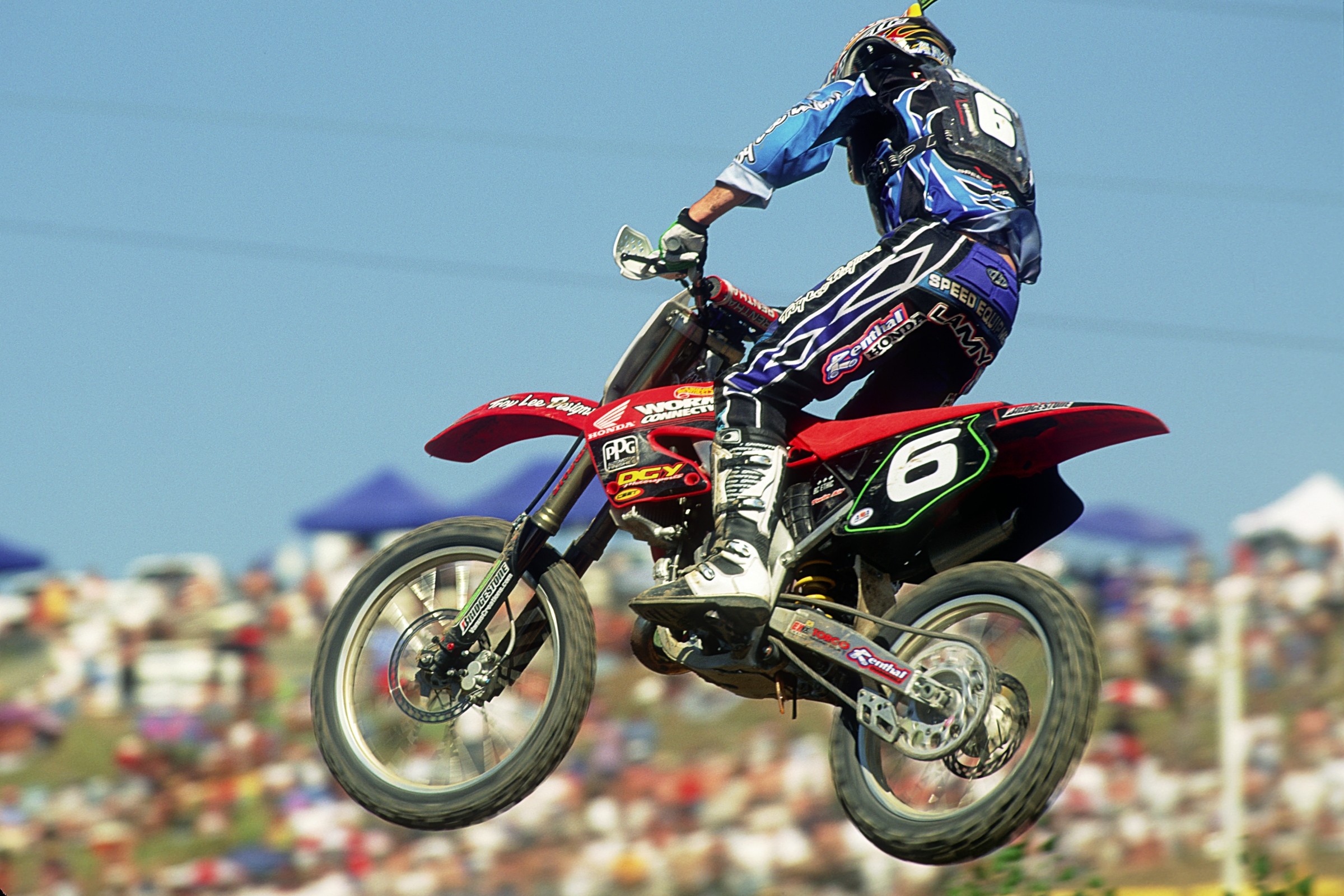 The 2018 Lucas Oil Pro Motocross Championship, sanctioned by AMA Pro Racing, is now just 24 days away! The 50th Annual Hangtown Classic, just outside of Sacramento, California, will go off the starting gate on May 19.

There was a time there in the mid-nineties when Northern California’s Steve Lamson was probably the second-fastest motocross racer in the world. Or at the very least, he was in the conversation when people were standing around bench racing about who was the best. Lamson was the epitome of a 125cc specialist, and he won two consecutive 125 outdoor titles on the factory Honda in 1995 and '96.  And although it doesn’t count for the purpose of this countdown, we also tip our cap to Lamson, who beat every single other rider in a moto on the 125 at the Motocross des Nations in 1996 in Jerez, Spain—the first rider to ever pull off that feat and the only to do it on a 125cc motorcycle.

With 21 AMA Motocross wins, all in the 125cc Class—four were at Hangtown, his local National, including the first and last wins of his career—and the most 125 National podiums of anyone (47 total, seven more than anyone else), he is in the conversation with James Stewart, Ricky Carmichael, and Mark Barnett as the fastest tiddler rider ever.

But his only real success came in the small-bike class. Lamson's attempts on the bigger bike showed he was no slouch, but he somehow never managed to win a race on a 250, a fate shared by such 125cc specialists as Micky Dymond, George Holland, Guy Cooper, and Erik Kehoe.

Lamson’s greatest outdoor season was probably 1995 when he was Doug Henry's heir-apparent at Honda, but he missed races at the start of the Nationals with a knee injury. At one point mid-season, he was 60-some points down and all was lost. But thanks to some incredible riding, Lamson came all the way back and clinched the title in the last moto of the season at Steel City, when he beat his fierce rival Ryan Hughes. It was a true comeback for the ages. The next year, he dominated the class.

He earned himself a factory Husqvarna ride after that and another try at the 250 Class, but injuries and an ineffective bike took him out of running on the white bike. But like always, he collected plenty of fans along the way by being one of the friendliest guys around and talking to anyone and everyone.

Lamson qualified for his last National in 2007, twenty years after his first pro race in 1988. That's quite a run for a very fast man. And it's amazing to us that he's not made it into the AMA Motorcycle Hall of Fame!

Two-time 125cc AMA National Champion Steve Lamson comes in at #24 on the NBC Sports Gold Greatest AMA Motocrosser countdown. Here are all of Steve Lamson's race results, in both motocross and supercross, safely kept in the Racer X Vault.