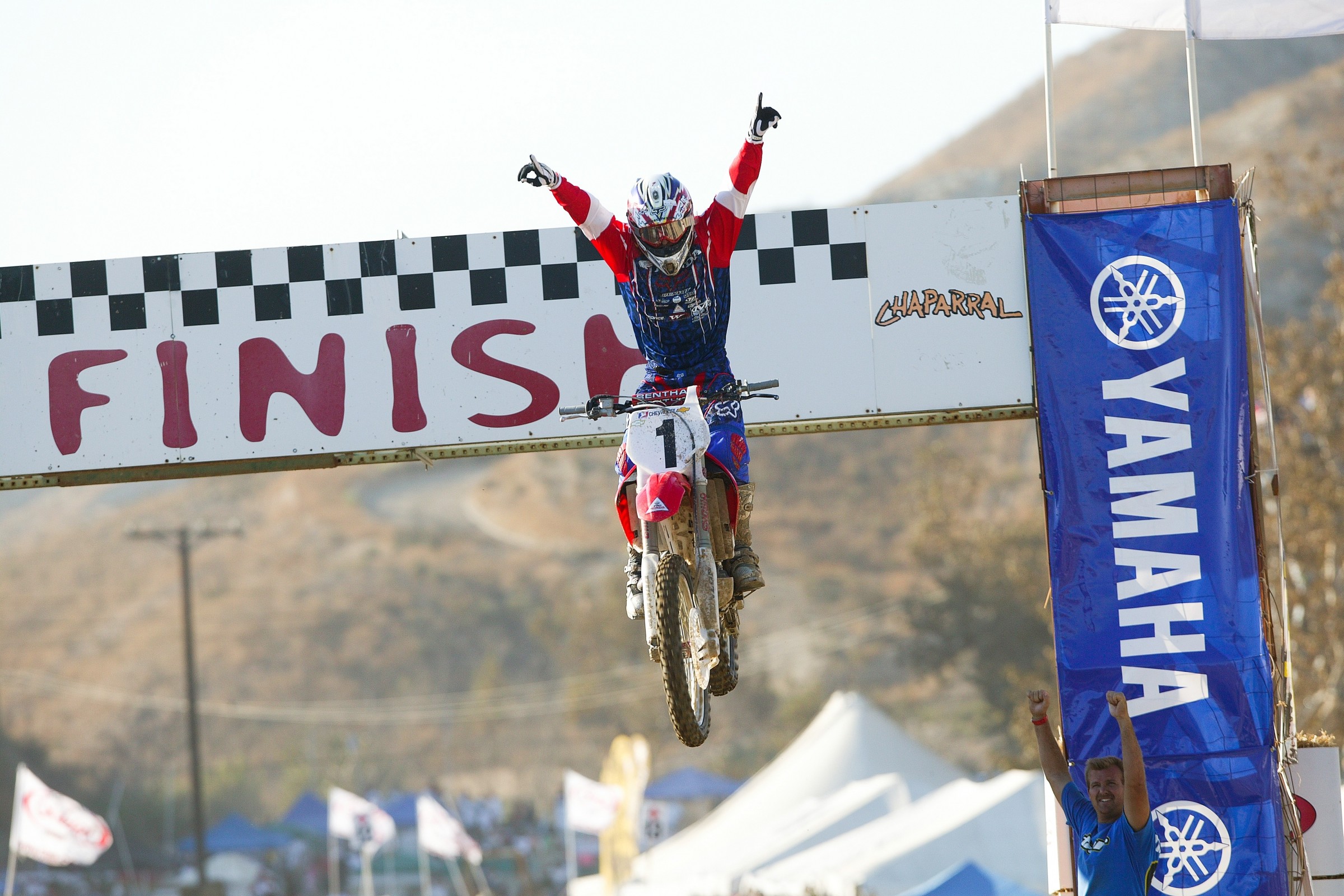 Any conversation about who might be the greatest AMA motocrosser of all time starts and stops with Ricky Carmichael. He really is the Greatest of All Time. Ten championships in ten seasons—ten consecutive seasons. He dominated on 125s in the late nineties. He dominated on 250s in the early millennium. He dominated on 450s when the whole things changed. He won on Kawasakis, he won on Hondas, he won on Suzukis. All told, he won 102 Nationals, which is more than double of the next guy on the list, James Stewart. In fact, Carmichael has more wins that Ryan Dungey and Ryan Villopoto combined. He won as a rookie, and he won as a part-time rider in the last year of his career, 2007, when he only rode six races and won them all. And in those ten championship seasons, Carmichael never needed the last round to take the title—he clinched early every time. The highest active rider on the overall wins list is current Lucas Oil Pro Motocross Champion Eli Tomac. He has 21 wins. He turned pro in 2010. Think about that.

But it’s unfair to single out any current or even past champion. Carmichael’s career winning percentage is an astonishing 80 percent. Just like Jeremy McGrath in supercross, Carmichael truly rewrote the record book in AMA Pro Motocross. That’s why he’s the GOAT, and that’s why he’s still #1 on our list of the 30 All Time Greatest AMA Motocross racers of all time.

For the record, here are all 102 wins and his career results: