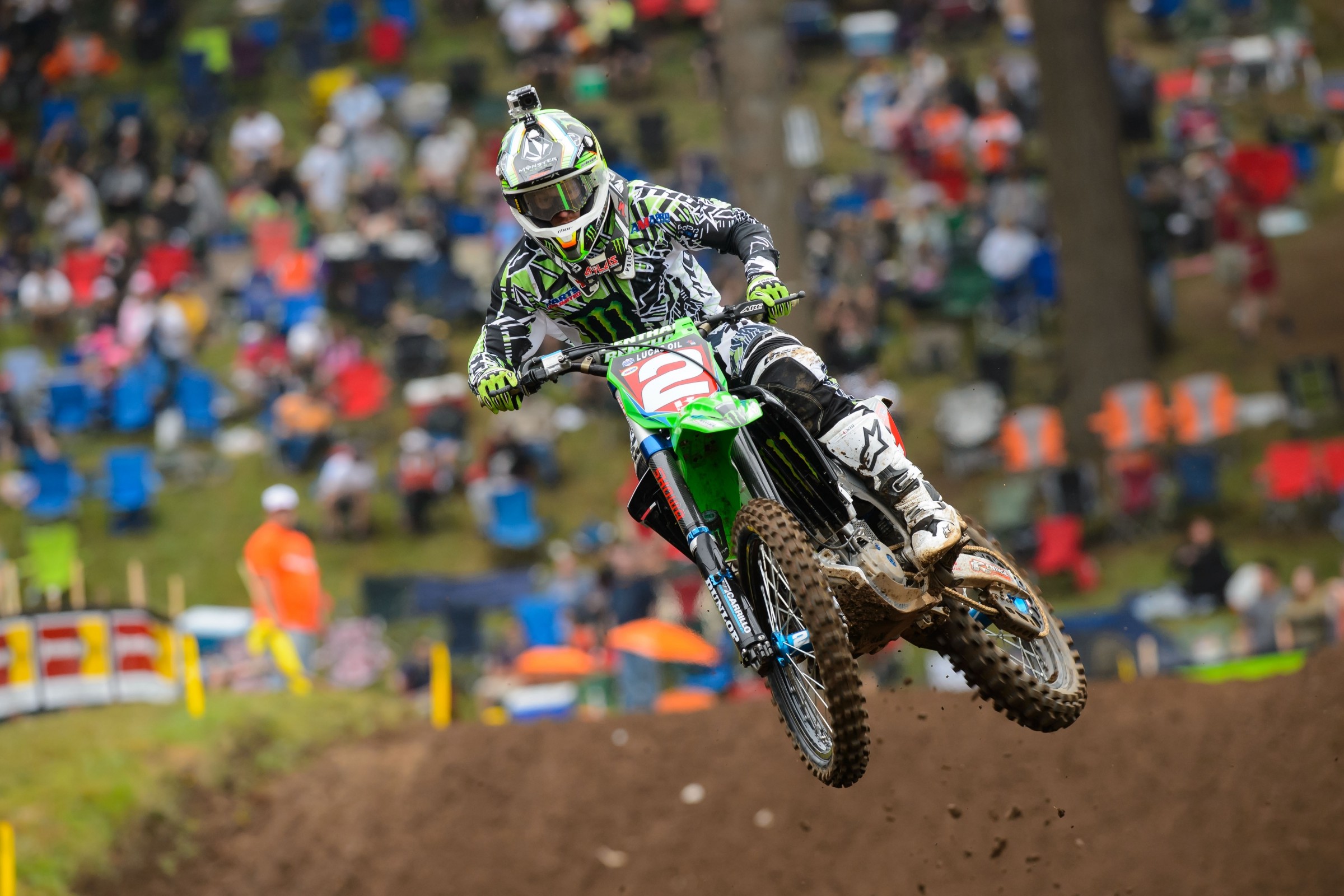 The 2018 Lucas Oil Pro Motocross Championship, sanctioned by AMA Pro Racing, is now just 7 days away! The 50th Annual Hangtown Classic, just outside of Sacramento, California, will go off the starting gate on May 19.

Ryan Villopoto’s career will be defined by two incredible runs. The first came at the beginning, when he turned pro and almost immediately won three consecutive Lites AMA Pro Motocross Championships as well as one Lites SX title. The second was an even more impressive run of four consecutive Monster Energy AMA Supercross Championships that effectively closed out his career. During the first period he was easily the best 250 motocrosser on the planet, proving it three straight years at the Motocross of Nations. In the second he was the best supercross rider on the planet, and the closing argument for that can be found in the way he rode off from the AMA circuit: leading the last eighty laps he competed and the last four main events handily in wrapping up that fourth straight title.

So why is Ryan Villopoto not ahead of Ryan Dungey on this list like he was the last time? Because when RV pulled out of the ’14 Lucas Oil Pro Motocross Championship, it meat that the 2013 title run was effectively the end of his outdoor career in America. Sure, there was that ultimately doomed added trip to Europe for the 2015 MXGP World Championship, but his heart never seemed to be in it, and when he injured his tailbone in just the fourth round of the season, that was really the end of the line, as he retired soon after.

All told, Villopoto won a total of five AMA Motocross titles—three on 250s and two on 450s—and collected 31 National wins, 19 of which were in the 250 Class. His four straight AMA Supercross Championships and 41 main event wins would put him up much higher on the SX list, as well as a combined SX/MX listing, but for the sake of particular ranking of the 30 Greatest AMA Motocrossers of all time, we have Villopoto ranked seventh.

Looking back on his career, when Villopoto turned pro back in the summer of 2005 it was hard to gauge where he might end up. He was not a dominant minicyclist, often seeming to ride in the shadow of Mike Alessi. But as soon as RV turned pro, he began leapfrogging through the ranks against seasoned racers like Ivan Tedesco, Grant Langston, Josh Grant, the slightly older Alessi, and more. He reached the podium early in his career, with a runner-up finish in September '05 at the series finale—only his third professional race.

Villopoto, who hails from Washington, did not do so well in his first SX efforts on the Lites bike, but outdoors he was soon a dominant force in the 250 Class. He won his first National at the third round of '06, then went on to take the title. He would repeat in 2007, holding off the spirited attacks of his new Monster Energy/Pro Circuit Kawasaki teammate Ben Townley. That season ended with the Motocross of Nations at Budds Creek, a race we don't often add into these assessments, but this time it's relevant for two reasons: It was a regular National track, and the ass-whipping he put on the rest of the world (while riding a 250F) was extraordinary.

In 2008 Villopoto would join a rare club of men who have won three straight AMA Motocross Championships in this class: Broc Glover, Mark Barnett, and Ricky Carmichael. He also signed a long-term deal with Kawasaki, which meant moving along another rider, 2008 AMA 450 Motocross #1 James Stewart, to make room for him in the premier class. It was a bold move for a team that had been grooming Stewart since 1994 as an amateur and then paying handsomely as a pro since 2002—plus, Stewart logged a perfect 24-0 season in his final days on green. But the brand bet on Villopoto for the future.

Villopoto's debut 450 tour did not go well, nor did his second in 2010, as injuries wrecked his chances after winning the first round and then dropping out after the second. But in 2011, after winning his first 450 SX title, Villopoto put in an exceptional summer to take the #1 plate away from Ryan Dungey, who by this point was right there with Villopoto on speed, but then had two mechanical issues. Dungey ran out of gas in Texas while leading, then missed the start of the second moto at Southwick when his electronics malfunctioned—both gifts for Villopoto.

The two Ryans teamed up for the summer-ending Motocross of Nations, famously riding across the finish line at the end of the last moto hand-in-hand.

RV won his second straight Monster Energy Supercross title in 2012 and then repeated in ’13 and ’14. But he missed all of the 2012 MX races due to his torn-up knee at the Seattle SX after he had clinched that title. He came back to motocross one last time in 2013 and picked up his second 450 title, this time in much more convincing fashion. He won the last three 450 Nationals he ever entered, which give him a remarkable line in the Vault: He’s the only rider in history to have won by his last AMA National and his last AMA Supercross, and he was streaking each time (three MX races, four SX races). Only Ricky Carmichael comes close: he won his last six Nationals in a row but finished second in his last AMA Supercross (Orlando ’07).

Ryan Villopoto’s unlikely ascent to the top of the sport was a surprise, but the steady level of results he carried once he got there make him one of the all-time greats. Had he not been injured so often for motocross, or stuck around a little longer, he would surely be higher on our list of the 30 Greatest AMA Motocrossers of all time, just as Jeremy McGrath would be.

You can check out all of Ryan Villopoto's results right here.