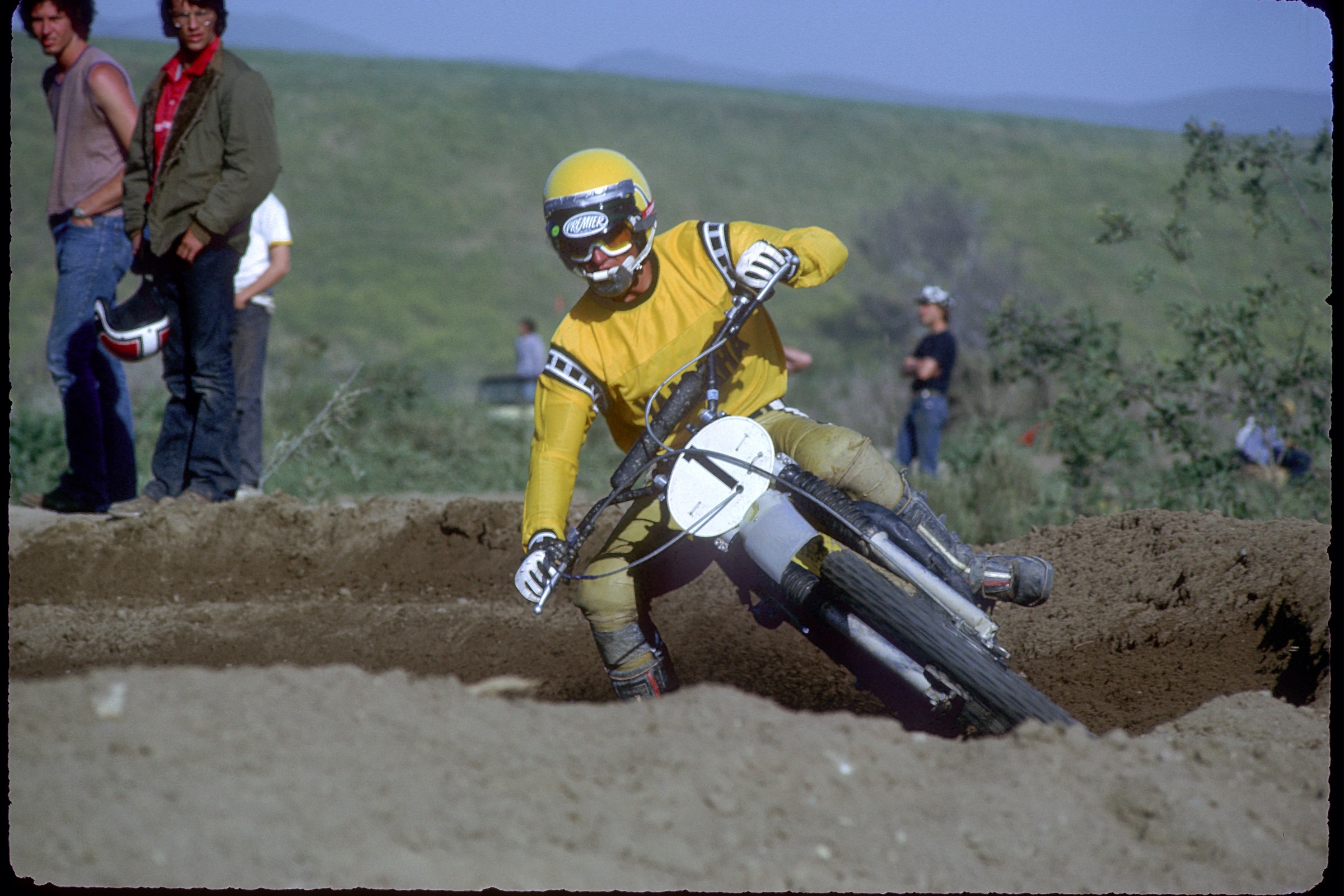 The 2018 Lucas Oil Pro Motocross Championship, sanctioned by AMA Pro Racing, is now just 29 days away! The 50th Annual Hangtown Classic, just outside of Sacramento, California, will go off the starting gate on May 19.

One of the hardest men to rank on our list of the NBC Sports Gold 30 Greatest AMA Pro Motocross racers was as fast as he was influential. In his years on the U.S. circuit, Pierre Karsmakers—who moved from Holland in 1973 after being hired by Yamaha to help develop their U.S. program—was a full-on mercenary. By the time he was done racing—and despite the unfortunate rule-changes the AMA passed to prevent him from counting in the points one year—he did enough to be considered one of the 30 best of all time on the AMA circuit. He also paved the way for many international riders in the future to come race in America.

Karsmakers started racing late, riding a Greeves in Europe in the late sixties before switching over to CZ and then Husqvarna. He first found attention in the States in 1972 Trans-AMA Series, battling the likes of Ake Jonsson and Heikki Mikkola. At the time, Yamaha was looking for a seasoned rider to move here and teach younger prospects like Tim Hart how to race and train for motocross.

“Yamaha wanted have somebody, a European rider, to train some American riders, show them how the Europeans train, how they prepare their bikes and how they prepare themselves for the races and they probably knew I always train hard,” Karsmakers told Motocross Action in an interview that appeared in their first print issue (July 1973). “They knew I had the experience.”

Karsmakers took the gig and immediately dominated the 1973 Winter-AMA Series in Florida, a tour that rivaled the nascent AMA National Motocross Championships in competition and prestige. When the national series started—at Daytona International Speedway, ironically—Karsmakers took over. He won seven of 12 standalone rounds in the premier 500cc class on his way to the 1973 500cc National Championship.

But the series did not end there. Beginning with Unadilla in late September, the national series was rolled into the more prestigious Trans-AMA Series. And because the Americans were still racing below the level of the international participants, “top American” was named winner of the national, and the AMA riders were given points for both series. Here's the rub: Karsmakers was not an American, but he was racing the AMA series, so the decision was made to allow him to claim “top American” honors when he earned them. And if Karsmakers won the race outright, which he did at Unadilla and Puyallup in Washington, he was Trans-AMA winner, “top American,” and 500 National winner—all at once! In the end, Karsmakers scored an astonishing 2,659 total points. Yes, it was a different points system, but here's perspective: 500cc Nationals runner-up Mike Runyard had just 1,427 points. That's domination!

Things got even more confusing the following year. “Top American” in the Trans-AMAs was dropped and the domestic series completely separated. But then the AMA proclaimed that because Karsmakers was not a U.S. citizen, he was not eligible to claim the AMA National Motocross Championship. So the previous year's “top American” was now left out of the standings in the 250 Nationals (the class he chose to race in 1974). Still on Yamaha, Karsmakers won three more Nationals, but the title went to California-born Gary Jones. There was some consolation: a new stadium series was introduced that spring, dubbed the Yamaha Super Series, and Karsmakers ended up winning it. When the name of the series was changed to supercross one year later, Pierre went into the history books at the first AMA Supercross Champion.

One year later Karsmakers moved to Team Honda, and the ridiculous rule against him counting for points was thrown out for good. But Karsmakers, by that point 28 years old, was not the dominant rider he was before. He won a single 500 National (Mexico, New York) and ended up third in the short five-race series. From there, injuries and age began to mount, as did the rapid improvement of the Americans he was brought over to help teach. He won his last big race on July 18, 1976, at Cycle World in St. Peters, Missouri. His last race in America was a sixth at the 1978 High Point 500 National.

Karsmakers did had long-reaching effects. He was the first man on the U.S. scene to get serious about training, testing, and all of the other aspects of racing that are now the rule for success. And at a time when some of America's best riders like Brad Lackey and Jim Pomeroy were heading to Europe to seek their fortunes, Karsmakers came this way, blazing a path that would later be followed by Jeff Leisk, Jean-Michel Bayle, Mickael Pichon, Greg Albertyn, David Vuillemin, Grant Langston, Chad Reed, and many, many more. Pierre Karsmakers was a true motocross pioneer.

“The Americans? They are getting very fast,” Karsmakers told MXA back in 1973. “One day they will be World Champion, for sure....”

He was also spot-on.