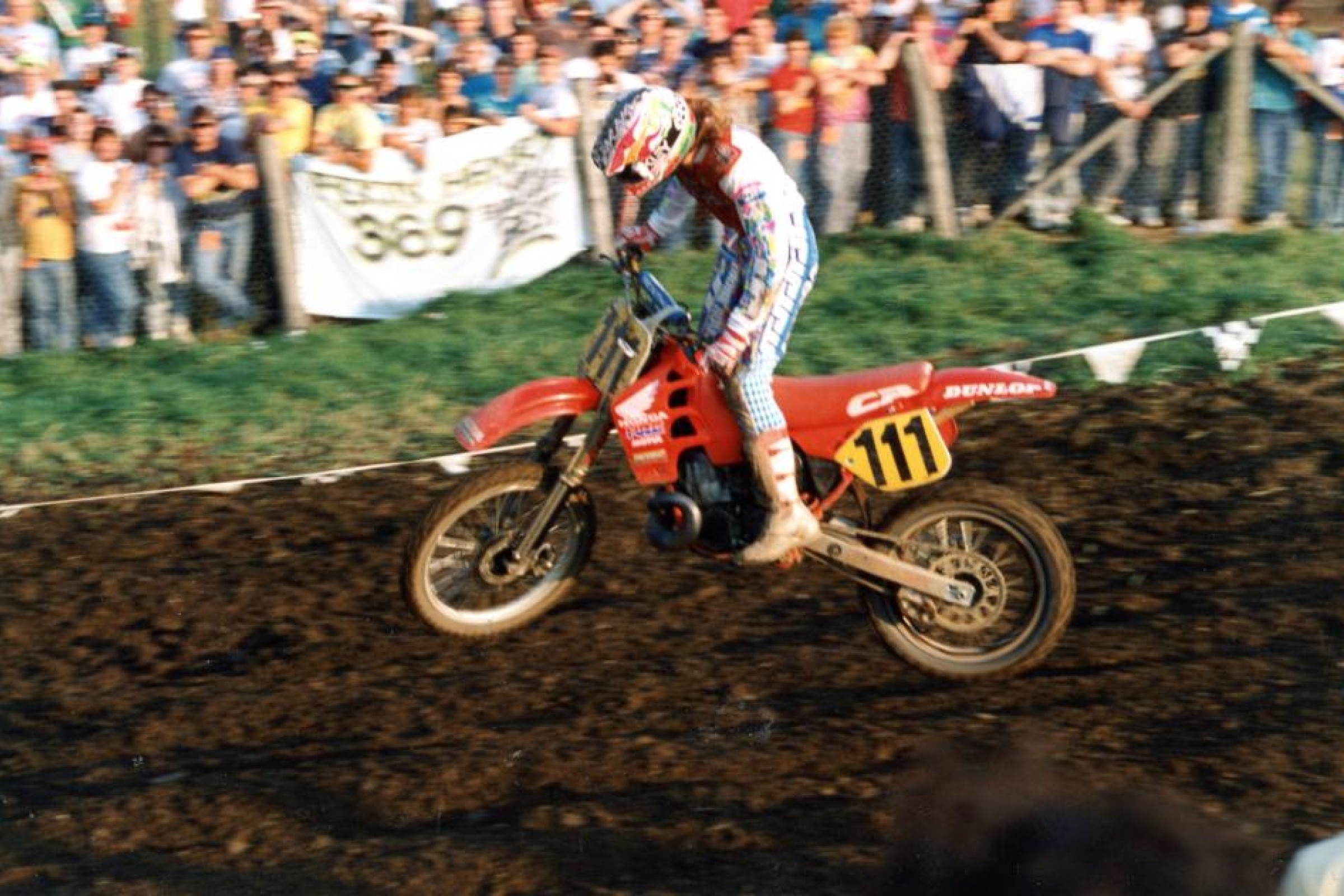 The 2018 Lucas Oil Pro Motocross Championship, sanctioned by AMA Pro Racing, is now just 22 days away! The 50th Annual Hangtown Classic, just outside of Sacramento, California, will go off the starting gate on May 19.

It was hard for us to place Tony DiStefano yesterday as the 23rd Greatest AMA Motocrosser in series history, and it's even harder today to place the iconic Jean-Michel Bayle at #22 on this list. That's because every conversation of the most naturally talented, most technically brilliant riders includes the extraordinary JMB.

But as brilliant as his career was in AMA Motocross, it was just as brief—a total of just over three years on the circuit. The Frenchman won ten nationals and two AMA Motocross titles. Those championships came in Bayle's extraordinary 1991 season, where he became the first rider in history to win three titles in one year: AMA Supercross, 250 Motocross, and 500 Motocross. That alone would seem like enough to place him much higher on this list, but there's more to the story....

In 1989, Jean-Michel Bayle landed in America with help primarily from Pro Circuit, hoping to convince Honda's Dave Arnold and Roger DeCoster that he belonged here. After some inspired supercross rides, any doubts about his skills against the likes of Jeff Stanton, Jeff Ward, and Ron Lechien disappeared when he won the first 250 National of the season at Gainesville, Florida. Then it was back to Europe.

By the time Bayle came here full-time in 1990 at age 19, he already had two FIM World Championships to his name. His stated goal was to win an AMA Supercross title, so he didn't seem to mind that Honda assigned him to the 125 class outdoors. After barely losing the SX title to his Honda teammate Jeff Stanton by seven points, Bayle seemed to have the 125 National Motocross Championship in hand, with four wins in the first seven races. But then he broke his arm at Washougal, ending his first title run.

His season for the ages was 1991. Bayle captured the AMA Supercross Championship he coveted, then turned his attention to motocross, where he would methodically capture the 250 title from two-time champion Stanton without actually winning a single round of the seven-race series, while bad luck kept four-race winner Stanton from defending his #1 plate. In the 500 class, JMB was a little more aggressive, splitting the wins in the six-race series with Jeff Ward before winning the title by nine points.

It's at that point, the end of his amazing 1991 season, that Bayle's story—not to mention his interests—changed. The versatile JMB let it be known that he was ready to turn his attention to a whole new challenge, one that had nothing to do with dirt. Bayle wanted to go road racing, and he wanted to start at the top. With his leverage as a motocross champion, he convinced Honda to sign him to a development deal with their 250cc GP road racing team in Europe. But first he had to do one more year of SX/MX in the States. Bayle rode the 1992 season with an obvious lack of interest, basically handing his #1 plates back to Stanton in SX and 250 MX and the 500 MX title to Kawasaki's Mike Kiedrowski.

Just like that, the great Jean-Michel Bayle was done with motocross. He went road racing, getting up to speed quickly, only to begin a string of crashes and injuries that kept him from ever reaching his true potential there as well. But he was followed here to the States by a whole legion of fast young Frenchmen: Mickael Pichon, Stephane Roncada, Sebastien Tortelli, David Vuillemin, Rodrig Thain, Steve Boniface, Eric Sorby, Matthieu Lalloz, Christophe Pourcel, Marvin Musquin....

Had Bayle stayed interested in dirt bikes a little longer, there’s no telling what might have become of the epic 1992 AMA Supercross showdown between Stanton or Bradshaw, during which Bayle admittedly wasn't really trying, let alone how he would have fared against the coming force that was Jeremy McGrath.

But supercross is not part of this ranking. What we do have on Jean-Michel Bayle for this list is one extraordinary season, two AMA Motocross titles, ten national wins, and an endless conversation about how much greater he might have been had he kept at it. Consider that only two riders in history have AMA National MX titles in all three classes (125, 250, 500), but had JMB not crashed his 125 points lead away in ’90, he’d have likely won all three titles in the course of just 12 months during the ’90 and ’91 seasons.

Consider his innovative technique of dragging the rear brake out of turns to control his CR500—which required his mechanic, Cliff White, to develop a special air scoop to keep the brake from overheating—Jean-Michel Bayle was truly amazing and innovative and ahead of his time, but his time just didn’t last very long.

Want to check out all of JMB's outdoor national results? You can find them right here.