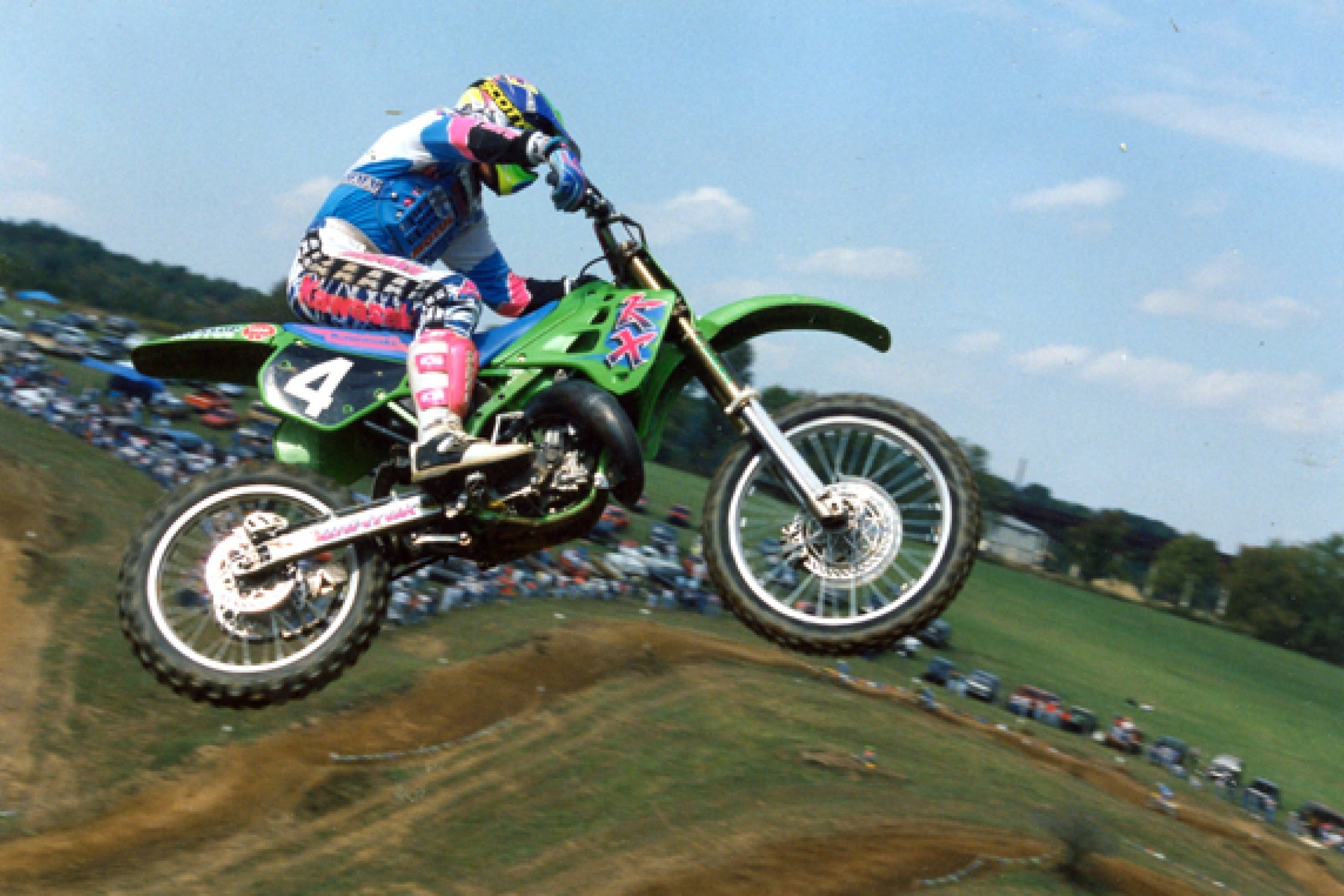 The 2018 Lucas Oil Pro Motocross Championship, sanctioned by AMA Pro Racing, is now just 10 days away! The 50th Annual Hangtown Classic, just outside of Sacramento, California, will go off the starting gate on May 19.

As we narrow down the names and legends in the NBC Sports Gold's 30 Greatest AMA Motocrossers countdown, we come to one of the true workhorses in motocross, a man who quietly claimed four AMA Motocross Championships and 25 National wins over three different classes.

Mike Kiedrowski is arguably one of the least typical motocross superstars on this list, and maybe the most underrated. From the time he erupted on the National scene in 1989 as a support rider for Team Honda, running the #762, he seemed out of place up front. The “MX Kied” was a late bloomer from Canyon Country, California, and he was never flashy, never loud, and never one to toot his own horn. He mostly left the drama and the feuding to guys like Damon Bradshaw and Jeff Matiasevich, and even his short-term Honda teammates Jean-Michel Bayle and Jeff Stanton. Kiedrowski, like Mike LaRocco (whom he did some partial feuding with), was more focused on steady results and championships than headlines and turf wars.

His rise to prominence in '89 actually came in his third year as a pro; Kiedrowski rode for Team Green Kawasaki as a pro-am in '87 and '88 and even scored a few top-ten AMA National finishes. But it was in the summer of '89, after he upset the much-ballyhooed Bradshaw and defending champ George Holland for the AMA 125 Motocross Championship, that Mike started getting the recognition he deserved.

In 1990, things did not go so well at Honda. Kiedrowski was caught up in a turf war between newly-crowned AMA 250 Supercross and Motocross Champion Stanton, the imported Bayle, and the expected-to-return team captain Rick Johnson. Kiedrowski joined the 250 class in SX, but was not on the level of title-battlers Stanton and Bayle. Outdoors, even though he held the #1 plate in the 125 Class, Honda seemed to give Bayle more attention. JMB seemed well on his way to the title before breaking his arm, so it was time for Kiedrowski to step up again. After a furious late-season charge, Kiedrowski ended up losing his #1 plate to Suzuki-mounted Guy Cooper by a single point (518-517).

At that point, Kiedrowski decided to make a career change. He left Honda for Kawasaki in the hopes of being ready to take over as the team's top dog after the veteran Jeff Ward retired. While riding the 125 Class for the last time outdoors, he won a second outdoor title, this time getting the better of Cooper.

The next season, Kawasaki let him move up to the 250 and 500 classes, and after finishing second to the driven Stanton in the 250 Nationals, Kiedrowski beat Jeff by three points to take the 500 National Championship.

By 1993, everyone was dealing with a new phenom in supercross in the form of Jeremy McGrath, but MC rode a 125 outdoors, which gave Kiedrowski a clear shot at adding a fourth outdoor #1 plate, either in the 250 or 500 Class. With the 250s running first, he wasted no time, dominating the seven-race series by winning six rounds—his best summer as a professional, at least until LaRocco got some revenge by winning the 500 Class title in a shortened four-race series (the last AMA 500 National Series, as it turned out).

The stage was set for an all-Kawasaki showdown in the newly extended 1994 AMA 250cc Motocross Championship between four-time champ Kiedrowski and his teammate LaRocco. The two were trading wins and barbs throughout the early going, including a post-race ramming incident at RedBud when Kiedrowski, angry at the Rock, let his emotions get the better of him after a hard-fought first moto. But Kiedrowski took the second moto and what appeared to be the momentum in the series.

Unfortunately, at the very next race, Kiedrowski took a big stone to his hand and broke his knuckles, ending his title run.

In 1995, Kiedrowski, now one of the veterans since both Ward and Stanton had retired and Bayle had gone road racing, did not have his usual solid season. He won two 250 Nationals, but he did not seem as motivated as before and he decided to take a possibly permanent hiatus from racing the following year.

He would return in 1997 as a Honda of Troy rider, then soon veer into off-road racing. By that point his legacy, in American motocross as one of the best ever was set: Kiedrowski's four titles over all three divisions remain a testament to his diversity, as well as the talent and desire that land him at number ten on NBC Sports Gold's 30 Greatest AMA Motocrossers list.

You can go through all of Mike Kiedrowski's results right here in the  Racer X Vault.