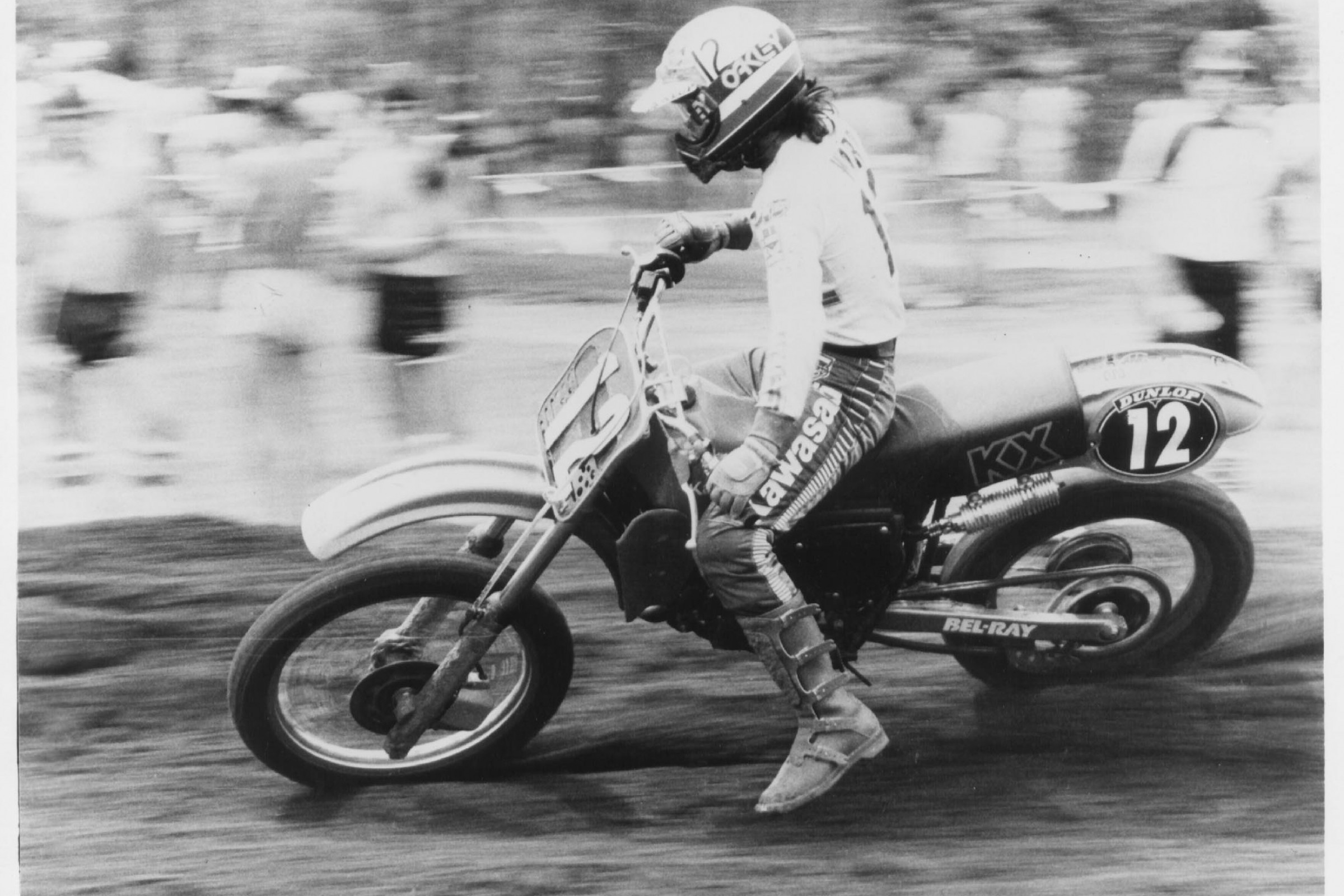 The 2018 Lucas Oil Pro Motocross Championship, sanctioned by AMA Pro Racing, is now just five days away! The 50th Annual Hangtown Classic, just outside of Sacramento, California, will go off the starting gate on May 19.

Jeff Ward was always destined for greatness. He made his entry into motorcycle racing lore on the biggest stage of all at the time, the film On Any Sunday , where he rode a seemingly endless wheelie for Bruce Brown’s cameras. He was just a kid then, but it was obvious he was something special. By then, “The Flying Freckle” was a terror on the West Coast minicycle circuits, battling the likes of fellow can't-miss kids Brian Myerscough, AJ Whiting, Jim Holley, “Flying” Mike Brown, and more. A full factory Honda XR75 rider, he was featured often on the cover of Minicycle Action magazine. The battles he and Myerscough in particular had at events like Saddleback Park’s World Mini GP were the stuff of legend. But it's what he would do as a professional over a long and triumphant career that would land him at number five on our NBC Sports Gold 30 Greatest AMA Motocrossers list.

Possibly due to his stature, success took some time when Ward turned pro. He rode a Suzuki in his first races, then seemed to have a deal signed with Team Honda before Kawasaki turned up at the bargaining table with a solid offer. Ward took it, and he would stay green throughout his pro motocross career.

He raced with the giants, too, from Bob Hannah to Jeff Stanton, along with David Bailey, Broc Gover, Johnny O'Mara, Mark Barnett, Ron Lechien, Rick Johnson, Mike Kiedrowski, and Jean-Michel Bayle. The nine of those men, plus Wardy himself, make up one-third of the riders on this list.

His first real pro rivalry bloomed with fellow Californian O'Mara, as the two went after three-time AMA 125 National Champ Mark Barnett in 1983. In a four-way tilt that included young Ronnie Lechien, O'Mara would end up on top for his one and only outdoor championship.

Ward would have to wait until the next year to avenge himself against Johnny, winning the lion's share of the 125 Nationals, often in a split decision; O'Mara often took the first moto on his sleek Honda, and Wardy would rebound the second time out. It was more than enough to earn his first major title, and Ward would back it up the next year by taking the AMA Supercross title from O'Mara and beating him out for the 250 AMA Motocross title as well, taking five of ten wins in a series that included Johnson and Bob “Hurricane” Hannah.

In 1986, a huge change was made on the AMA circuit: The “production rule” went into effect, getting rid of the works bikes that were driving up the costs of racing. (It also ended one of the coolest eras for race fans here.) But there were still races to race, and Ward, the defending SX and MX champ, did not have a great season on his new production bike. He didn’t even qualify for the Anaheim '86 opener, which really set the tone for the season that Honda riders David Bailey and Rick Johnson would dominate. Ward would finish fourth in the 250 MX series behind RJ, Bailey, and O'Mara, and then third in the 500 Class behind Bailey and Johnson.

Wardy got even with a great run through the '87 supercross series, earning his second #1 plate there. But he came up short in his bid to regain that #1 plate in the 250 Class, as RJ once again had his number. But in '88, Ward again got even, sticking his Kawasaki up front and keeping it there for another 250 AMA Motocross title.

In 1989, Ward became the first rider in AMA Motocross history to have won a title in all three major divisions, as well as AMA Supercross, when he topped rising star Jeff Stanton for the 1989 AMA 500cc National Motocross Championship (he only finished 16 points off Stanton’s winning total in the 250 Class). Ward and Mike Kiedrowski are the only riders with titles in all three AMA Motocross classes, and Ward’s 250 SX titles make him the only rider to win a championship in every major division. In 1990, with Johnson still suffering a wrist injury, Stanton again barely beat Ward out for the 250 title, but Ward again got the better of Stanton for another 500 title—his fifth in AMA Motocross.

His amazing career would finally come to an end in 1992, with Wardy—still a Kawasaki factory rider—winning his second-to-last outdoor National with a victory at Steel City.

His SX success and two titles aside, Jeff Ward would spread his outdoor wins across three classes like this: 11 (125cc), 13 (250cc), 12 (500cc). That's the most diverse winning record in motocross, showing that he just might have been the best all-around rider of all time.

It should be noted that Ward's diverse talents also paid off in the annual Motocross and Trophee des Nations. He stepped up and rode for his country every time he was called, and he never lost, riding at one point or another in the 125, 250, and 500 classes. Those races don’t technically count in these rankings—we will save a greatest-ever Team USA list for later—but it does add to his star power and his reputation as a competitor who was unafraid of anyone, on any bike.