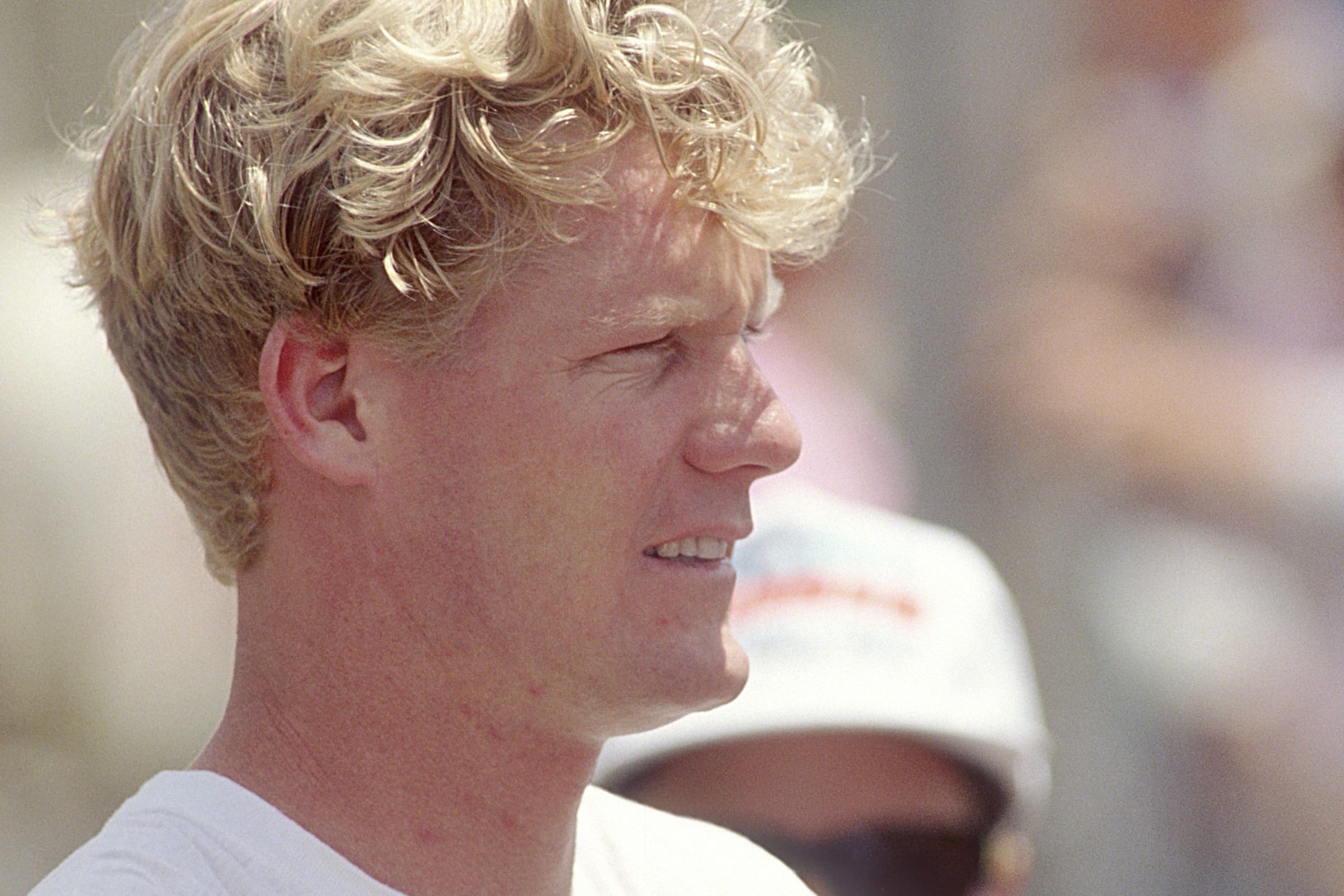 The 2018 Lucas Oil Pro Motocross Championship, sanctioned by AMA Pro Racing, is now just 8 days away! The 50th Annual Hangtown Classic, just outside of Sacramento, California, will go off the starting gate on May 19.

Five years ago, on the eve of the 2013 outdoor season, the editors and contributors of Racer X Online did a countdown of the 30 Greatest AMA Motocrossers of all time, ranking the best riders on the AMA Motocross circuit. You can check out that list right   here.

The mountain gets steeper as we race to the summit of this NBC Sports Gold 30 Greatest AMA Motocrossers countdown—the names get bigger, the legends taller and more difficult to compare. All of the men in the top ten of this list—or really anywhere on this list—could win races against the very best in the world on their best days.

Broc Glover is no exception, and he proved it time and again. Glover was a charter member of the El Cajon Zone, a neighborhood that probably produced more great motocross racers than any other, and he was dubbed “The Golden Boy” because of his blond hair and his extraordinary talents. From 1976 through 1988, he was a constant force in American motocross and earned six AMA Motocross Championships. He earned 35 outdoor wins, all of them on Yamaha, where he held station as a factory rider from 1977 through '88, marking one of the longest tenures of all. And he straddled two great decades of riders: the late seventies with men like Bob Hannah, Marty Smith, Danny LaPorte, Jimmy Weinert, Gaylon Mosier, Kent Howerton, and Steve Wise, and well into the eighties, where he raced against the younger Mark Barnett, Rick Johnson, Jeff Ward, Ron Lechien, Johnny O'Mara, and his great rival David Bailey.

Glover was a precise racer whose technique and style seemed a little ahead of its time. He first got noticed riding DG Hondas in California high school motocross races, then the '76 125 National circuit, where he was top-ten in every round and finished second to LaPorte in the finale.

His path would cross LaPorte's again in 1977. Glover was picked up by Yamaha to ride in support of defending champion Bob Hannah, but when Hannah suffered a disastrous start to the season at Hangtown—the Hurricane only finished 24th—Glover was suddenly thrust forward as the team's best hope against Danny LaPorte, Suzuki's 125cc ace. It went to the final race, the final moto, the final lap: Hannah was ahead in the race, but Yamaha knew that Glover would win the title if he were to pass his teammate. So Yamaha ordered Bob's mechanic, Keith McCarty, to hold out the now-notorious sign: “Let Brock Bye.” Hannah did, Glover won the race and tied LaPorte on points at 240 each, then was awarded the title on a tie-breaker because he had two wins to LaPorte's one.

That was only the beginning for Glover, and he was bound and determined to put the controversial race behind him. He dominated in 1978, successfully defending the title with 110 points to spare over the late Gaylon Mosier, then he repeated in '79, this time with 70 points to spare on Barnett.

It was a different story for Glover and Barnett in 1980—this time it was better for the Bomber. Barnett beat Broc by nine points, ending his 125cc reign at a three-year run.

For 1981, Yamaha decided to move Glover from the 125 Class all the way up to 500s, as his teammate Hannah was coming back from a leg injury that cost him the entire 1980 season. Glover took the assignment and won the title going away from his teammate Mike Bell and defending champ Chuck Sun. He also added that fall's Trans-USA title, winning four of the five races on that soon-to-be-gone series.

In 1982 Yamaha placed Glover in the 250 Class, rather than have him defend the 500 title, and he came within six points of winning the championship—though his efforts were overshadowed by his younger teammate Ricky Johnson's broken wheel in the last race in Colorado, which Glover won. If not for a 14th finish on his own bad day at Southwick two rounds earlier, Glover might have had a 250 title too.

Glover moved back up to the 500 Class in '83—you could only ride one of three classes at the time—and returned to the top over the veteran Howerton (now on a Kawasaki) and the wild man Danny “Magoo” Chandler. His future competition—his defining rivalry—was taking shape in the 250 Class, where David Bailey won his first title for Honda. Bailey would get the 500cc assignment from Honda, with an exquisite works bike to challenge Glover. David took it to him, winning the first eight races while Glover, frustrated on a bike that Yamaha had quit developing, finished second every time but once. Broc would win the last two rounds, but his #1 plate was gone.

The best and worst year of Glover's career came in 1985. He barely lost what would have been his one and only AMA Supercross title to Jeff Ward by two points, the matter made worse by a controversial decision by the AMA to not penalize Wardy when he rode backward on the track at the last round after a crash. But outdoors, Glover avenged himself on that same old Yamaha YZ490, beating Bailey in five of the first eight rounds to take the #1 plate off David's hands. (In a strange side note, Glover clinched the title with two rounds to go, then missed the last two races anyway with a cracked collarbone. For his part, Bailey would jump on a 250 for the very last round in order to help teammate Johnny O'Mara in his title battle with Jeff Ward, leaving the last win of the depleted championship at Washougal to local hero and Yamaha Support rider Eric Eaton.)

In 1986, Yamaha finally moved Glover, now a six-time champion, to the 250 class, and he started out the series with a pair of third-place finishes before a devastating knee injury ended his season. He would suffer a wrist injury the following season; by 1988, he and Yamaha were very much at odds and it was time to move on.

Glover would end his AMA career atop the podium, winning the season-ending Los Angeles Supercross. He would race in Europe the following year on a KTM, but then it was time to call it a career.

So how does Glover, with six titles, only rank eighth here? Half of Glover's titles came in the 500 Class, which, even back, then had lost its luster as the premier class. Beating David Bailey in 1985 was a huge accomplishment, but beyond those two, the rest of the stars were in other classes—primarily the 250 Class, where Glover only won two races during his long career. His race craft was exceptional, even on older equipment like that 490, which he somehow made work. He simply didn't get enough of a chance in the 250 Class outdoors to show that he was the very best of the seventies or the eighties, but he was damn close anyway—and he will always be the Golden Boy. He's also #8 on our list of NBC Sports Gold’s 30 Greatest AMA Motocrossers of all time. The men listed before him are a testament to what an incredible talent he was on any size motorcycle.

To see all of Broc Glover's results from his epic career, visit the  Racer X Vault.