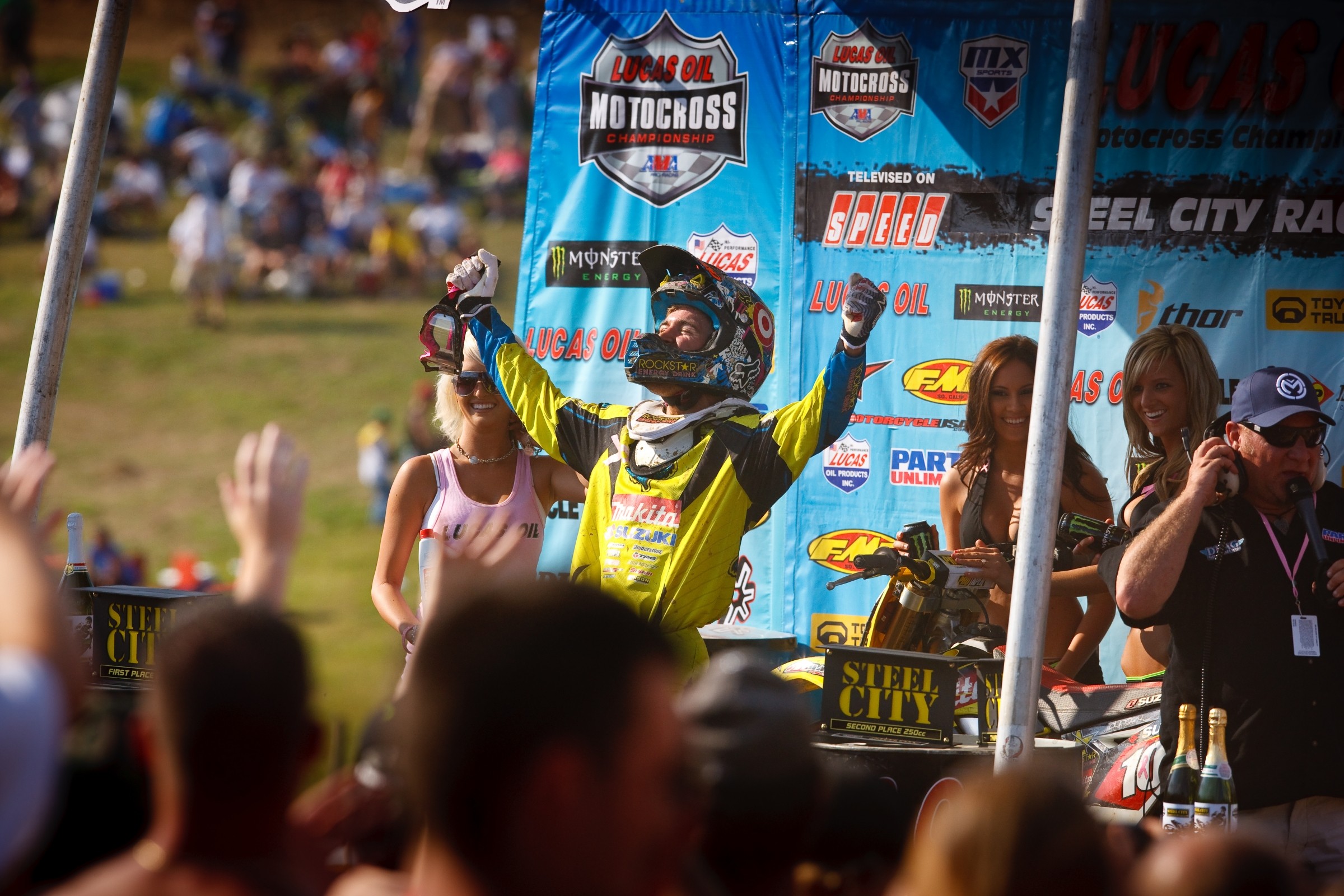 The 2018 Lucas Oil Pro Motocross Championship, sanctioned by AMA Pro Racing, is now just four days away! The 50th Annual Hangtown Classic, just outside of Sacramento, California, will go off the starting gate on May 19.

When we last did a list like this Ryan Dungey came in at #10. He was one spot behind Ryan Villopoto, his nemesis, and still had years in the tank. Little did anyone know that RV, arguably the faster of the two, was very close to the end of his body of work as an outdoor motocross rider. Villopoto had one more Lucas Oil Pro Motocross campaign in him, 2013, which he won. Dungey, on the other hand, had a few more to go. When 2013 was starting RD was coming off a ten-race winning streak, one of the longest in series history. Dungey had made a habit out of being at the right place at the right time, and his sheer longevity, which lasted until May 2017, helped him rack up some very impressive records—numbers much higher than anyone might have expected for a kid from Minnesota that was barely known as an amateur.

For instance, back in 2010, while Dungey was still with Rockstar Makita Suzuki, a terrible crash at the St. Louis SX knocked Villopoto out of title contention in both SX and the following AMA Motocross series. That made for a fairly easy run for the efficient, fast Dungey, who already had a 250 National Motocross Championship under his belt. Not bad career stats for a kid from Minnesota who was plucked from the obscurity of the amateur ranks by star-finder Roger DeCoster, then built a unique training setup where he gleaned all he could from the retired master Ricky Carmichael, whose ranch track he rented.

Villopoto won four straight Monster Energy AMA Supercross titles between 2011 and ’14, and in the summer won two 450 AMA Motocross titles. Straight up, he was better head-to-head during their time on the track together with Dungey. But then RV left, Dungey kept going after switching to Red Bull KTM to rejoin DeCoster. He was consistently at the front for several years after Villopoto retired. In the process his race wins and titles continued to accumulate.

In looking at their pure numbers—Nationals entered and wins—Villopoto was much more efficient but also more fragile. Dungey was a workhorse like Jeff Stanton; Villopoto was more like Rick Johnson—often dominant when he was healthy, but not always healthy.

Villopoto stopped racing outdoors after a title run in 2013. Dungey stayed with it through the summer of ’16. He scored another 450 title and posted numbers second only to the GOAT himself, Ricky Carmichael, in several columns.

All told, Ryan Dungey sits second in many categories of Lucas Oil Pro Motocross. He didn’t have the dominance of Stewart or Villopoto, let alone Carmichael. But he had many more chances to win in extending his career and staying healthy for much of it, unlike Stewart and Villopoto. His longevity must be accounted for, as well as his speed and success and staying power. That’s why he’s #4 on our list of the NBC Sports Gold 30 Greatest AMA Motocrossers list.

You can see all of Ryan Dungey's results here in the  Racer X Vault.