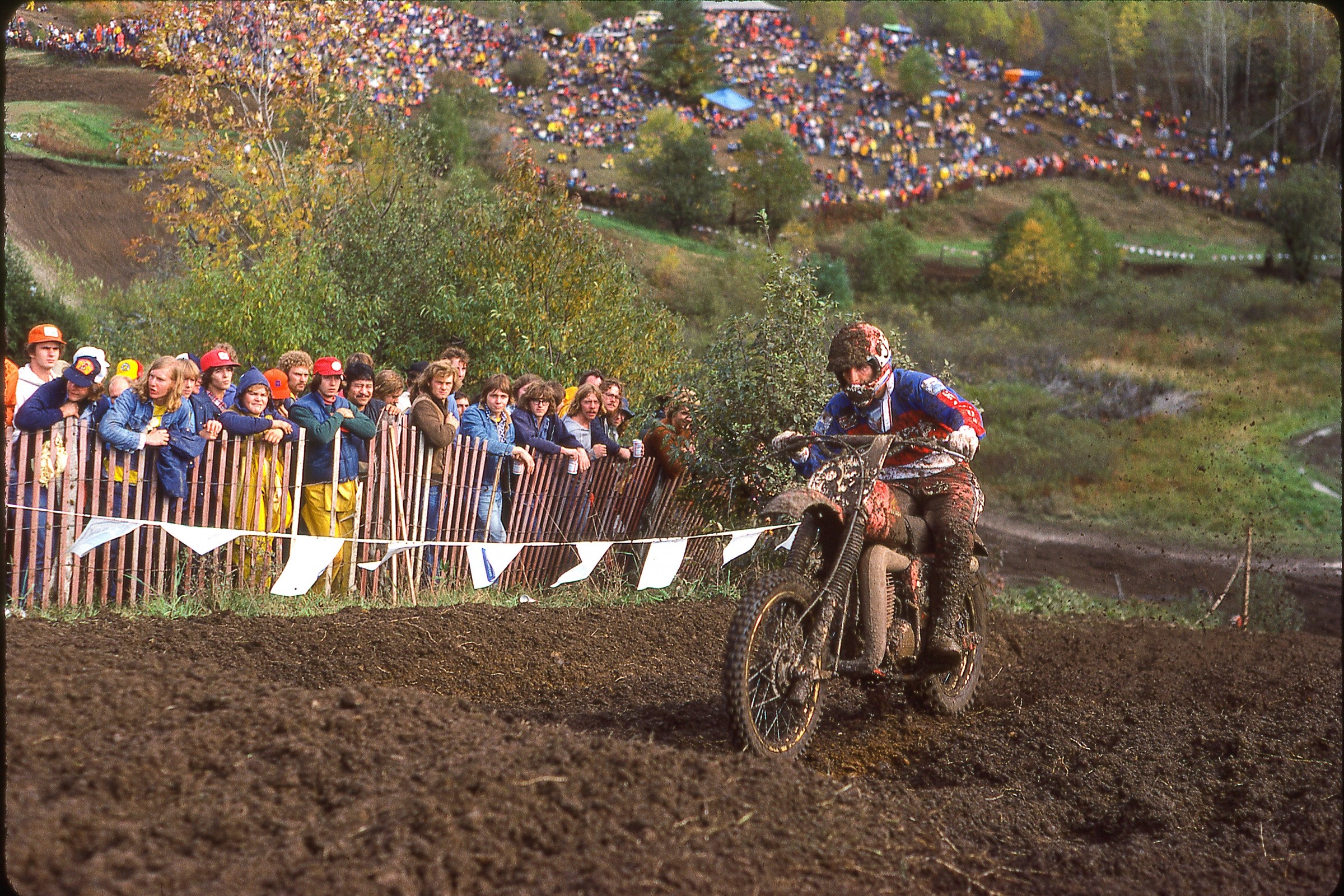 The 2018 Lucas Oil Pro Motocross Championship, sanctioned by AMA Pro Racing, is now just 27 days away! The 50th Annual Hangtown Classic, just outside of Sacramento, California, will go off the starting gate on May 19.

We introduce the 27th Greatest AMA Motocrosser by way of a higher accolade: Brad Lackey is the greatest American motocrosser to ever compete on the Grand Prix circuits of Europe. He is the first American to ever win an FIM World Motocross Championship and became a global ambassador for motocross racing in this country.

However, this countdown only counts AMA National Motocross. Lackey's fairly brief AMA career encompassed just one full season—the inaugural 1972 AMA National Motocross Championship, which he won—and a few select races over the next few years. “Bad Brad” amassed just eight standalone outdoor national wins. That's because the Northern California native was impressive enough to attract the eye of the Kawasaki GP factory team, which wanted him in Europe in 1973. He was ambitious enough to take the challenge.

Over the course of the next decade, Lackey would go on a personal crusade to become this country's first world champion. In the process, it’s likely that he left several more AMA Championships on the table here. He chose instead to race abroad against such legendary motocrossers as Roger DeCoster, Heikki Mikkola, Adolf Weil, Gerrit Wolsink, Graham Noyce, Andre Malherbe, and more. But Lackey kept coming up short in his quest. He bounced around from team to team—Kawasaki to Husqvarna to Honda, back to Kawasaki, then finally Suzuki—before he finally found the right combination: He finally clinched the 1982 500cc FIM Motocross World Championship in the last round at Luxembourg—coincidentally, just two weeks before fellow Californian and AMA export Danny LaPorte won the 250cc World Championship.

Lackey's success on the Grand Prix circuit has him in the AMA Motorcycle Museum's Hall of Fame and Detroit's Motorsports Hall of Fame. Yet his limited time on the AMA circuit lowers his ranking here on the technicality that he simply didn't race AMA Motocross much after 1972, preferring to chase his dreams (and accomplish them) on the other side of the world. It would become a career path followed by such future world champions as LaPorte, Trampas Parker, Donny Schmit, and Bob Moore.

When looking at Lackey's individual results in the Racer X Vault, bear in mind that he is credited with seven wins between October 8, 1972, and November 26, 1972, when he was actually just counted as “top American” in the results of the Trans-AMA Series that was taking place.