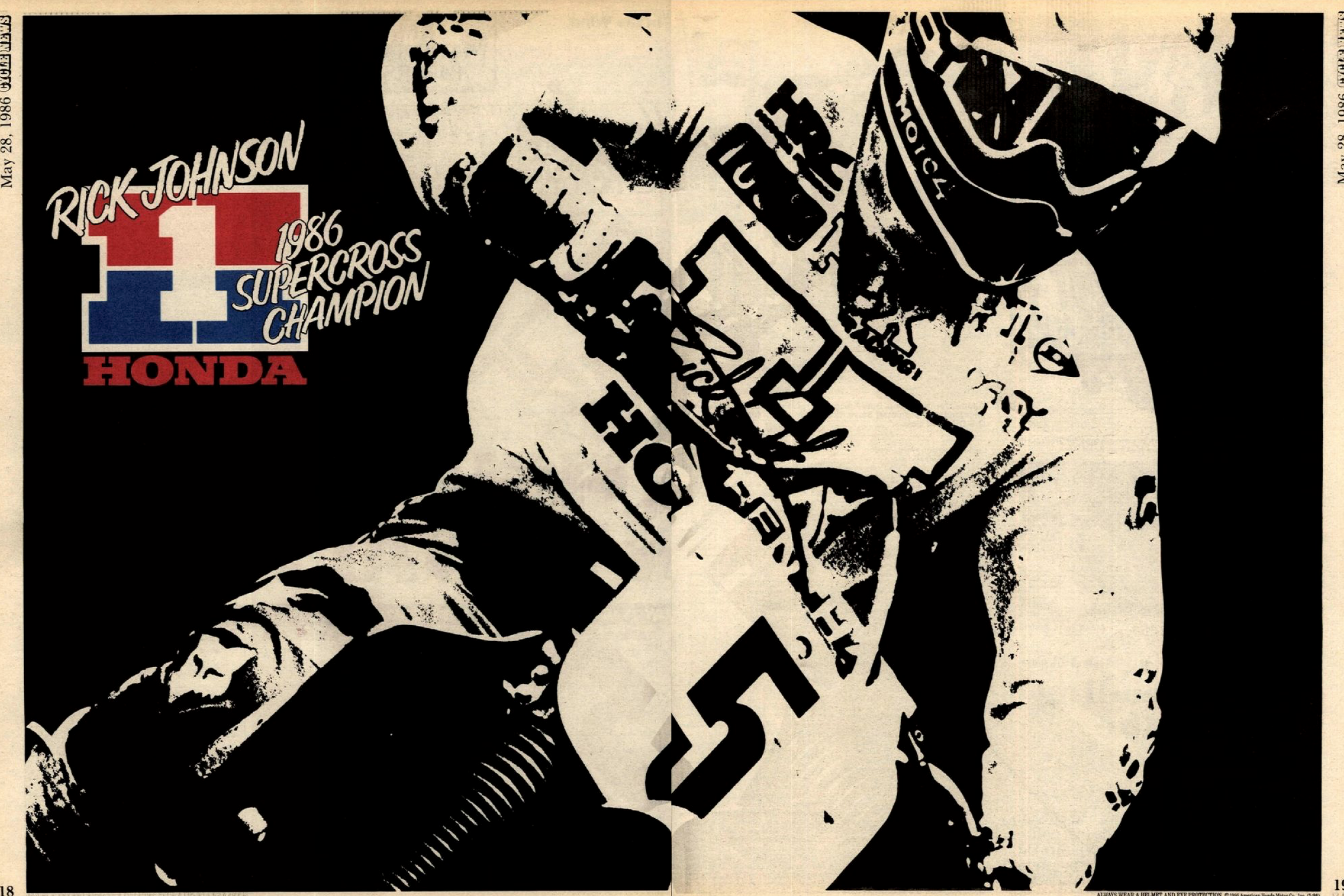 Today is the birthday of the late Bud Ekins, a pioneer in American motorcycling who was best known as either the stunt rider who jumped the border fence in Steve McQueen's The Great Escape, or one of the motorcycle riders considered the inventors of the Baja 1000 (the other was his brother Dave), or the winner of the Catalina Grand Prix, or many, many other things.... But for the sake of On This Day in Moto, we remember him as the first American to score a point in the FIM Motocross World Championship. Ekins did it in the very first year of the 500cc championship in 1952 in the last moto of the series, held in Great Britain. Ekins passed away in 2007.

It was the FIM 250 Grand Prix of Great Britain at the famous Hawkstone Park, featuring Eric Geboers. The Honda HRC factory rider seemed to have the first moto in hand before an apparent crash left him with a broken bike, but Geboers came storming back to win the second moto as he closed in on the 250cc World Championship. The overall winner would turn out to be Finland's Pekka Vehkonnen, whose sister Karina would become the wife of none other than Roger DeCoster.

One year later, there was an AMA 125/250 National at Road Atlanta, and Kent Howerton won there as well—only now Yamaha's Bob "Hurricane" Hannah was back from a year off with a broken leg and finished second. Honda's Donnie Hansen placed third, and the ageless Gary Semics finished fourth on a Suzuki.

The Road Atlanta race was promoted by Bill West, and he almost had to cancel due to a drought making for very dusty conditions. But on the morning of the race, a light rain helped water the track. The race marked the return of longtime Southeast referee Freddy Ephram, who had suffered a heart attack. "I'm an old single man, but you all are my family," Ephram told everyone during the riders' meeting, according to Cycle News reporter Tom Mueller.

American motocrosser Donny Schmit swept all three motos of the German FIM 250cc Grand Prix, catapulting him into contention for the world crown. The Chesterfield Yamaha rider had been pretty much shut out in the first three rounds of the series, but the 1-1-1 in Germany was preceded by a 1-1-1 in Italy, and just like that, Schmit was even with Italy's Alex Puzar, who was also aboard a Yamaha. It was at this race that early points leader Stefan Everts of the Bieffe Suzuki team was injured, ruining his title hopes.

In the 125cc Class, defending champion Ricky Carmichael got off to a fast start on his Splitfire/Pro Circuit Kawasaki, topping the Yamaha YZ125s of John Dowd and Jimmy Button.

Here is some home video:

The 125 class was won by Honda rider Willie Surratt, with Arizona's own Robert Naughton a popular second, also on a Honda.