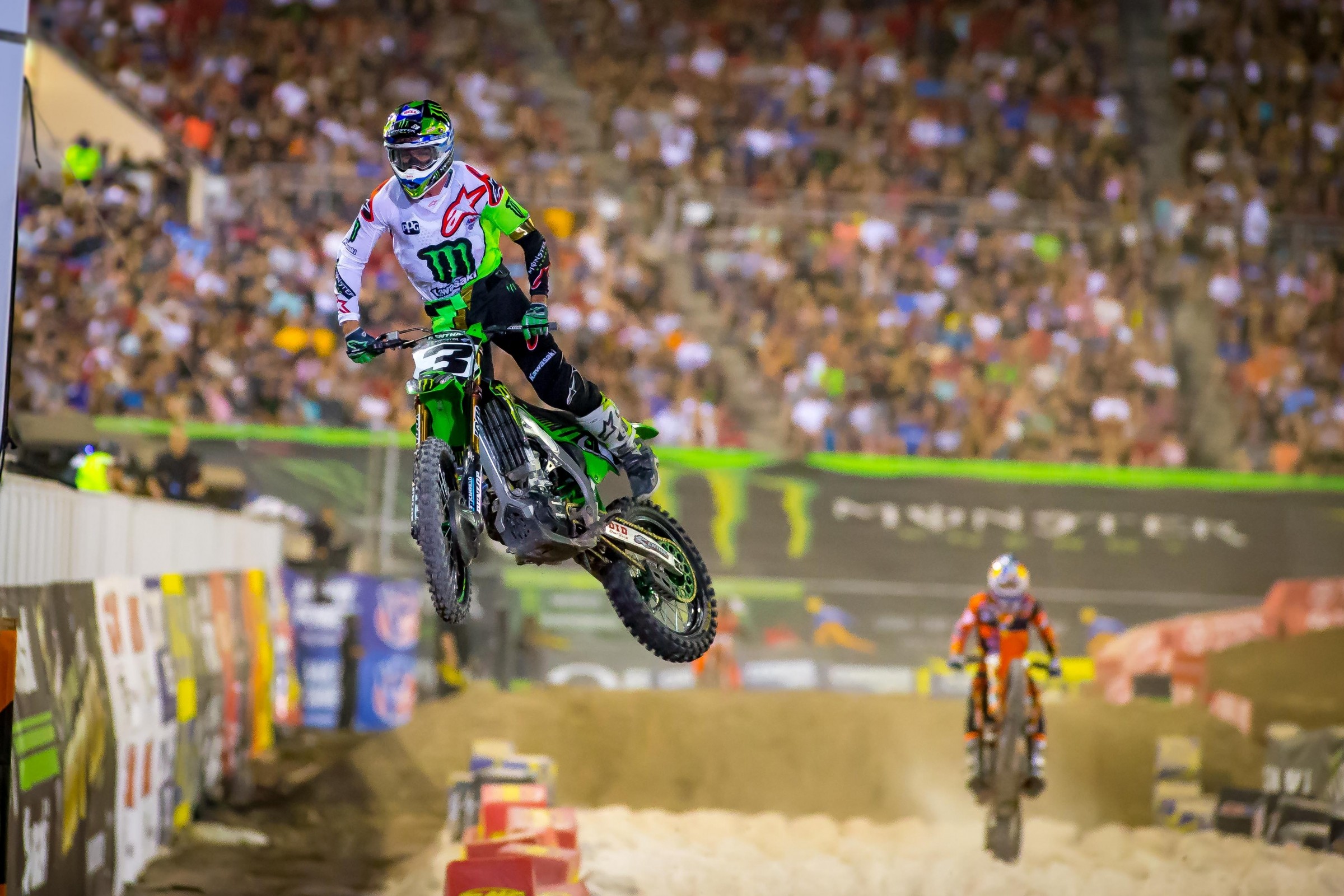 The final round of Monster Energy Supercross is in the books, and though I did my best to hype up some potential title-winning scenarios last week, the most likely outcome happened in all three classes. Jason Anderson, Zach Osborne, and Aaron Plessinger all rode great to put their championships to rest.

There are still some interesting things to look at from the race, though. Eli Tomac had a crazy line coming out of the sand that was next-level dangerous, Adam Cianciarulo and Jordon Smith rose to the occasion in the 250 class, and Osborne and Plessinger latched onto each other for pretty much the whole main event.

Let’s dive into the lap data to figure out how these races, and championships, were won and lost with this week’s Sign of the (Lap) Times. First, our traditional lap time charts.

The 250SX Showdown wasn't jam-packed with action, but it was pretty cool to see Smith and Cianciarulo (both needed to win to have a decent shot at the championship) finish 1-2 on the night. While they were out front, Osborne and Plessinger were in the middle of the pack wheel-to-wheel for most of the race, trying to ride smooth consistent laps.

It's pretty rare to see two groups of riders that have everything to lose and everything to gain by going for the win, so I charted out their lap times to see how much more conservatively Osborne and Plessinger rode compared to Cianciarulo and Smith. First, take a look at AC and Smith's times:

Now look at how much slower Osborne and Plessinger were riding and how close their lap times were to each other. Pretty cool to see to contenders seemingly work together to bring their titles home.

One of the coolest moments of the night came when Tomac decided to jump over the ski jump out of the stadium from a tiny bump in the sand section before. It was a line many were pulling in qualifying, but the roller in the sand was tamed down before the main events to make the line near impossible. That didn't stop Tomac from going for it.

Tomac jumping out of the sand @pulpmx pic.twitter.com/GxaeBfEtd2

I was curious to see how much faster the line actually was, so I pulled up the segment times and plotted out each lap. Laps nine and ten are where Tomac pulled the line, and you can see it's about a half of a second faster than his average time through the section. He only did it twice, though—no doubt realizing it probably wasn't worth risking his shot at a Lucas Oil Pro Motocross title defense over half of a second.

Another thing to note: Marvin Musquin was so good through the sand section that his fastest time was only .339 seconds off of Tomac's, without doing that crazy jump.

Finally, for the first time since 2011, we have a first-time winner of the 450SX Championship. Anderson is the first non-Ryan to win the championship since Ryan Dungey won it his rookie year in 2010. Anderson won his championship with four wins, an average finish of 3.6, zero holeshots, and just 27 laps led.

If it wasn't for some broken spokes in Salt Lake City, which was his only finish outside of the top ten, Anderson's race finishes in 2018 would have looked pretty dang close to Dungey's first championship in 2010. And because of those broken spokes, his finishes also look close to Ryan Villopoto's first championship in 2011. Both of the riders went on to win multiple championships after their first, dominating the sport for eight years. Do you think Anderson will win another, or will this be a one-off title win for him?

Will Anderson win another 450SX title?