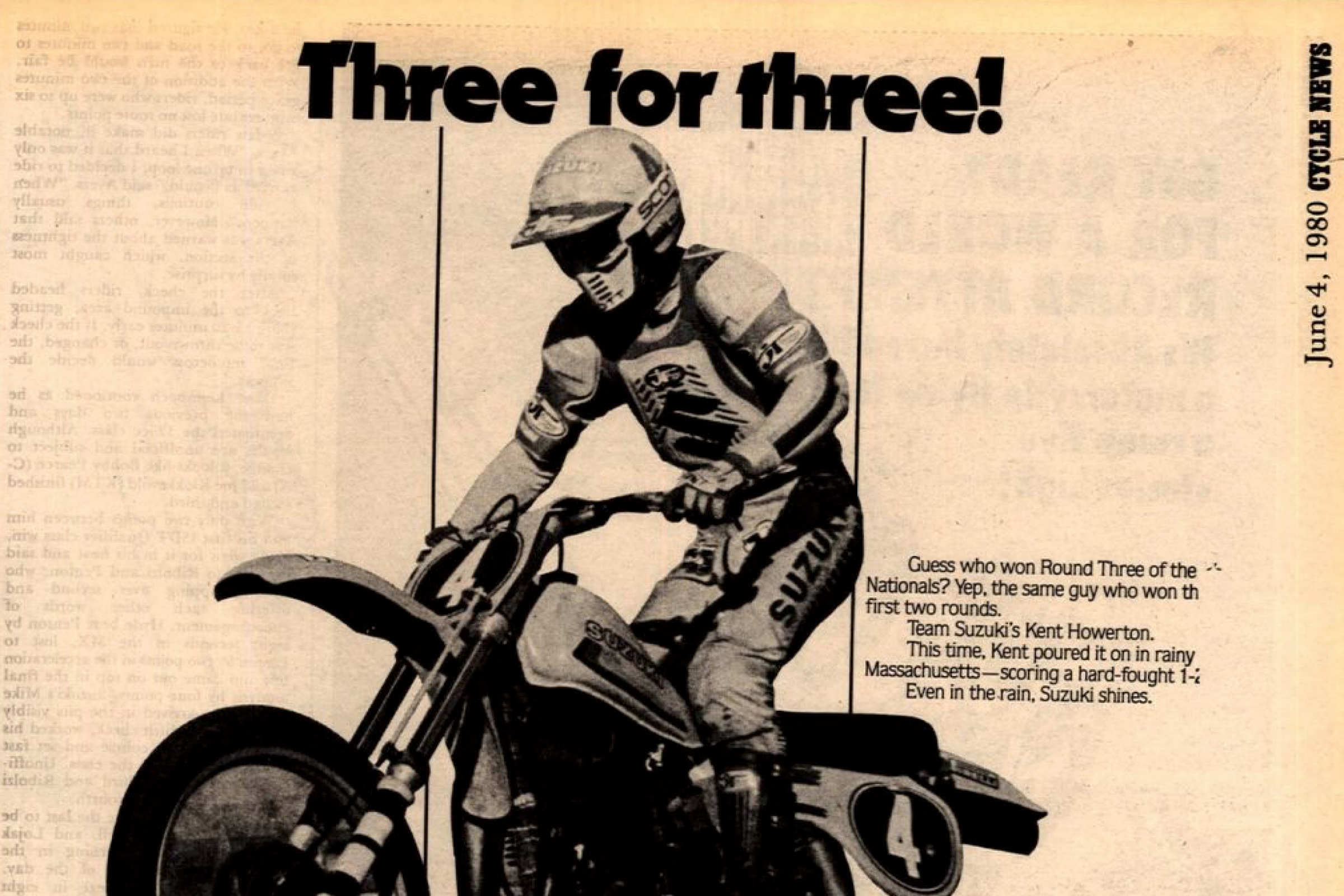 Suzuki's Kent Howerton won the Southwick AMA 250 National over local hero Mike Guerra on a Husqvarna and New York KTM rider Frank Stacy. Series points leader Bob Hannah, who had won the first four rounds of the series and was on a 15-moto winning streak going back to the previous season, finished tenth overall after breaking his pinky finger on a fence post while battling with Howerton for the lead in the first moto.

Southwick was also the opening round of the 500 Class Championship, and Suzuki rider Danny LaPorte went 1-1 in the sand to take the overall win ahead of Yamaha-mounted "Rocket" Rex Staten and his Suzuki teammate Darrell Shultz.

Over in Europe, U.S. title hopeful Brad Lackey had a 3-3 day in Finland, and the Kawasaki factory rider took the points lead over Belgian Honda rider Andre Malherbe, who went 4-1 at the Ruskeasanta circuit. To see how Lackey's whole campaign went that season, check out our friend Gilou's amazing results site MeMotocross.fr. (Click here for a PDF of the results.)

Back at Southwick for the 1980 125/250 round, Kent Howerton again took the overall in the 250 Class, but local privateer JoJo Keller stunned the motocross world by winning the second moto aboard a Moto-X Fox-sponsored Honda CR250. Keller ended up second overall with a 3-1 score while New York's Frank Stacy placed third overall on a KTM.

One race after his perfect season was broken up in St. Louis by Kawasaki's Jeff Emig, Team Honda's Jeremy McGrath obliterated the field at the series-concluding Denver Supercross at Mile High Stadium. Suzuki's Ezra Lusk was second, with Emig third. All told, McGrath would end the series with 14 wins and one runner-up finish, racking up 372 out of a possible 375 points. No one knew at the time that after four championship seasons with Team Honda, Jeremy would start the next season aboard a Suzuki.