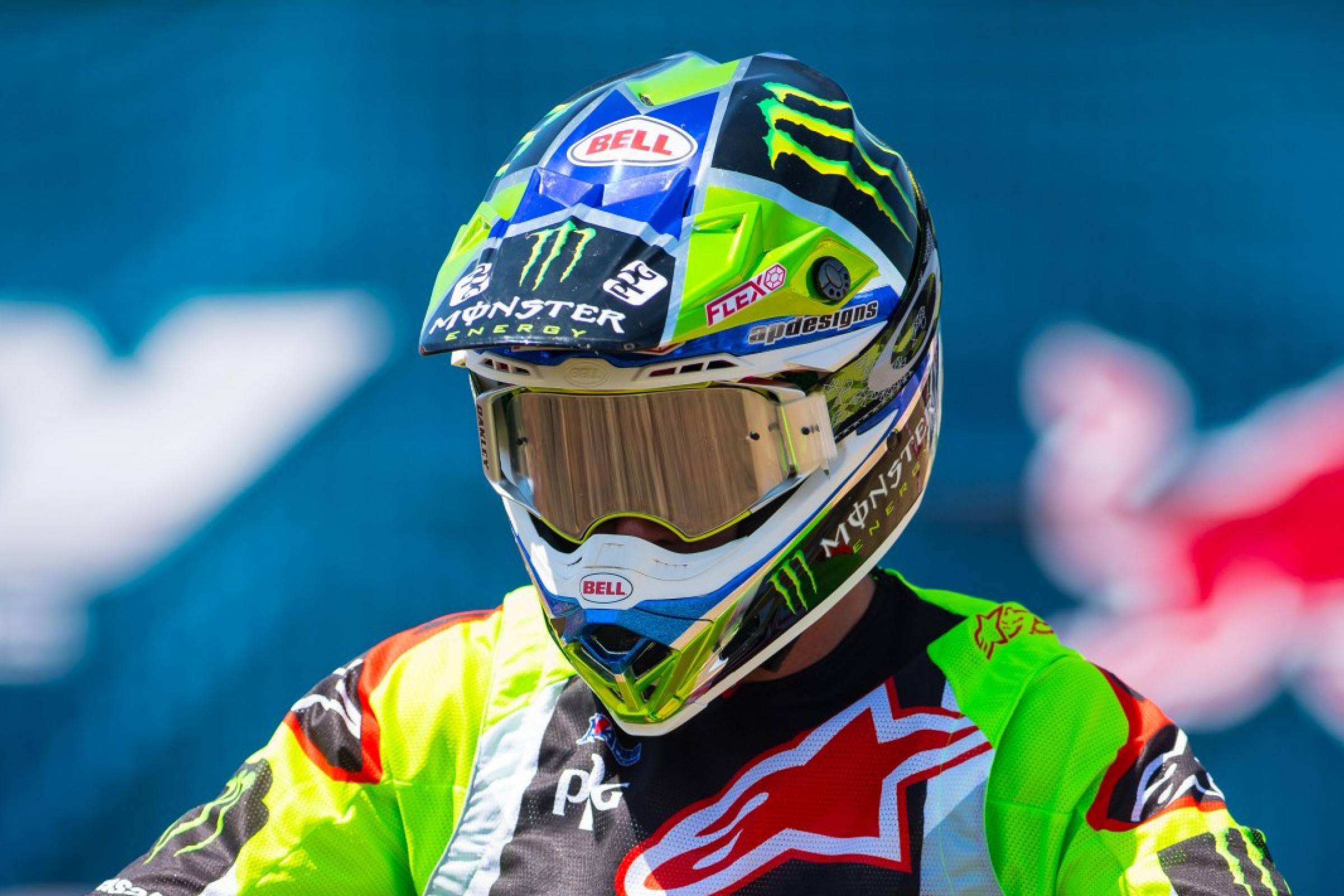 It's been a while since we've seen Ken Roczen in competition, but that's going to change this Saturday at the Hangtown Motocross Classic, where Roczen will line up to race for the first time since getting hurt at the San Diego Supercross. While he’s usually fast—he's won the AMA 450 National Championship twice and is always good at Hangtown—he also hasn't had the same amount of seat time most of his competitors have. “Two weeks ago it was almost unrealistic to say 'Let’s go race,'” said Roczen in the Hangtown pre-race press conference.  “I was in no position to do so. But I’m up for the challenge. I think it’s decent enough to where I can make it through the races at a decent pace. If you look at the big picture, the last year and a half, I’ve (only) ridden like five supercross races. So it’s been awhile. I almost want to just start from scratch. I’ve done well outdoors, won a couple of titles, but I’m going to leave that out.” It's going to be interesting to see how the former champ performs at the season opener. —Aaron Hansel

Like Roczen, we haven't seen Alex Martin in action since he got hurt (fractured wrist) in San Diego. He'd hoped to come back for the final few races of the season, but instead made the decision to focus his energy on preparing for Lucas Oil Pro Motocross. We know Martin is now a certified ripper in motocross—he won a pair of races in 2016 and was on the podium five times last year before exiting the series early due to injury. Now that he's rested and ready, he could be deadly this weekend. —Hansel

It's weird to think Jason Anderson has never won a National (in the 250 or 450 Class), especially after watching him log such a fantastic season of Monster Energy Supercross, but it's the truth. He's got a stack of runner-up finishes, has won some motos, and even tied for a win with Eli Tomac last year at the Muddy Creek National, but so far, that elusive overall win has evaded him. It doesn't seem likely that'll happen again this season; the only question is when. Could it be as early as Hangtown? —Hansel

As Eli Tomac heads into Lucas Oil Pro Motocross, he finds himself in the same position this year as he was in 2017: holding more supercross wins than anyone, but still without a championship. While he's obviously not excited about that, he can take comfort that if history continues to repeat itself at Hangtown, he'll record a perfect 1-1 day, just like he did last year. Expect the champ to come out with a vengeance at the season opener. —Hansel

Last year Zach Osborne clinched the 250SX East Region supercross championship in Las Vegas, then followed it up with perfect 1-1 scores at Hangtown. Like Tomac, he is probably hoping history repeats itself again at Hangtown this year. Last year, Rockstar Energy Husqvarna announced that Osborne would jump to the 450 Class outdoors in 2018, but the team reversed that decision and put Osborne back on the 250 again to defend his title. He now has some real motivation, because if he wins this outdoor title, he’ll become the first rider to ever win four 250 titles in two years (back-to-back in 250SX and 250 Class). Wacko Zacho explained that he’s happy to take on this challenge instead of racing the 450, where he would essentially have a learning season with reduced pressure. Osborne is all-in on making history in the small-bore class. Don't be surprised if he makes it happen. —Hansel

On paper, Jeremy Martin’s 2017 season in Pro Motocross, his first with GEICO Honda, would be deemed a success. He won four motos and finished second overall in points. Yet the two-time 250 champion probably wasn’t pleased with his season. He struggled with the Honda at times and finished 81 points back of Osborne. Honda introduced an all-new 250 prior to the start of the 2018 season, and after struggling early in supercross, Martin caught fire late. In yesterday’s press conference, he said he’s been riding outdoors since April and that he’s really pleased with the new bike. “The biggest thing is … they just improved the whole chassis, and the engine package as well. I can drive into some turns harder than I think I’ve been able to in a while.” Martin took a mechanical DNF in the first moto of the year a season ago, so let’s see if the champ can get off to a better start with his new machine. —Chase Stallo

Don’t expect a massive supercross hangover for new 250SX West Region champion Aaron Plessinger. Yesterday, in the pre-race press conference, Plessinger said he’s been running motos since after San Diego, which was in February! “After San Diego, I kind of went into outdoor mode and I got a lot of motos in. I think during that time period, my focus went from being on supercross to more so being on motocross. I was just pounding out motos.” AP rode a lot on the 450 preparing for this championship and said, “I think I’ve done more motos [this year] than I have in the past two years.” Plessinger’s season was derailed last year by four non-point-scoring motos, and he says his main focus this summer is to improve his consistency. He still finished fourth overall in the championship, but if he wants to add another title to his resume, he can’t afford the zeros on his card. —Stallo

Hangtown is the biggest outlier on the Pro Motocross schedule. With very little time to prepare following the supercross season, teams are often left scratching their heads after the opener. For fans, it’s not a bad thing, as Hangtown has often produced unlikely results that we probably won’t see late in the season. Could we see a surprise on the podium this weekend? —Stallo

The start of Lucas Oil Pro Motocross will usher in a handful of amateurs making their pro debuts. Jordan Bailey (Rockstar Energy Husqvarna), Brandon Hartranft (CycleTrader/Rock River Yamaha), Enzo Lopes (Autotrader/Yoshimura Suzuki), Garrett Marchbanks (Monster Energy/Pro Circuit Kawasaki), and Jake Masterpool (450 Class privateer) are all set to see their first professional Pro Motocross gate drop this weekend. And let’s not forget Justin Cooper (Monster Energy/Yamalube/Star Racing Yamaha), who is still technically a rookie despite racing the last few Nationals in 2017. We’ve seen rookies steal the show at the opener before; who do you see making a mark this weekend? —Stallo

Hangtown can be very unforgiving. The sharp bumps make it tough for teams to find a good suspension setup, and taming the long downhills is no easy feat. The biggest change this year is the removal of the massive Fly 150 jump. In its place, the Dirt Diggers added an uphill set of whoops (check out a few press day clips from yesterday). Several riders said the section was not very fun, as it removes a place to rest in the air and replaces it with some rough stuff. There’s also a new off-camber corner and some rollers. That section was slow, rutted and technical—the Monster Energy Kawasaki team says Eli Tomac was calling it a “GNCC section.” How will the riders handle all the new challenges on Saturday? —Stallo

The Fly 150 triple at @hangtownmx has been replaced with a sweet set of uphill whoops! @flyracingusa @promotocross