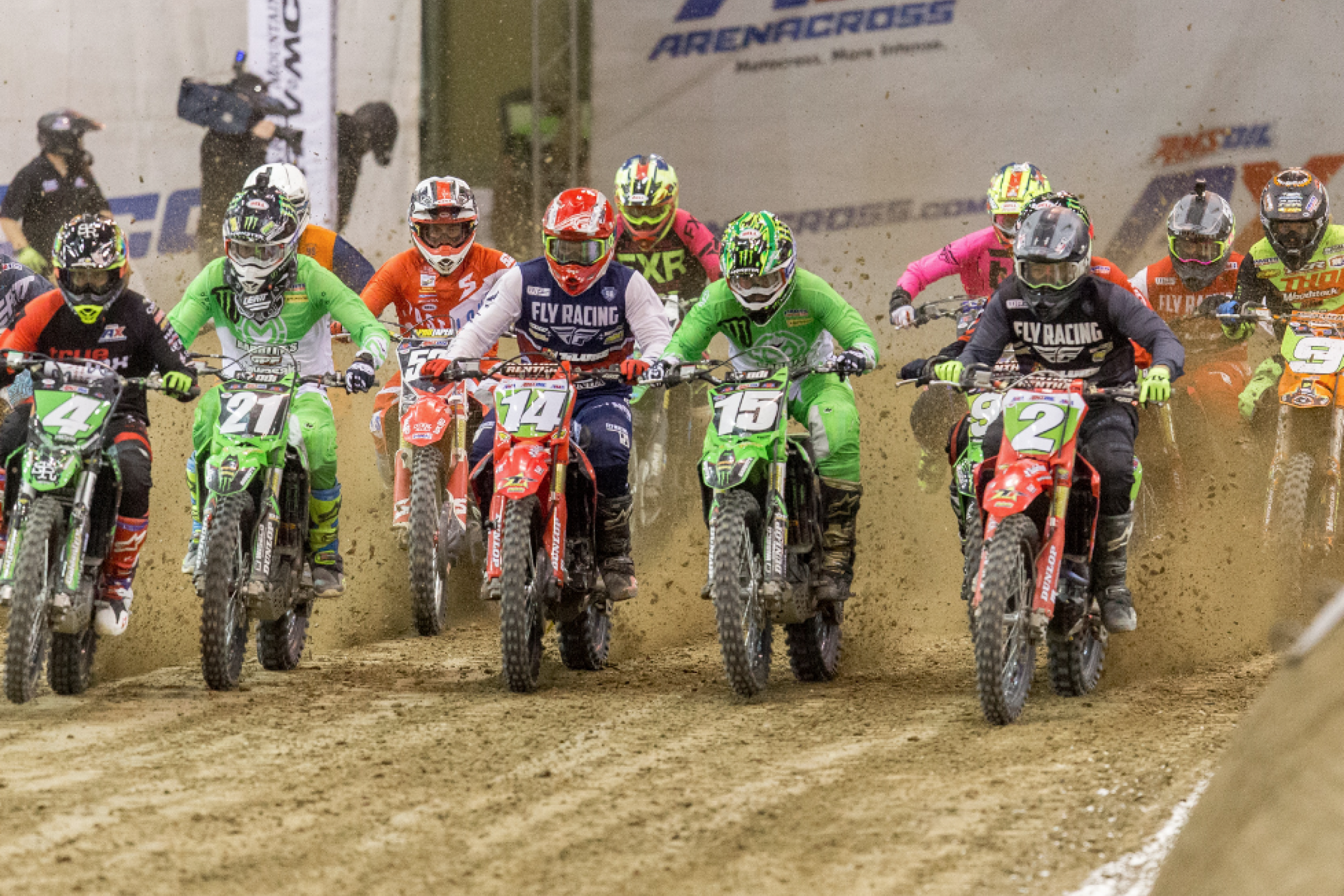 By now it’s crystal-clear that the Amsoil Arenacross Championship is not returning for a 2019 season.  What’s not clear, however, are the futures of many of the riders who have made up the now-defunct series for quite some time. Imagine this scenario—you’ve trained and worked week-in and week-out to obtain your goal of winning a championship, now to be left with no way of defending it. This is the exact situation that 2018 AX Lites East Region Champion Heath Harrison, AX Lites West Region Champion Ryan Breece, and 250AX Champion Jacob Hayes find themselves in.

During the 2015 season, Feld Motor Sports used the hashtag #WhosNext to promote arenacross (and supercross) after four-time 250AX champion Tyler Bowers left the series to compete full-time in Monster Energy Supercross—four-time 450SX champion Ryan Villopoto had walked away from supercross in 2014 as well, so the hashtag made sense. Now, it appears as if the hashtag has shifted to #WhatsNext.

Curious to see what these three champions have lined up for the future, we contacted them with a simple question (and a follow-up question)—their answers may or may not surprise you.

(Note: The following conversations were conducted via iMessage and have been lightly edited for clarity.)

Racer X: What's next for you now that arenacross is finished?
Jacob Hayes: My future is unknown at the moment. I’ve spoken to every team in the pits, and if given the opportunity, I will make a name for myself at Anaheim 1. I might race this summer, but that is to be determined. I’m training my ass off, so if something opens up, I’ll be ready to make an impact.

Racer X: What's next for you now that arenacross is finished?
Heath Harrison: I’m planning on doing the East Coast rounds of the [Lucas Oil Pro Motocross Championship] on a CRF450! After that, who knows what life will bring? It’s a bummer to see such a great series go away. As a racer, though (with the exception of a few of the top guys who sign multi-year deals), we don’t ever really know what’s next. Kind of just go where the wind blows and make the best of every situation.

There's always off-road racing, right?
Sign me up! I would like to do the last four GNCC [races] after the Nationals.

Racer X: What's next for you now that arenacross is finished?
Ryan Breece: My plans are still unclear as of right now, but I'm hoping to stay on my dirt bike.

Any plans for outdoors? Local fair races to make money? That sort of thing?
I've reached out to a couple teams, but nothing has came up for outdoors. I would like to race a few. Midway through the series is the goal to hop out there on my own, but I’m still trying to get all the pieces together so I won’t lose an arm and a leg doing it.

There you have it. Three champions with futures unknown. While these three men may not be certain as to how their careers will play out from here, they all share common ground—regardless of the circumstances, they’re riding dirt bikes. Murky waters, uncertainties, yet a love for the sport that they compete in…. #ThisIsMoto.