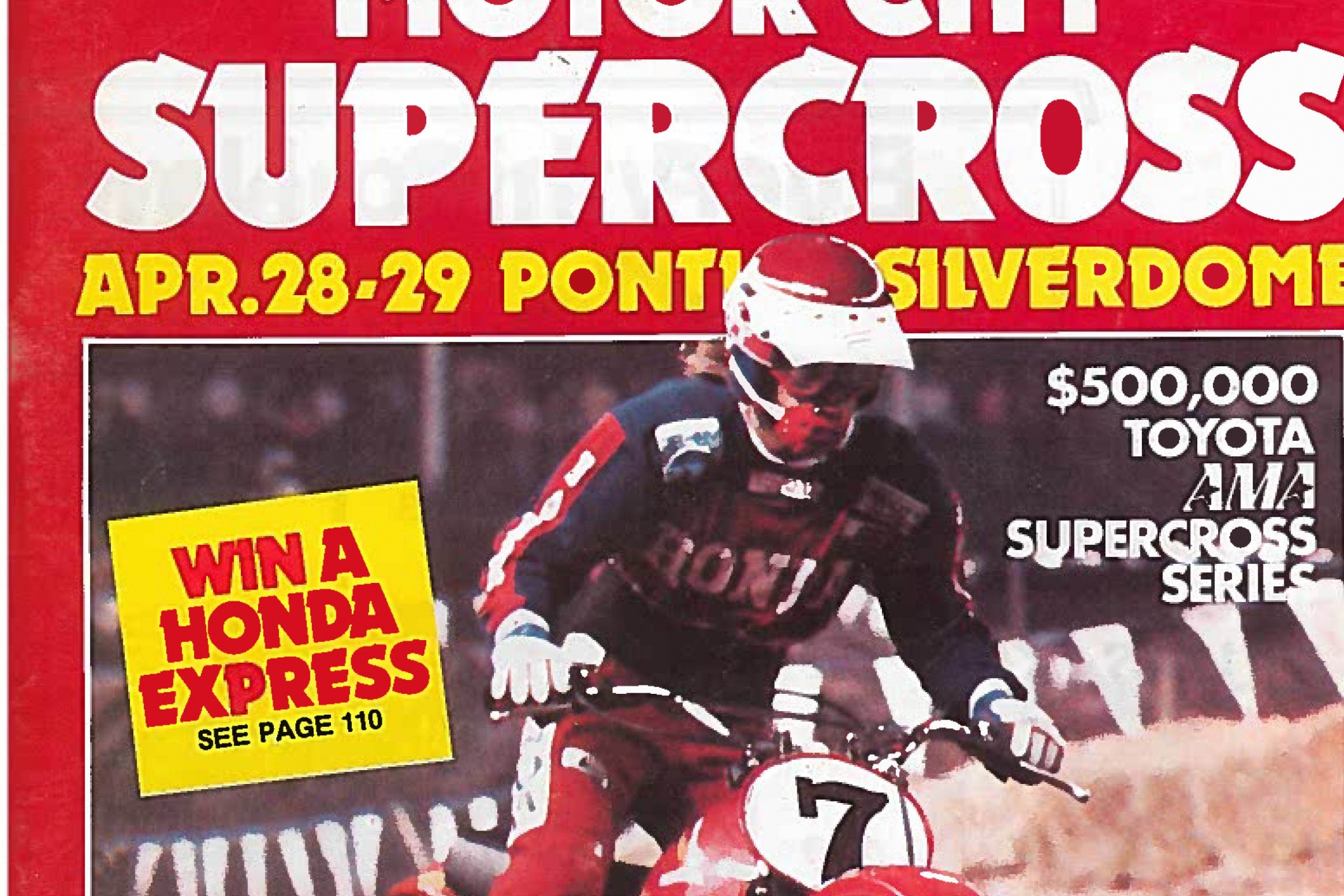 On This Day in Moto April 28

As he was just beginning his quest to finally win the 500cc World Championship title he had been chasing for ten years, "Bad" Brad Lackey landed on the cover of the April 28 edition of Cycle News.

It's the first day of the annual Pontiac doubleheader, and it would mark the fifth straight time that Yamaha rider Bob "Hurricane" Hannah would win the main event. Kawasaki rider Tommy Croft would finish second, with Honda's Marty Tripes third. All told, Hannah would win six straight main events at the Silverdome between 1977 and '79; he’d miss the 1980 races with a broken leg. When he returned in '81 he would win the first night of the Pontiac weekend, then crash in the first turn the second night and finish fifth. Still, those seven straight wins in seven starts remain the all-time record for consecutive wins at one venue in AMA Supercross.

Here is some rare old footage from the '79 Pontiac Silverdome races.

The first RedBud National took place in Buchanan, Michigan, and the winner in the 250 class was Bultaco rider Kenny Zahrt, with Can-Am rider Gary Jones second, and Zahrt's fellow Bultaco rider Ron Pomeroy third. Ossa's Frank Stacy was fourth, and Montesa rider Peter Lamppu ended up fifth. Bultaco, Ossa, and Montesa were all Spanish motorcycles. RedBud '74 was the best day ever on the AMA National circuit for the Spanish brands, as well as the last-ever win of an AMA race for any of the Spanish manufacturers.

In the 500 class Michigan's own Mike Hartwig won aboard his trick Yamaha Monoshock works bike. Kawasaki's Jim Weinert was second, with CZ rider Tony DiStefano third. After four rounds, Tony D., the 17-year-old from Pennsylvania, was the 500 series points leader.

Red Bull KTM rider Ryan Dungey won the Salt Lake City Supercross over Yamaha-mounted Davi Millsaps and Kawasaki rider Jake Weimer. Monster Energy Kawasaki's Ryan Villopoto, who had already wrapped up the title, missed this round after tearing up his knee the previous weekend in Seattle.

In the Lites class GEICO Honda's Eli Tomac topped Suzuki riders Jason Anderson and Martin Davalos. Anderson had been involved in a scary practice-start crash with Star Racing Yamaha's Ryan Sipes, which you can see at the beginning of the video below.