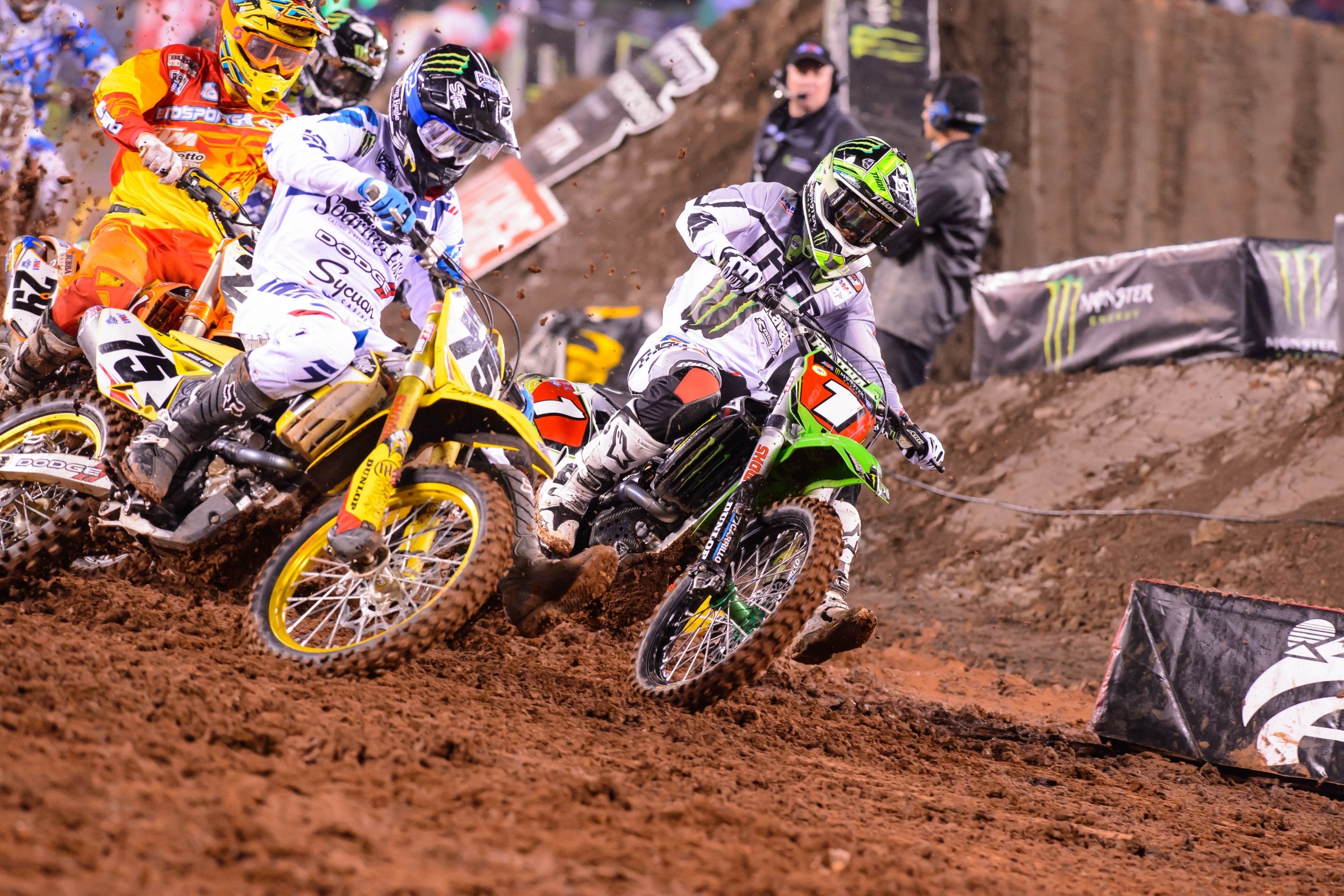 On This Day in Moto April 26

For the second time since the season began, Suzuki, new to the world motocross stage, put a whipping on the 250cc class, this time at the Grand Prix of Belgium. Home riders Sylvain Geboers and Joel Robert went 1-2, with fellow Belgian (and soon to be Suzuki teammate) Roger DeCoster third on a CZ.

Here is some film from Suzuki:

David Bailey continued the best run of his AMA Supercross career by winning his third straight race, this time in Texas Stadium outside of Dallas. The Honda factory rider topped his teammates Rick Johnson and Johnny O'Mara in a perfect night for the Red Riders. Kawasaki's Jeff Ward, the defending series champion, and Yamaha's Scott Burnworth rounded out the top five.

Kawasaki's Jeff Ward and Ron Lechien went 1-2 at the Tampa round of AMA Supercross, the 11th round of a series that Ward would ultimately win for his second SX title. Reigning champion Rick Johnson of Team Honda would finish third.

And...we made a mistake. Well, actually, Kawasaki made a mistake, 30 years ago today! The 1987 Tampa Supercross actually took place on April 25, as it says in the Racer X Online Vault. But this Kawasaki win ad has the wrong date on it: It says the Tampa SX was held on April 26, 1987. Technically, this race should have been in yesterday's entry, but we were going off the win ad in the Cycle News Archive, which was a misprint.

Monster Energy Kawasaki's Ryan Villopoto continued on the hottest (and last) streak of his career, winning the East Rutherford SX at the Meadowlands and leading every lap of the way. It was the third straight win for Villopoto, who also clinched a fourth straight AMA Supercross Championship and would win the last round of the series in Las Vegas—and lead every lap there, too! Yamaha-mounted James Stewart was second, Red Bull KTM's Ryan Dungey was third, and Honda's Eli Tomac finished fourth.