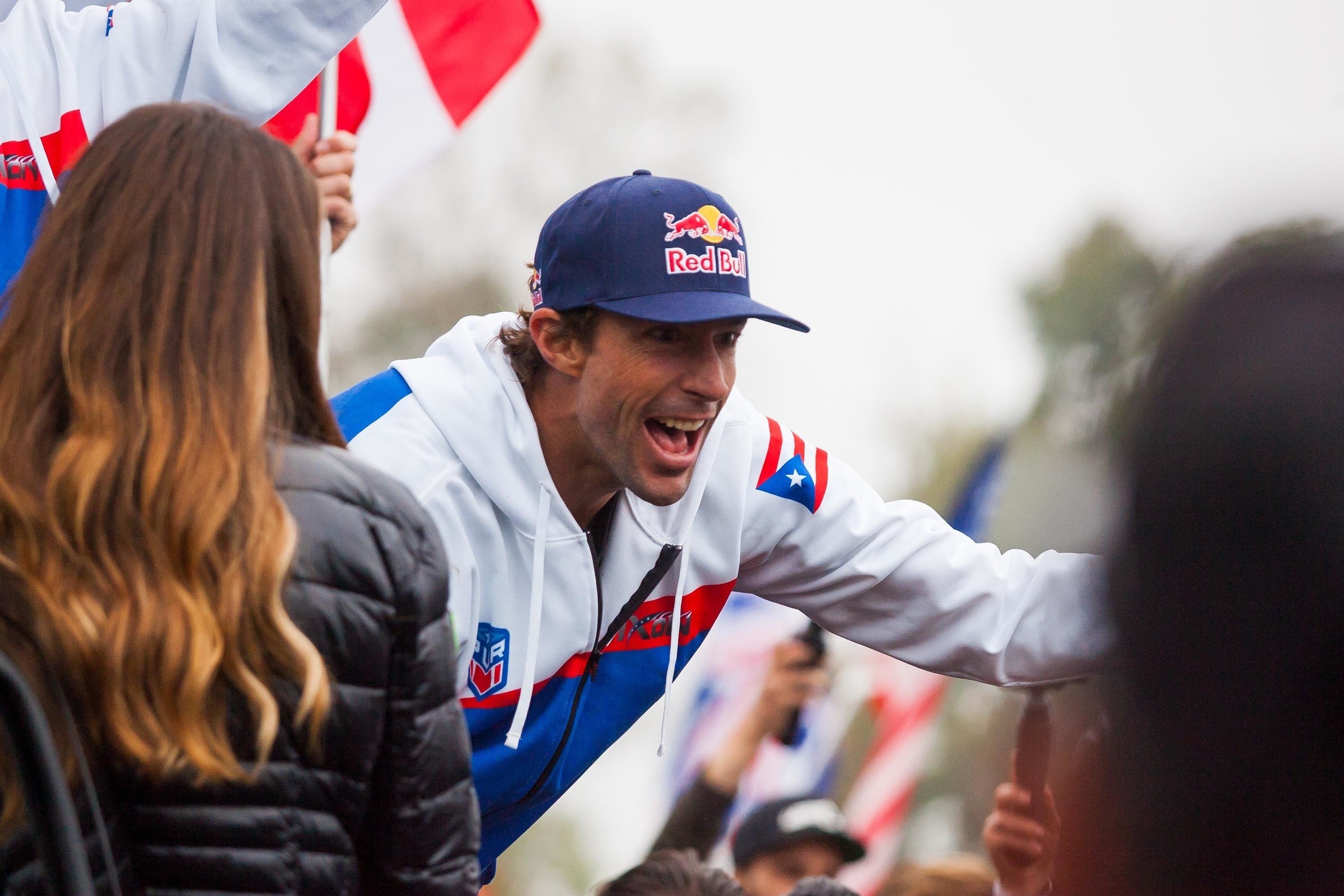 Throughout the month of December, Racer X Online editors and contributors will be handing out one award each day for an outstanding performance or effort or product related to the global motocross industry in 2018. Each winner will receive this award, which we’re calling a Roger, just like the Academy Awards have their Oscars. It’s in honor of Roger DeCoster, a great ambassador for the sport of motocross for more than 50 years. Today’s topic is Racer X Best Intentions of the Year.

When Team Puerto Rico announced their intentions to compete in the 2018 Monster Energy FIM Motocross of Nations, not everyone was happy about it. First, they tried to upstage the traditional Team USA announcement at the Unadilla National by showing up to do their own surprise announcement, in which they would be competing as a way to raise funds and awareness for hurricane relief from the previous September that devastated the island that is a U.S. territory. They also started the after-party a little early—like that same day. But it was the announcement of their lineup—Travis Pastrana, Ryan Sipes, and the fictional character “Ronnie Mac”—that caused the biggest stir. Love him or hate him, Ronnie Mac is not a real AMA- or FIM-licensed racer. Sure, he’s very, very good for a PBR-guzzling, two-stroke buzzing goon rider, but the prestigious Motocross of Nations is not the place for that kind of parody, despite the team’s best intentions.

After some apologies and reorganization, team leader Pastrana and team manager Rick Johnson decided to invite Kevin Windham to take Ronnie Mac’s place. Both had given their word that they would follow through to help out the island, and donations were already pouring in, and merchandise orders flying out. And when Windham accepted (via a hilarious Forrest Gump-influenced video) and agreed to race in the MXoN for the first time since 2005, everyone calmed down and started having fun watching the project unfold.

Fast forward to the morning of the MXoN at RedBud. Team Puerto Rico was in the B final, where only the winning team would make the 20-nation Final. While Pastrana was struggling in the sand and mud on his two-stroke RM Suzuki, knees swollen from just riding, both Windham and Sipes were able to dig down deep and get the job done, finishing second and fourth to became the 20th and final country in the 2018 MXoN. The crowd was ecstatic, and Pastrana celebrated with the first parade lap backflip in the history of this race. While their main event rides were mostly forgettable, the fact that they even made it was celebrated by the wet but enthusiastic RedBud crowd that couldn’t believe they were getting the added MXoN bonus of see Windham and Pastrana (Team USA 2000) compete again in a professional motocross race.

Fast forward to December. Pastrana and Sipes and a bunch of friends and supporters followed through on their promise to go to Puerto Rico and help out not only some local motocross tracks, but also work on some houses. They delivered supplies and money to the battered island that is still trying to recover and put a lot of smiles on the faces of the faces of kids who probably couldn’t believe that one of the most popular motorcycle riders in history was putting on a show in their backyard.

Team Puerto Rico—and this includes Ronnie Mac—certainly had the best of intentions with their plan to race for and help Puerto Rico, and we wanted to recognize them with the Roger for having the Best Intentions of the Year, and also for just following through.

Dropped off computers, music equipment, soccer goals, balls, supplies and lunch for 400 kids to a school in Loiza. I made the mistake of saying “I wish there was something for me to flip here”.. #carefulwhatyouaskfor 20min later and @wesselbuilt @trevorpiranha and the #GDO crew has a mini flip ramp built in the school playground area #gameon @cbdmd.usa @nitrocircus @mylucasoil