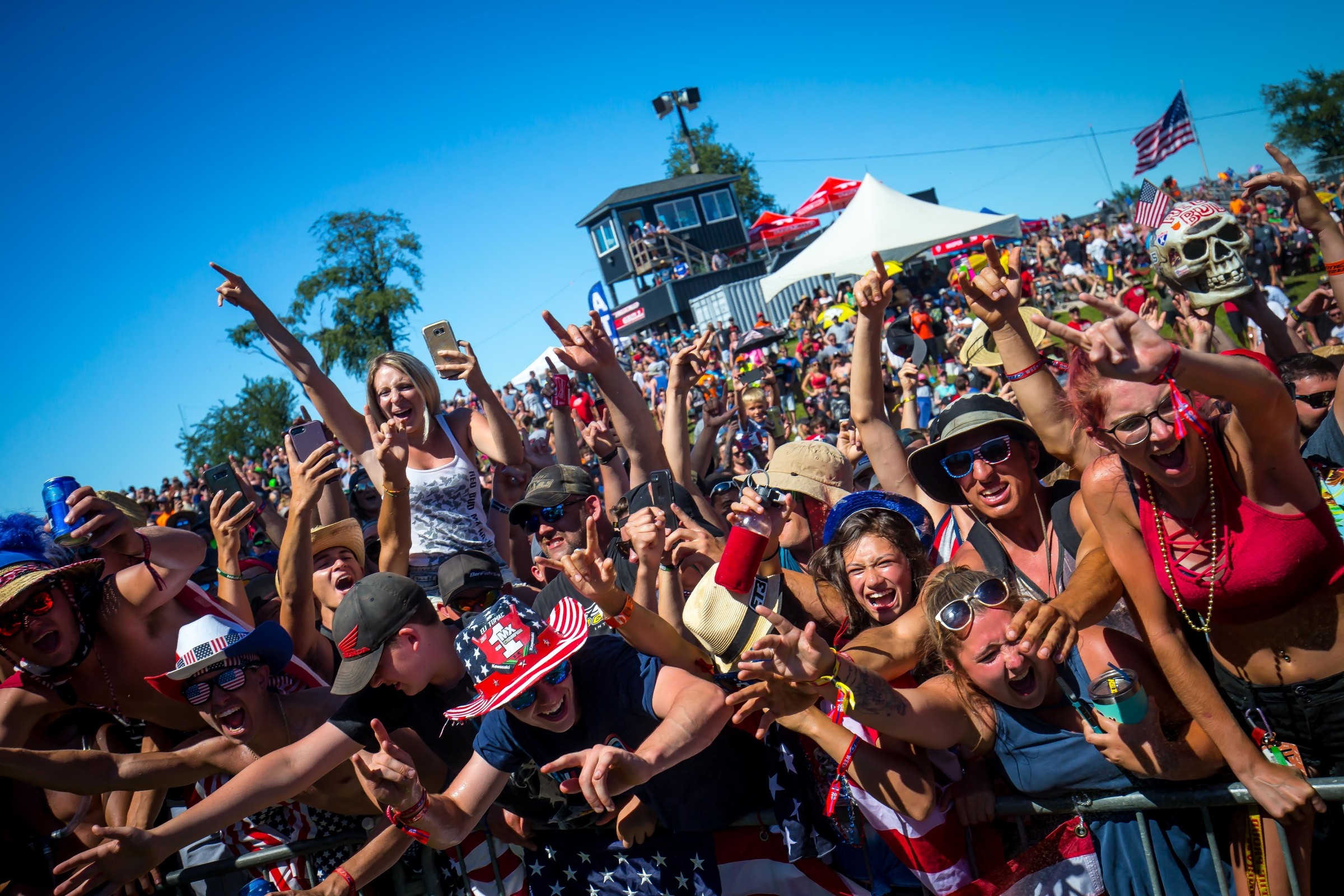 Throughout the month of December, Racer X Online editors and contributors will be handing out one award each day for an outstanding performance or effort or product related to the global motocross industry in 2018. Each winner will receive this award, which we’re calling a Roger, just like the Academy Awards have their Oscars. It’s in honor of Roger DeCoster, a great ambassador for the sport of motocross for more than 50 years. Today’s topic is Racer X Fans of the Year.

When it was announced that the 2018 Monster Energy FIM Motocross of Nations would be held at RedBud in Michigan in October, barely three months after their annual July Fourth weekend Red Bull RedBud Pro Motocross National, the initial worry by many was that the fans would maybe split down the middle. Some would go to Lucas Oil Pro Motocross in July; others would wait until the MXoN in October. Either way, the worry was that the two competing events at the same venue would take a toll on the numbers and the enthusiasm.

The worriers were wrong. As always, the Red Bull RedBud National in July was off the hook. The red, white and blue was everywhere as the faithful celebrated another Independence Day at its traditional moto home. The weather was great, the fans came out in droves, and they got to see newfound Midwest favorite Aaron Plessinger of Monster Energy/Yamalube/Star Racing Yamaha get the 250 National win over Troy Lee Designs/Red Bull KTM's Alex Martin and AP's French teammate Dylan Ferrandis, and then Honda HRC's Ken Roczen and Red Bull KTM's Marvin Musquin even it out for the international set by splitting moto wins in the 450 National, with Musquin taking the overall, Roczen second, and Monster Energy Yamaha's Justin Barcia third. The scene around the podium for each trophy presentation was incredible and hopefully a preview to what we might be seeing in October, especially after we later found out that Plessinger and Barcia would be part of Team USA.

Fast forward to the Motocross of Nations podium. It was in a different place, and it was once again a massive crowd—one even bigger than the one in July, despite all of the rain that flooded that part of the country. But this time the only American rider on the podium was when the retired Ricky Carmichael gave his namesake award to the youngest rider in the race, MX2 winner Jorge Prado of Spain. And in front of the podium there was a lot of red, white, and blue, but much of it belonged to French fans as they won the Motocross of Nations for the fifth year in a row. And right next to them was a throng of ecstatic Dutch fans dressed in orange and cheering for their 1-2 punch of Glenn Coldenhoff and Jeffrey Herlings, who swept all three motos and nearly won the whole thing.

Yet despite the heavy rains and disappointing defeat, there was a lot of our Team USA fans still there, still cheering, still enjoying the fun and pageantry of the Motocross of Nations. We lost outright, and we left humbled, but also impressed by the event, the rest of the world's speed as well as their fans. We lost the race as an entry, but our fans joined the visitors from abroad in celebrating one great big weekend of motocross.

RedBud's fans came through both times: national and international, rain or shine, victory and defeat. So we're giving the Roger for 2018 Racer X Fans of the Year to the massive crowds at both the RedBud National and the RedBud MXoN. So see you next July, then in September, let’s all go to the Netherlands and go kick some Assen!