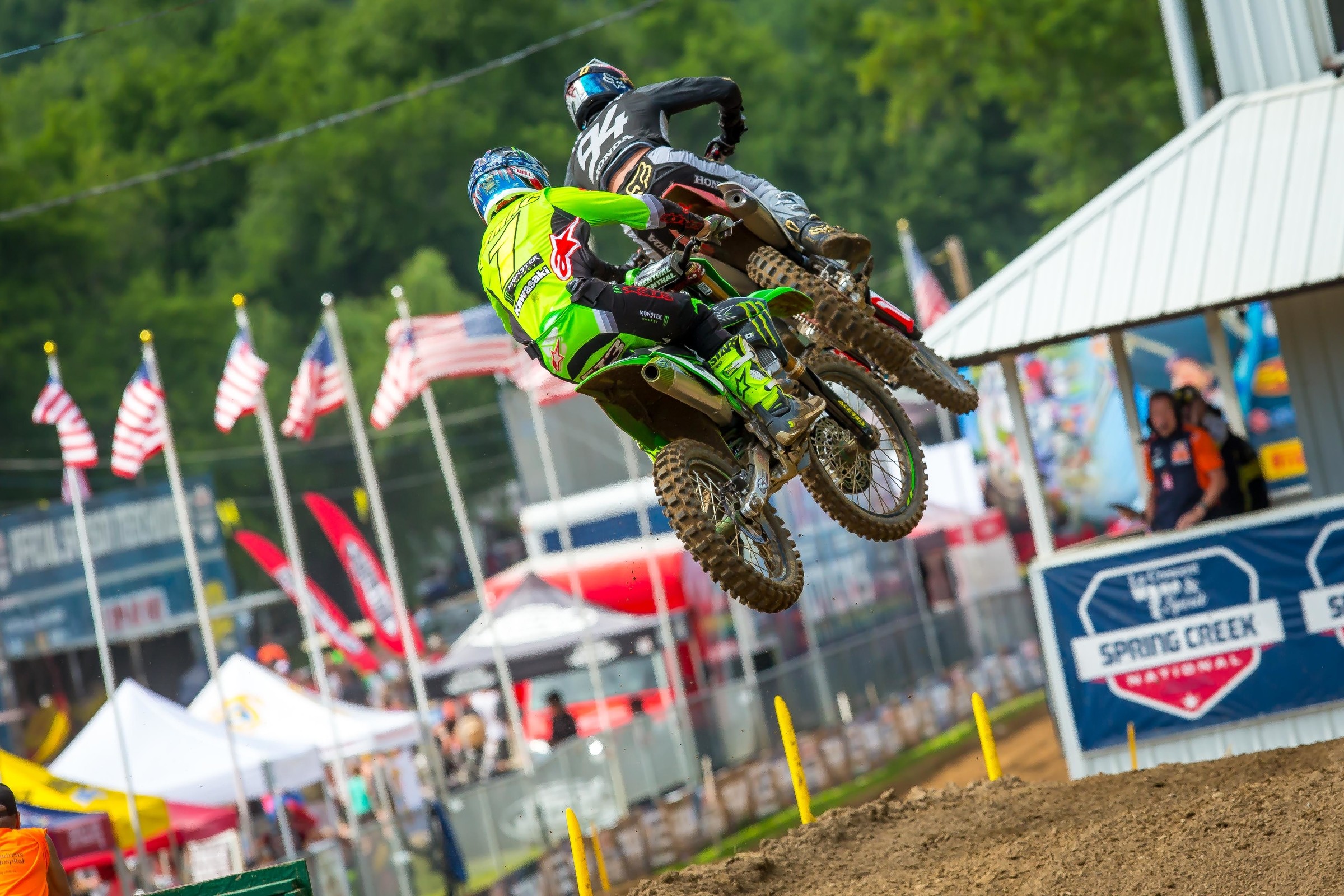 Throughout the month of December, Racer X Online editors and contributors will be handing out one award each day for an outstanding performance or effort or product related to the global motocross industry in 2018. Each winner will receive this award, which we’re calling a Roger, just like the Academy Awards have their Oscars. It’s in honor of Roger DeCoster, a great ambassador for the sport of motocross for more than 50 years. Today’s topic is Racer X Pass(es) of the Year.

When taken in whole, it almost looks like a mixed year for Eli, but a season where a rider succeeds at every one of those things is exceedingly rare—Ryan Villopoto’s 2011 season was the last time a rider took the U.S. 450 titles indoors and out, then captured team glory at the MXoN and swept Monster Cup all in one calendar year.

Don’t let the lack of a supercross title spoil a season filled with unforgettable moments. Throughout the summer, he launched a string of ridiculous come-from-behind rides that left fans with images they won’t ever forget. Legitimately, anyone who was at Washougal when Tomac suddenly caught fire and tracked down Marvin Musquin and Ken Roczen late, anyone who was at Millville when he did the same, or anyone who was at Budds Creek when he pulled off key passes, won’t ever forget what they saw. It was an athlete in the zone, someone able to physically overwhelm other elite specimens. When Tomac got rolling, he was making up multiple-seconds-per-lap on his competition. This was an NBA player pouring in three-pointers, an NFL quarterback engineering a game-winning drive, a pitcher striking out the side.

He was on fire.

So for our Pass of the Year, we’ve actually picked three, because they were so critical to Eli’s season. Mid-way through the 450 title chase at RedBud, Tomac’s bike broke and suddenly Marvin Musquin was holding the series’ points lead. He needed to answer back immediately at Spring Creek in Millville, Minnesota, but late in moto two, Musquin held the lead and Roczen was proving stingy with second. Tomac nearly crashed at one point and lost ground. Then, when hope seemed lost, he engaged beat mode and went nuts.

What’s critical about the pass he made on Roczen, and then immediately after on Musquin, is that he used the inside on one pass, and the outside on the next. When Eli was in the zone, he could go anywhere he wanted.

Washougal provided more banger moments when he came through Musquin and Roczen late again, but by Budds Creek, Tomac looked sub-par and was on the verge of losing critical points. He went wild again in the final moments to pass Musquin, this time with a ridiculous bomb run around the outside.

While Tomac’s speed was dominant at times outdoors, the title still hung in the balance until these key late-race charges led to key passes, and key points. Anyone standing along the fence line watching won’t ever forget.