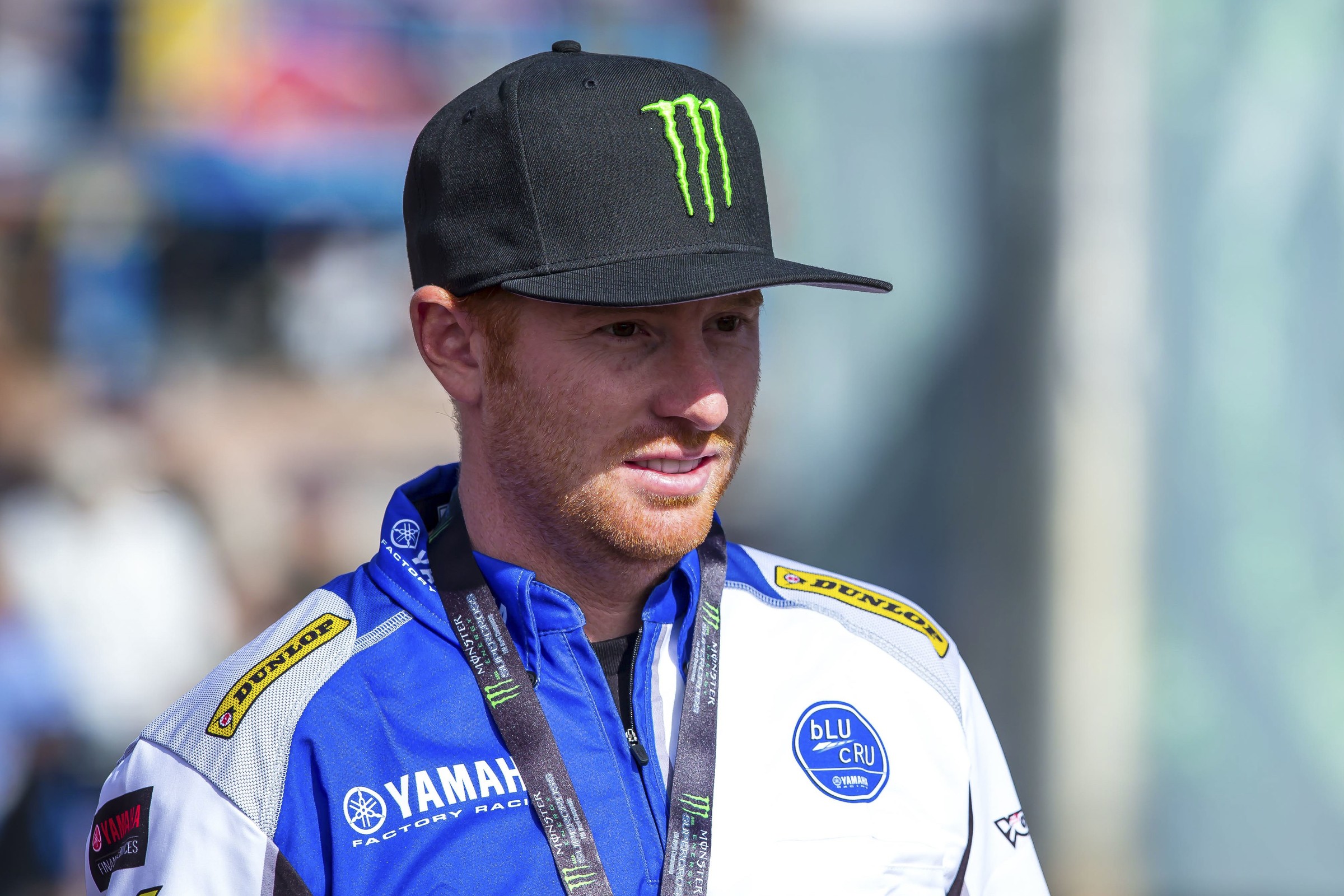 Throughout the month of December, Racer X Online editors and contributors will be handing out one award each day for an outstanding performance or effort or product related to the global motocross industry in 2018. Each winner will receive this award, which we’re calling a Roger, just like the Academy Awards have their Oscars. It’s in honor of Roger DeCoster, a great ambassador for the sport of motocross for more than 50 years. Today’s topic is Racer X SX/MX Ambassador of the Year.

On the morning of last year’s Anaheim opener for Monster Energy Supercross, Ryan Villopoto announced his new deal with Yamaha, and held court with the media for a long time in the Monster Energy Yamaha pits. Media work had never been one of Villopoto’s favorite tasks in the past, but throughout his metamorphosis from racer, to retired, to recluse, to reborn, he’d become a smiling, laughing, trash-talking, headline maker. Why couldn’t he do this when he was racing full-time? Why couldn’t he win the races and show this personality.

“My grandpa always said you’d be a really successful in business if you were able to do both,” he said. “I wasn’t able to do that.”

Villopoto said the pressure of racing for titles was just too much, which is why he thinks none of the Anaheim contenders are really outspoken. There’s too much fear of having one bad race and blowing the season for everyone that has worked so hard. It sucks the joy out of it.

Now that Villopoto doesn’t have to focus on the results, he’s able to enjoy it. Behind the scenes, even when he was reeling off four-straight Monster Energy Supercross Championships, Villopoto was actually quite funny and dynamic within the walls of the Monster Energy Kawasaki semi. He couldn’t figure out how to unleash that properly in public.

Now he gets a second chance, and he’s having a ball. At his Yamaha intro, Ryan said he would be showing up at all kinds of races on all kinds of bikes. Little did we know how true that was. There was a Snow BikeCross performance at X Games. A bunch of 125 All Star race performances. Then he became the only rider hopped on a motorcycle and competed during the Motocross of Nations weekend, and then the next weekend at Monster Energy Cup, and then the next weekend at Red Bull Straight Rhythm. Well, he competed on a TT-R110 in the Pit Bike of Nations, and Team USA won, prompting Ryan to make sure everyone knew a Team USA he’s part of has never lost. Then he raced Monster Cup on a 450, and Red Bull Straight Rhythm on a YZ250 two-stroke.

During that three-weekend stretch, the now-outspoken Villopoto coined a new nickname for himself: “Greatest retired rider ever.” Really, racing all of these events on all of these bikes, it’s hard to argue.

Not that anyone would argue. Is anyone not a Ryan Villopoto fan right now?  Even with the hint of cockiness, this Ryan Villopoto is so darned likeable.

For that, he collects our Roger for SX/MX Ambassador of the Year. He shows up everywhere, and he makes people smile. Including himself.

Unfortunately for Ryan, this amazing and enjoyable year ended on the worst possible note. His father Dan had returned to his side as his mechanic for many of these events, and he was the wrench of record at both Monster Energy Cup and Red Bull Straight Rhythm. Dan had never gotten to go to the starting gate with Ryan at a supercross before. The Monster Energy Cup was a cool moment for both of the Villopotos.

Then just a few weeks later, Dan was gone. He suffered a heart attack while at the track during a practice day and he passed away. It was tragic, and Ryan pulled out of scheduled appearance at the AUS-X Open to mourn the loss, and try to figure out what’s next.

We don’t know what Ryan’s plans are for 2019 yet, but none of that matters right now. It’s family time, and that’s what matters.