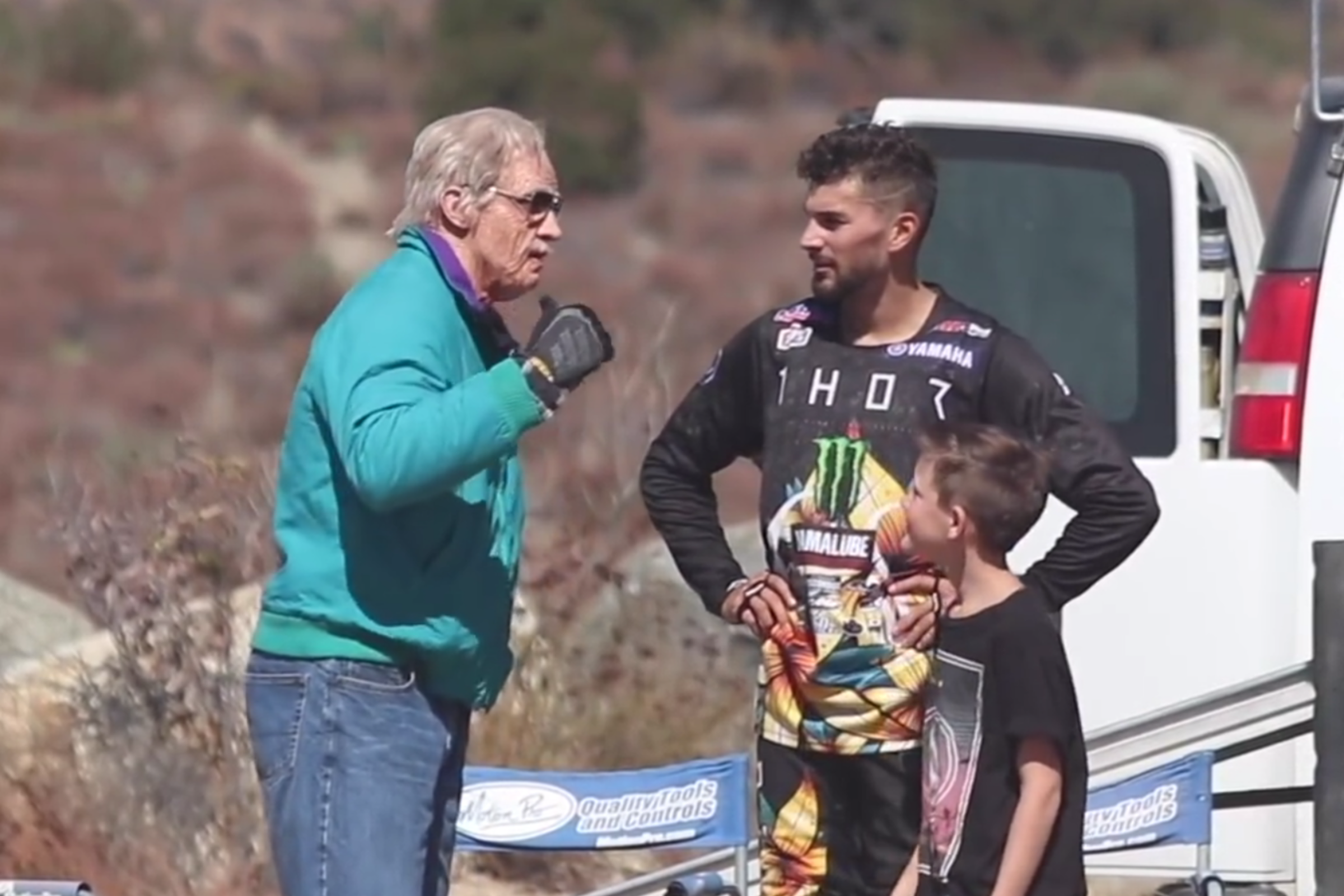 Throughout the month of December, Racer X Online editors and contributors will be handing out one award each day for an outstanding performance or effort or product related to the global motocross industry in 2018. Each winner will receive this award, which we’re calling a Roger, just like the Academy Awards have their Oscars. It’s in honor of Roger DeCoster, a great ambassador for the sport of motocross for more than 50 years. Today’s topic is Video of the Year.

If you’re looking for cool dirt bike videos, you don’t have to look far. Whether it’s an energy drink promotion, an Instagram video, a new video from Racer X Films, or an epic run like the MX Nation or Moto series, there’s new moto content being released daily.

Most of it is really good too, so you’d think picking a video of the year would be a difficult task. But it wasn’t. Dean Wilson’s Grandpa Earl nabbed the holeshot in this category and hasn’t looked back. In fact, as of this week the video had racked up over four-and-a-half million views! Yes, million. If you haven’t seen it yet, do yourself a favor and watch it now. Just make sure you aren’t drinking coffee because if you are, it’s coming right out your nose and onto your keyboard.

The best part about this video is its authenticity. After it dropped we had the chance to talk with Wilson and he told us it wasn’t staged, and riders like Colt Nichols didn’t even know it was him.

“No, they weren’t in on it. When I went up to them they didn’t know it was me, but I think they were suspicious. When I asked Colt to do a lap with me he looked at me and we locked eyes and I felt so uncomfortable. It was really hard to do. He didn’t know at all, but obviously by the end everyone knew it was me because we were all laughing about it. It was pretty funny.”

That makes the part where Wilson, ahem, Grandpa Earl, tells Nichols he’s going to kick his ass about sixty-two times funnier. What must Nichols have been thinking when he realized this old bastard could actually ride?! From the goon wheelies in the pits to the makeup (which took over four hours to apply), everything in this video is just perfect.

As for his motivation for creating the video, Wilson said he just wanted to make people laugh. “If I can make somebody laugh I think I’ve done my job.” With such a positive reaction and literally millions of views, it’s safe to say mission accomplished. Credit to Wilson and company for coming up with the concept and executing so flawlessly. If it didn’t make you laugh you’re either greener than the grinch or you don’t have a pulse.

Of course, we need to give mention here to our own Steve Matthes and Adam Cianciarulo for putting together a hilarious attempt at finding James Stewart in Finding Stew.