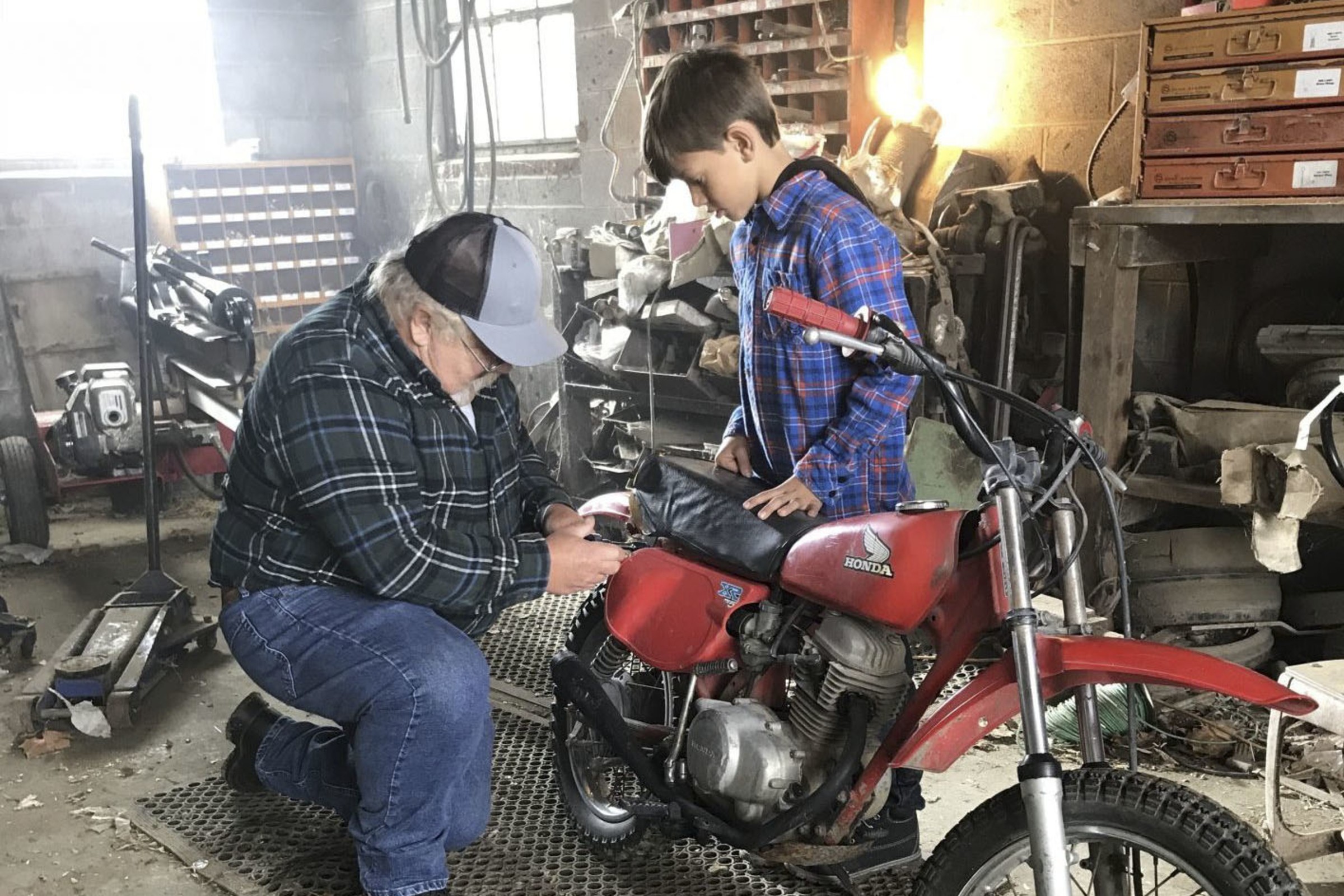 Throughout the month of December, Racer X Online editors and contributors will be handing out one award each day for an outstanding performance or effort or product related to the global motocross industry in 2018. Each winner will receive this award, which we’re calling a Roger, just like the Academy Awards have their Oscars. It’s in honor of Roger DeCoster, a great ambassador for the sport of motocross for more than 50 years. Today’s topic is Racer X Commercial of the Year.

As motocross media enthusiasts in this day and age we are all lucky to see an over-abundance of fine motocross video snippets and commercials, live coverage on both TV and online, and perennial excellence by the likes of Troy Adamitis and crew (MX Nation) and the Moto: The Movie line of videos (Moto: The Movie 10 was filmed and edited by Jason Plough and Dominick Russo this time around). While none have the initial blast that the seminal On Any Sunday had in the seventies, or the dueling and equally inspiring Crusty Demons of Dirt and Fox Racing’s Terra Firma lines did in the nineties, all show that moto video and coverage is also constantly evolving. Even some of the Garmin clips from 2018, like Jeremy Martin’s horrific crash with Justin Cooper at Muddy Creek, can be outstanding. (And anything Deus Ex Machina puts out with motorcycles involved is worth sitting down and watching.)

However, the one thing that pretty much all of those aforementioned offerings have in mind is the fact that they are usually preaching to the choir. They are made by motocross enthusiasts for motocross enthusiasts. That’s the nature of motorcycle industry videos. But the motorcycle industry itself needs something different right now—we need new riders, new motorcycle enthusiasts, new ways to reach a generation that’s more and more into devices than dirt bikes. As one high-level manager told us on a recent OEM visit, “We need to find a way to get that ‘first taste’ to kids who just don’t know about dirt bikes and how that first ride can change your life forever and make you a motorcyclist.” And the one thing we all need right now more than anything is that: new motorcycle riders.

Fast forward to the AMA Motorcycle Hall of Fame Induction Ceremony in Columbus, Ohio, earlier this month. Longtime Racer X contributor (as well as META, Cycle World, and Dirt Rider) Brett Smith (@wewentfast) did his usual job of producing and editing the introduction videos for the five people that were put in the HOF this year. But he asked the AMA if it was okay if he added an introductory video that would be a message to all. They agreed and gave him full edit powers, and then waited to see what Brett wanted to make when he debuted it at the start of the ceremony.

What they saw was the first We Went Fast video production that was a call to action for everyone. First Ride is not very long at all, but it’s message is timeless for the motorcycling community, and it could not have come at a more urgent time.

“Do you remember the first time you rode a motorcycle? Your first bike? That magical moment became a lifetime memory,” Smith wrote on the We Went Fast website. “Kids today are not discovering motorcycles at the rate their parents and grandparents did. The motorcycle industry needs new riders. The dealerships need more youth coming in their doors and the local race tracks need more kids signing up to compete.

“When the AMA Motorcycle Hall of Fame asked for a video to kick off the Class of 2018 ceremony, I pitched a concept that aimed to inspire a future hall of famer rather than celebrate the present inductees. First Ride acts out the imagination of one boy discovering motorcycles. One child whose life is forever changed.”

You can read more about it on the We Went Fast website, but we invite you to watch the video and share it with as many friends and family as you can. It’s what we need now more than anything: a message that dirt bikes can change your life in an instant, and in a very positive way.

For the creativity and timeless of his message, we’re giving the Roger for the 2018 Racer X Commercial of the Year to Brett Smith of We Went Fast for First Ride.