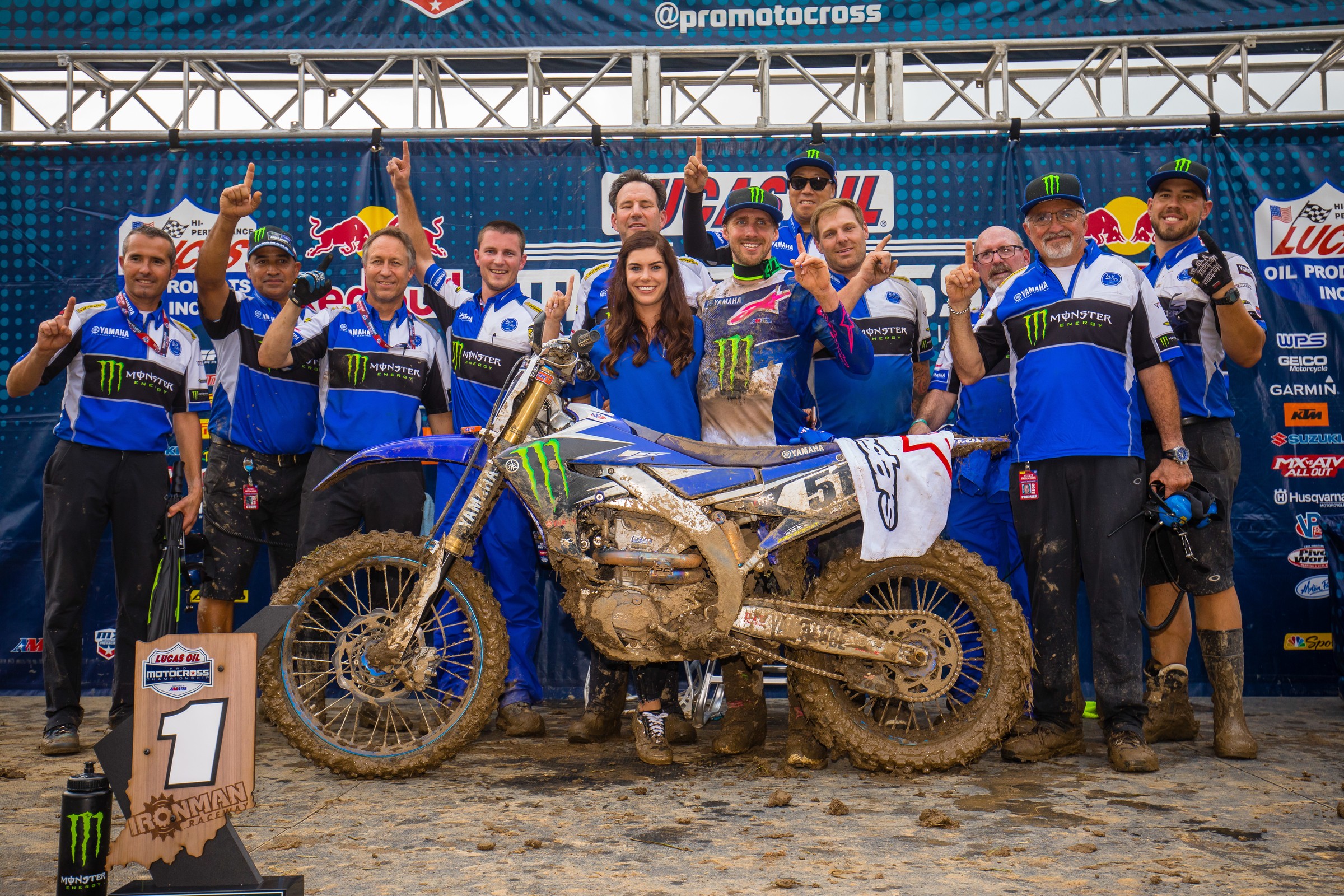 Throughout the month of December, Racer X Online editors and contributors will be handing out one award each day for an outstanding performance or effort or product related to the global motocross industry in 2018. Each winner will receive this award, which we’re calling a Roger, just like the Academy Awards have their Oscars. It’s in honor of Roger DeCoster, a great ambassador for the sport of motocross for more than 50 years. Today’s topic is Racer X Replacement Rider of the Year.

You know you’re a damned good replacement rider when everyone forgets you were a replacement rider in the first place. Justin Barcia is now a card-carrying member of the Yamaha Blu Cru, signing a multi-year deal with Monster Energy Yamaha this off-season. He also appeared to a be a full-time member of this team in 2018. He was not.

Barcia’s spot was actually held by Davi Millsaps. Millsaps was said to be riding well in testing last fall until he crashed huge in October, just before he would make his racing debut for the team at the Monster Energy Cup. Millsaps was not only knocked out of the MEC, he would not be able to recover from the injuries in time for the Anaheim opener, so Yamaha grabbed Barcia as a replacement. Barcia was placed on a six-race deal while Yamaha waited for a more accurate timeline with Millsaps’ recovery.

Team manager Jim Perry told me last December that if Barcia was regularly putting the bike on the podium, they weren’t going to kick him off the team, even if Millsaps came back.

So, they couldn’t kick him off the team, because Barcia did put the YZ450F on the podium regularly. He led laps at Anaheim 1 and finished third. He finished third again at round two. He was second in points until a hand injury knocked him out of two months of racing. By then, though, he had already accomplished his most important goal: Yamaha had signed him for the entire season. Millsaps, unfortunately, was never able to make it back to the track and retired. Barcia would be Yamaha’s man going forward, especially after Cooper Webb decided to make the move to Red Bull KTM for 2019.

By the time Barcia ended the year with a 1-1 overall victory at the Ironman National, there’s no way anyone watching from the fence remembered at one point he was only scheduled to race for the team until mid-February. Now that’s doing a good job as a fill-in!