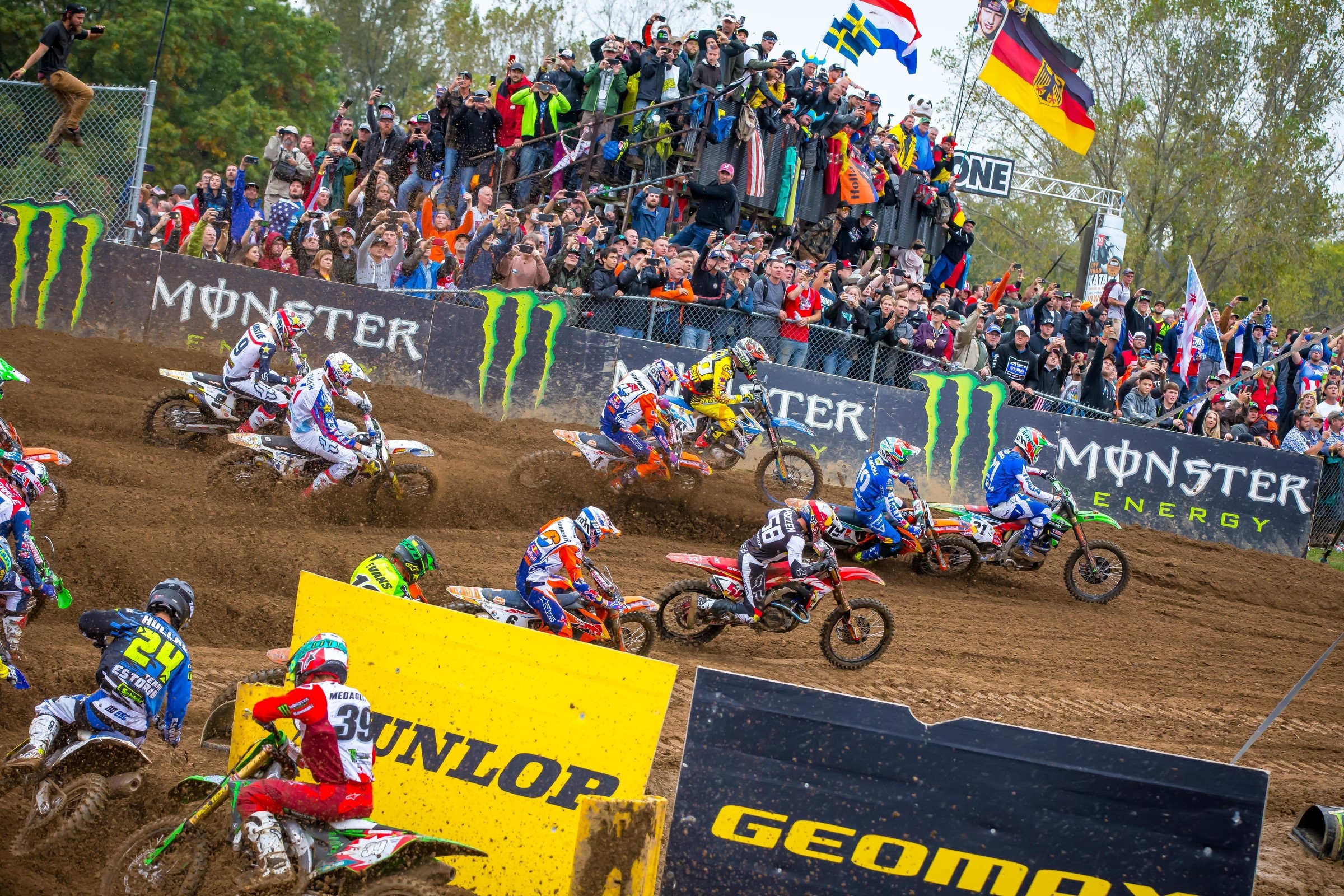 Throughout the month of December, Racer X Online editors and contributors will be handing out one award each day for an outstanding performance or effort or product related to the global motocross industry in 2018. Each winner will receive this award, which we’re calling a Roger, just like the Academy Awards have their Oscars. It’s in honor of Roger DeCoster, a great ambassador for the sport of motocross for more than 50 years. Today’s topic is Racer X Non-National Event of the Year.

There surely couldn’t have been a single person around the world that was disappointed to hear RedBud had gotten the gig to host the 2018 Monster Energy Motocross of Nations. This is not only the track many Americans identify as their favorite on the Lucas Oil Pro Motocross tour, RedBud is also bathed in patriotism thanks to the traditional July 4th weekend date for its pro national. The RedBud rep is big enough to travel overseas—no doubt the regulars on the Monster Energy MXGP circuit have always wanted to rip some laps, and jump LaRocco’s Leap, as well.

Such great anticipation put pressure on the event, though. Brother-and-sister duo Tim and Amy Ritchie consistently put on near-perfect races at their family-owned track, so there was an assumption they would knock this one out of the park. Not so easy, though. While RedBud is RedBud, Tim and Amy knew they couldn’t just plug and play the regular national work into the MXoN weekend. Many changes were needed, some for the track, but actually more just to make sure the facility could handle the massive crowd expected. Amy gave me a tour of the property in July to show me just how much room they have, how much more they were going to get, and then she said she was still afraid they would run out of space. They have a lot of space, but they expected a lot of people!

So while the world expected nothing but greatness from RedBud, the Ritchies worked and stressed to make sure that’s exactly what the world got. Adding extra pressure, Amy and Tim explained that the vision of this event came from their dad, the late track founder Gene Ritchie. It was always his dream to host the ‘Nations at his track. They had to do it for him, and they had to do it right.

An incredible sprit rolled throughout the RedBud weekend. Everyone expected it to be a great party and a good time, but this went beyond just craziness or wildness. This was a celebration of motocross, and everyone, regardless of country or results, or weather, was in a good mood the whole time.

We know this because, well, the weather was not good and Team USA’s results were no better. RedBud was so great, though, that these factors didn’t ruin the mood. Rain came, the sun didn’t, but it did nothing to sap the crowd’s enthusiasm, or the vibe around the event. Then Team USA struggled beyond any reasonable expectations. American fans weren’t pumped on that, but they were still excited before, during and after the races. RedBud and the Motocross of Nations had been a once-in-a-lifetime achievement. No one was going to let some rain or some results ruin it.

There are many great events that comprise the various season-long championships in this sport. This award goes to the one-off event that doesn't count for a title, but still seemed to mean just as much, or, in this case, meant even more.

For decades, fans around the world wondered what a Motocross of Nations at RedBud would look like. We finally got to see it, and it looked just as glorious as we imagined.