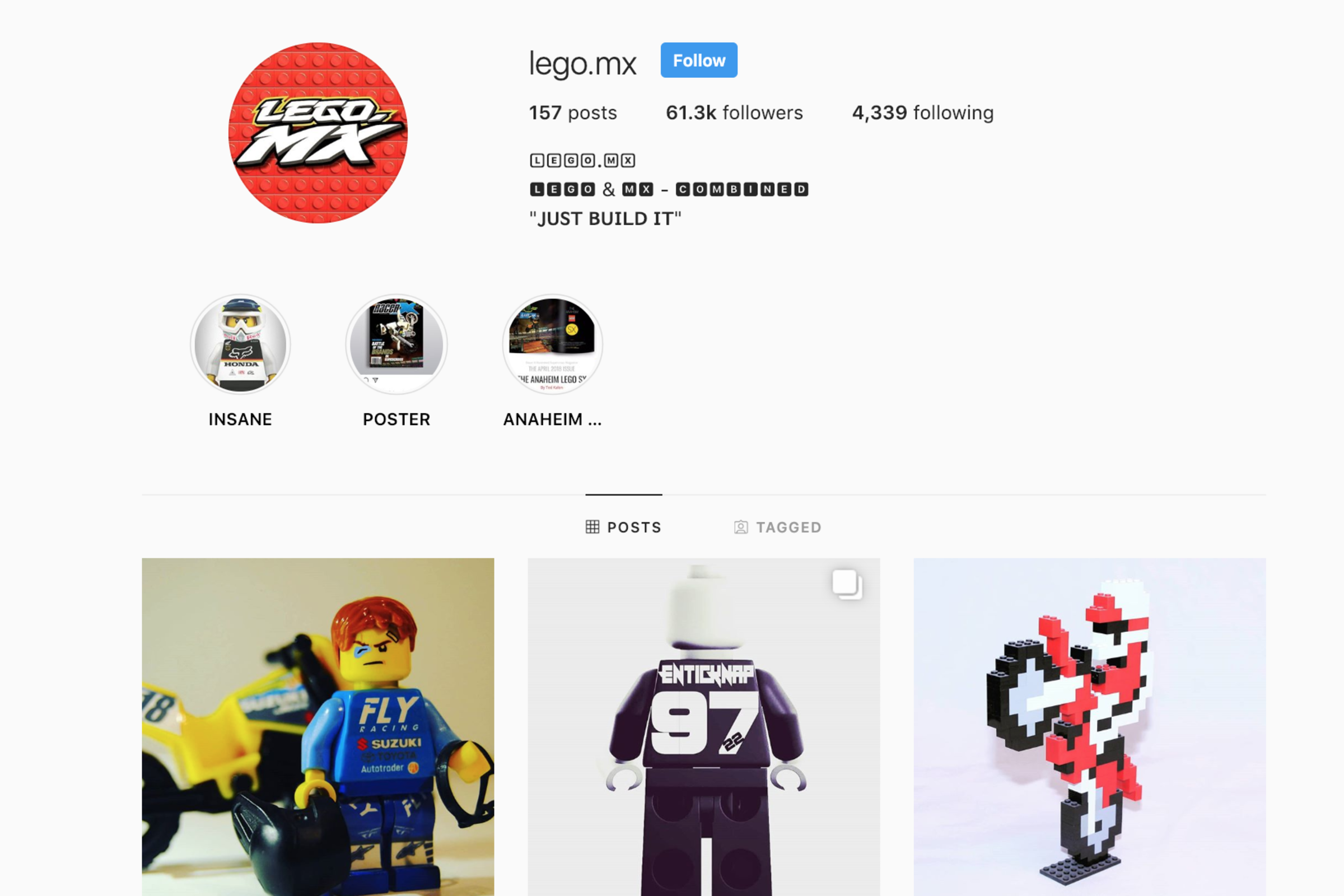 Throughout the month of December, Racer X Online editors and contributors will be handing out one award each day for an outstanding performance or effort or product related to the global motocross industry in 2018. Each winner will receive this award, which we’re calling a Roger, just like the Academy Awards have their Oscars. It’s in honor of Roger DeCoster, a great ambassador for the sport of motocross for more than 50 years. Today’s topic is Racer X Non-Racer Instagram of the Year.

Instagram is obviously a fun way to occupy your time, update friends and strangers on what's going on around you, and always participate in the ongoing, never-ending motocross conversation that's always taking place. Riders and magazines like ours can be prolific—Ken Roczen has over a million followers, and he kept every single one of them abreast of his remarkable recovery from both of his arm injuries over the last couple of years—so we decided to leave riders out of this category for a Roger. For Non-Racer (and non-magazine) Instagram of the Year, all of the ones below are entertaining and well worth the follow (if you have a sense of humor, nostalgia and danger).

Check these Instagrams out:

However, there is one Instagram landing that stands out above all when it comes to sheer creativity, quality, and originality, we have to say that @lego.mx is 2018 Racer X Non-Racer Instagram of the Year. The brainchild of Ted Kalen, a Swedish motocross enthusiast living in Oslo, Norway, he started recreating motocross scenes with his son's Lego kits. His stuff is timely, funny, and very entertaining as he recreates current and past events. @lego.mx is also followed by pretty much everyone in the motocross industry—getting yourself "Lego'd" by @lego.mx can be the highlight of your year (ask Honda's Mandy Fonteyn!) We even had Ted cover Anaheim 1 for us, @lego.mx style, for a magazine feature that proved to be one of our most popular of the supercross season. Ted does it for fun, so on behalf of the 61,000 of us who follow him, we just want to say thank you and congratulations on earning your first award, the Roger!

Follow @lego.mx and all of the sites mentioned above, some of them you're going to love!