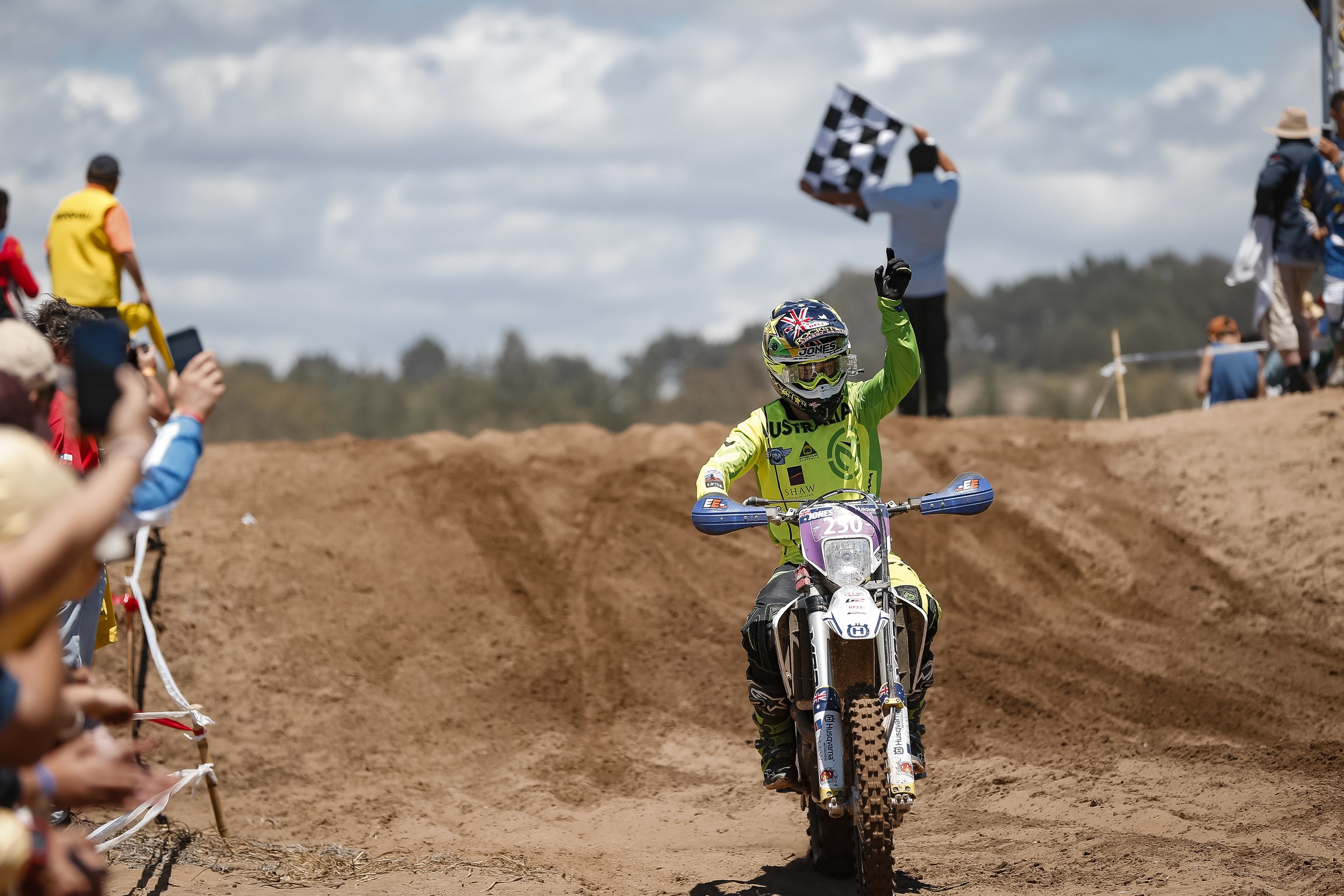 Throughout the month of December, Racer X Online editors and contributors will be handing out one award each day for an outstanding performance or effort or product related to the global motocross industry in 2018. Each winner will receive this award, which we’re calling a Roger, just like the Academy Awards have their Oscars. It’s in honor of Roger DeCoster, a great ambassador for the sport of motocross for more than 50 years. Today’s topic is Racer X Women’s Rider of the Year.

We primarily cover motocross and supercross here at Racer X, so when we went searching for the best women’s racer of 2018, we checked the usual avenues. There were many deserving, and very fast female motocrossers out there, including Italy’s Kiara Fontanesi, who won her sixth world title this year. On the U.S. side, North Carolina’s Jordan Jarvis has begun to take control of the scene, winning the WMX title and winning the Women’s 12+ Class at Loretta’s while still attending high school full-time!

As we started to study the numbers, though, another female racer stuck out. Australian off-road racer Tayla Jones moved to the U.S. in 2017—and wasted no time dominating the scene. She then repeated that performance in 2018.

Here are Tayla’s stats for the year: She won all three championships she competed for—Grand National Cross Country, AMA National Enduro, and Full Gas Sprint Enduro. If she were a gambler, she’d have rolled Lucky 7s, because she won seven of 13 races in GNCC, she won another seven (out of nine) in National Enduro, and seven out of eight races in Sprint Enduro. That’s 21 wins in 30 races. Then, she headed to the International Six-Days Enduro (ISDE) in Chile to lead the Australian team to its sixth-straight Women’s World Trophy. Six years in a row! Remember, she also won all three titles and the ISDE Women’s World Trophy last year, also. So she’s due for some accolades, and for that we present Tayla Jones with the Roger for Women’s Rider of the Year.

Like we said, lots of fast females out there doing lots of impressive things!