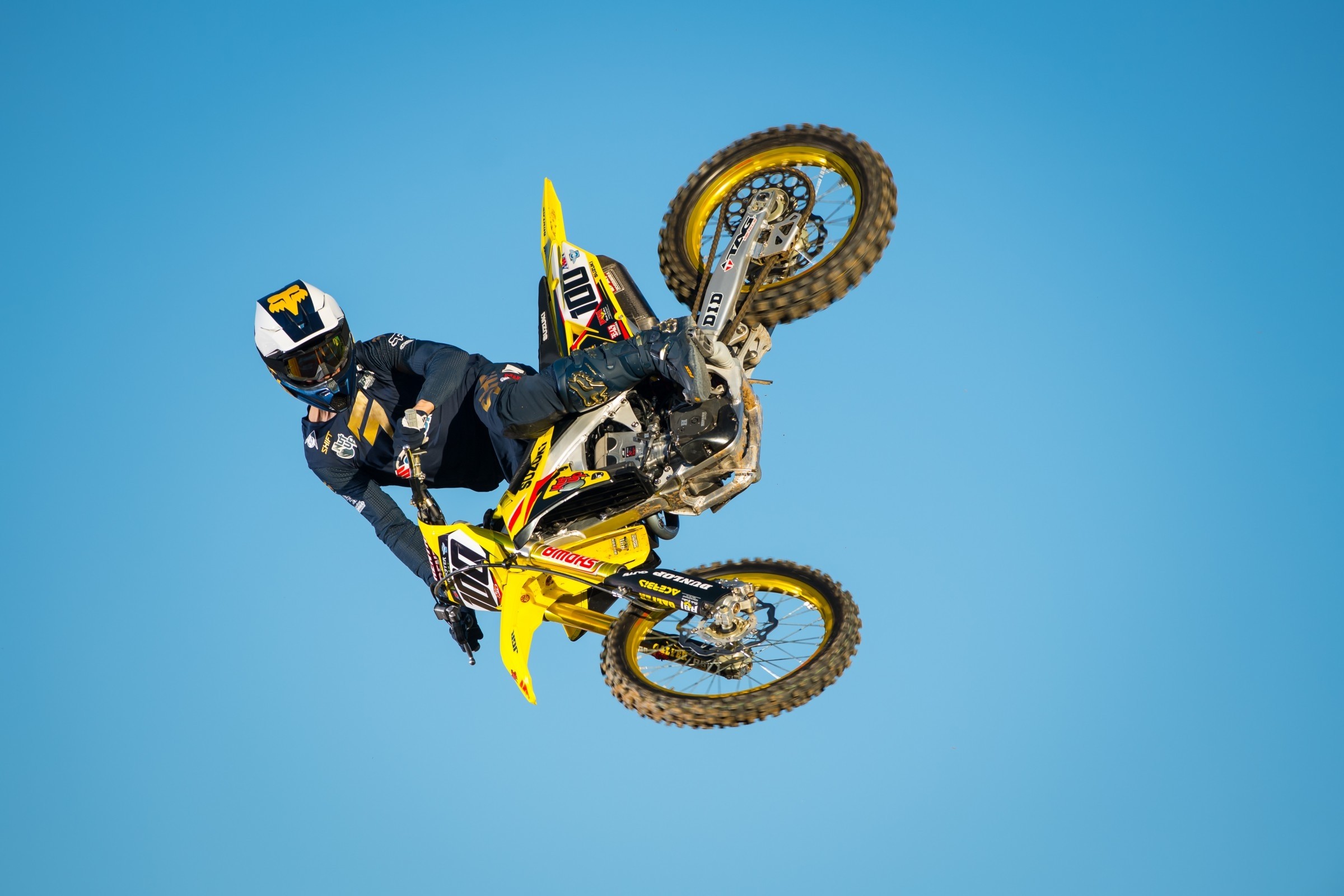 On This Day in Moto December 29

A new team, Nut Up LVN100 Suzuki, was announced for the 2018 Monster Energy AMA Supercross season. The team would race the 450 class and featured Josh Hansen and Matt Bisceglia. Kenny Watson, one of the long-time principles of RCH (and it's forebearer, Hart & Huntington), would run this new team.

Our own Simon Cudby chatted with Watson about the announcement.

“A couple of months ago I got a call from Josh Hansen. We had always talked about working together, and now all the stars have aligned. I had the relationship with Suzuki, and Josh always loved riding Suzukis, and he wanted to get on a 450. Josh had an injury before Monster Cup where he hurt his heel really bad, so he couldn’t race in Vegas.

"As we put this program together we were thinking about a second team rider. I knew Matt Bisceglia from when he rode for RCH, and being around the team and Yoshimura. I asked Josh about putting a program together for Matt. Josh is pretty misunderstood by a lot of people. He is doing this team for the love of the sport and he doesn’t really have to help anybody, but we now have Matt on our team.
We have a three-year business model to build this deal into a full-blown race team. Cary Hart I did it at Hart & Huntington, then at RCH. We are starting small and we’re not saying we are going to go out and win everything, but we want to go and make a really strong presentation at the races, and build an experience so that when people go home, they remember coming by our truck and having a good time.”

Japanese motocross athlete Cloud Toda passed away near Tokyo, Japan. Toda, who was paralyzed from the waist down, was reportedly practicing in a foam pit at 774 Compound when the pit caught fire. Toda had been riding for a few years despite being paralyzed. He was hoping to earn an invite to X Games for the Best Whip contest in 2016.

Here is a fitting tribute video that Transworld Motocross did for Cloud: