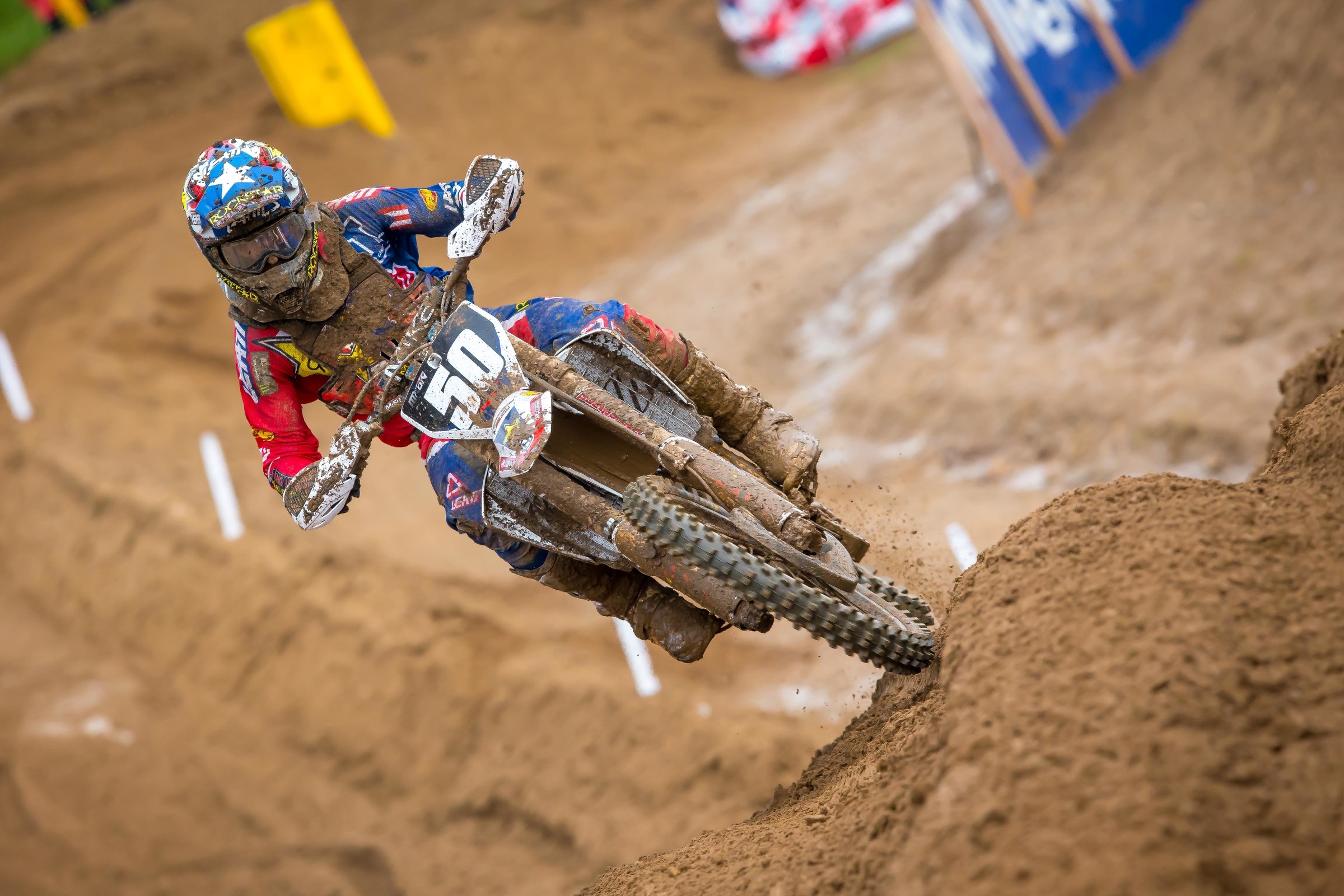 Throughout the month of December, Racer X Online editors and contributors will be handing out one award each day for an outstanding performance or effort or product related to the global motocross industry in 2018. Each winner will receive this award, which we’re calling a Roger, just like the Academy Awards have their Oscars. It’s in honor of Roger DeCoster, a great ambassador for the sport of motocross for more than 50 years. Today’s topic is Racer X Crossover Rider of the Year.

Look, if you don’t know Ryan Sipes is going to win this Roger for Crossover Rider of the Year, you haven’t been paying attention. Okay, Sipes’ schedule is pretty hard to track, but his innovative do-it-all season has put him in the limelight plenty of times throughout the year.

Here’s a look at Sipes’ season, in summary.

Ridiculous, right? Further, it’s one thing to just enter these events, but Sipes proved he belonged in every single one. He had his greatest success in a race where he has the least experience, American Flat Track, which kind of says it all about his ability to pick things up quickly. Sipes raced AFT twice this year. In his first try, he was fastest qualifier. In his second try, he won.

Okay, TT races are tough on the flat track regulars, because a TT track features left-and-right turns and a jump, much different from the usual flat oval. Still, Sipes had never even ridden a flat track bike until this year. The man now has 250SX wins, an ISDE overall win, a GNCC win, and an AFT win on his resume. That’s so crazy.

Further, by advertising himself as the guy willing to try it all, he placed himself in positions to try more. When Zach Osborne went down with injury, Rockstar Energy Husqvarna placed Sipes on the 250MX Champion’s bike. When the whole crazy Team Puerto Rico was hatched, Sipes was a logical pick. Race a 125 two-stroke against 250Fs at a national? Of course.

While Sipes would be a unanimous pic for this award this year, his success actually can shine a little light on others. For example, with Sipes participating in both the MXoN and the ISDE in the same year, it leads to the question of, “Has anyone else done this?” Actually, yes. Just last year, Frenchman Christophe Charlier was actually on the victorious French squads for both the ISDE and MXoN!

Further, in 2003, Stefan Everts completed one of the greatest individual riding seasons of all time by winning the overall at the International Six-Days Enduro. Yes, you read that right, Everts won the ISDE! That same year, Team Belgium also won the Motocross of Nations, and Everts was also the MX1 World Champion in the FIM Motocross World Championship. Now that’s doing it all!

And Sipes isn’t alone even now in his crossover ways. Zach Bell, the former amateur standout with Team Green and GEICO Honda, has revitalized his career on the off-road scene, coincidentally racing on this year’s ISDE team alongside Sipes. Now, Bell is part of a revitalized Kawasaki Team Green off-road effort for 2019, and he’ll be part of that squad in the WORCS next year.

Crossing over isn’t anything new. Sipes is just going next level with it.