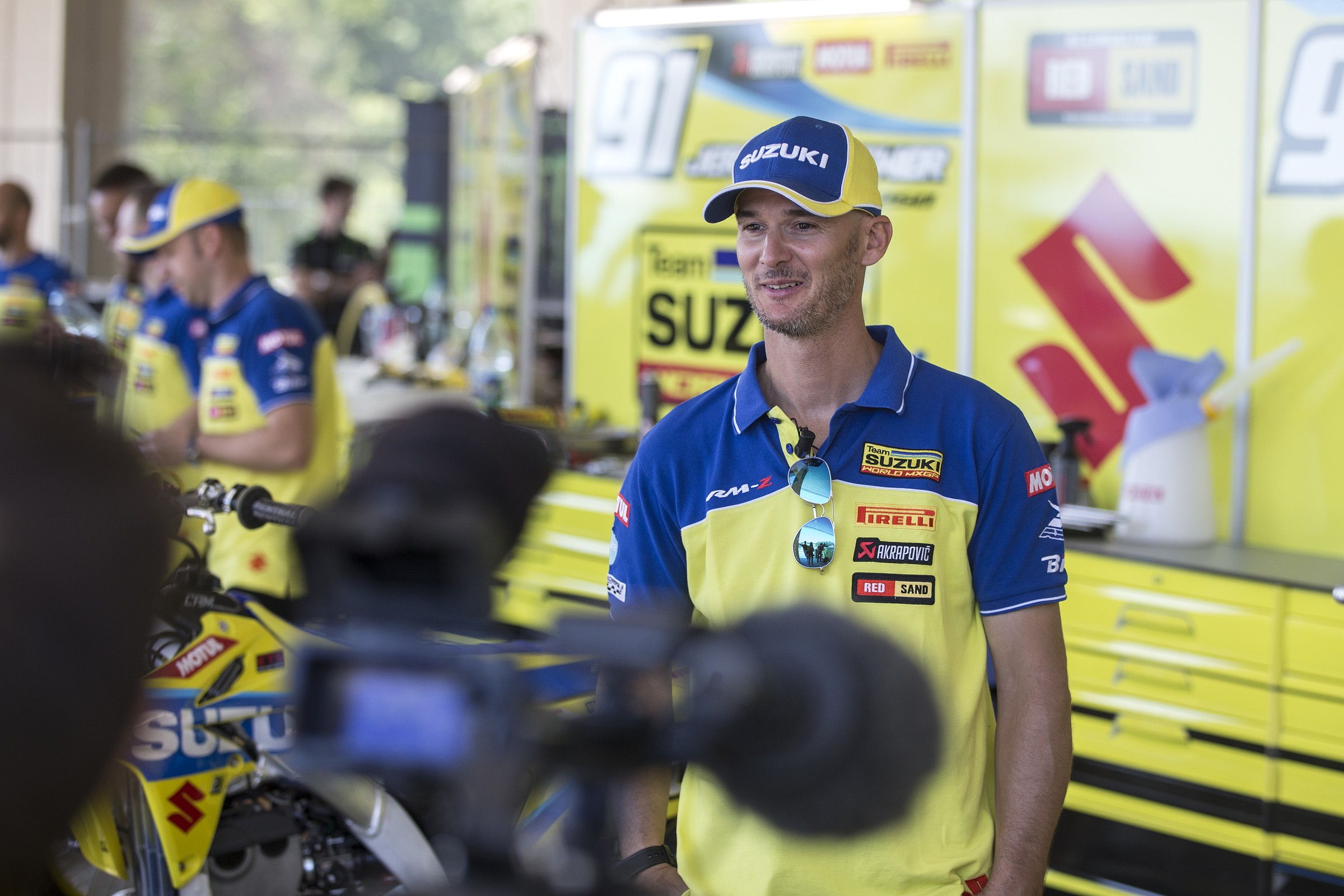 Redux What Went Down The Last Two Days

At this time of year, everyone—and I mean everyone—is scrambling to get ready for the new season. Teams, riders, brand reps, trainers, etc. etc. etc. are all gearing up and getting last minute details dialed for the new year.

We here in the media are no different. The beginning of this week, though, was particularly crazy. So much stuff happened that we could barely keep up, so you surely missed a few things.

It’s been a particularly crazy off-season for JGR/Yoshimura Suzuki, who lost title sponsor Autotrader.com. With Weston Peick dealing with significant facial injuries sustained at the Paris Supercross, Chad Reed is now the team's second 450 rider (alongside Justin Hill) for the 2019 supercross season. Four 250 riders have been confirmed, also. Jason Weigandt detailed the crazy off-season for JGR.

GEICO Honda announced on Monday that Jeremy Martin will miss the entire 2019 season after it was revealed during a checkup that the burst fracture in his back had barely healed. Martin is scheduled for surgery in January at the Steadman Clinic in Vail, Colorado.

2019 Racer X Supercross Preview Show: Episode 2, We Can Be Heroes

Earlier this month, ten-time FIM Motocross World Champion Stefan Everts was hospitalized in Belgium after he contracted malaria while participating in a charity event in the Democratic Republic of Congo. The Everts family released a statement this week that said Everts’ situation was no longer critical. He is still in intensive care in Belgium and the family will release more details when they are known.

KTM announced the release of the 2019 KTM 450 SX-F Factory Edition on Monday. The bike features an “Akrapovič Slip-on silencer, orange anodized Factory triple clamps, Factory wheels with D.I.D. Dirt Star rims, a Factory start for the fork and a composite skid plate." In addition, “the bike has a semi-floating front disc, front brake disc guard, and an orange rear sprocket.”

Over on Exhaust we covered the interesting comments made to Speedweek by KTM CEO Stefan Pierer about the iconic Italian brand.

Jason Weigandt caught up with the legend last week—but we posted on Monday—to talk about Team Puerto Rico’s efforts to help the people of Puerto Rico after Hurricane Maria destroyed much of the island in September 2017. Travis and company recently spent eight days rebuilding a track, a school playground, and more.

Kyle Chisholm is back in the 450 class full-time in 2019 after racing the 250 class with 51Fifty Energy Drink Yamaha this past year. Chisholm joins the previously announced Alex Ray and Adam Enticknap on the team.

With Chad Reed’s deal announced, and Malcolm Stewart’s expected soon, it leaves only a couple big-time free agents left on the market. Justin Bogle was expected to ride for Phoenix Honda Racing in 2019, but that team appears to have dialed-back its plans for a full 450 team. Dean Wilson will be a privateer once again, while Broc Tickle continues to wait for an official suspension announcement. Tyler Bowers, Josh Grant, and Kyle Cunningham are still looking for deals. What’s the latest? We break it down.

If there is a silver lining with J-Mart’s injury, it’s that GEICO Honda decided to stick behind him and even agreed to a two-year extension with the two-time 250 Lucas Oil Pro Motocross Champion. His current contract, which he signed prior to the 2018 season, was set to expire after 2019.

Following the lead of KTM, Husqvarna, which is owned by KTM, released the 2019 FC 450 Rockstar Edition on Tuesday.

Over on Exhaust we published the latest Gymkhana video from Ken Block and company. Spoiler: It’s pretty f’in rad.

This was actually released as part of the new multi-year media partnership between NBC Sports Group and Feld Motor Sports, but you may have missed it. Watch this Saturday, December 22 at 3:00 p.m. ET on NBC. The show will follow a similar format as the 2017 Monster Energy Supercross Preview Show, which aired on FS1.