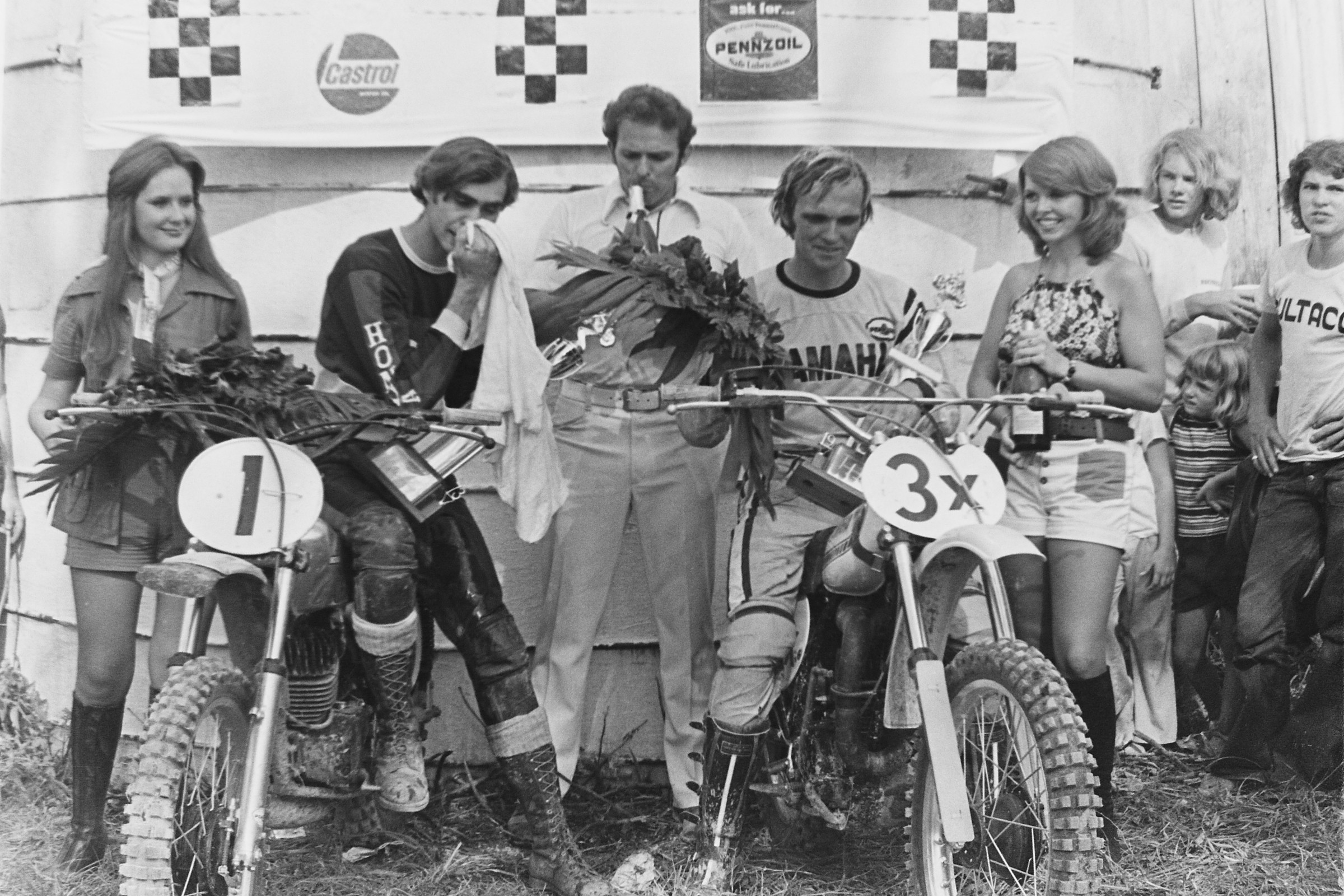 Supercross visited Pittsburgh for the first time and Yamaha's Bob "Hurricane" Hannah got the win after a duel with Honda's Marty Tripes. At one point Hannah passed Tripes, only to run off the track and be forced to do a donut on the infield to get back on track. He then reposed Tripes in almost the same spot and rode off with the win. Honda rider Jimmy Ellis was third, followed by Yamaha's Rex Staten and Mike Bell.

You can catch some rare highlights here as Larry Maiers was signing off from the old MotoWorld TV show.

Gary Jones got Honda's first major motocross win when he won the 250 National at Amelia Earhart Raceway in Hialeah, Florida. Jones, the defending AMA 250 National Champion, was hired away from Yamaha by the company in the hopes that he and his brother Dewayne could get the new CR250M Elsinore into the winner's circle right away. It took just three races for Gary to win, with fellow Honda teammate Marty Tripes second and Dewayne fourth.

In the 500 Class Pierre Karsmakers won aboard his Yamaha, followed by Husqvarna rider Gary Semics and Kawasaki's Peter Lamppu.

Here is Gary Jones and Pierre Karsmakers on the podium in 1973.

It's a three-division Bel-Ray/AMA Motocross National at Six Flags Theme Park outside Atlanta, promoted by legendary southeast promoter King Kelly, and a Honda sweep. The 250 Class was won by Team Honda's Ron Lechien, with Georgia's own Billy Liles second and Yamaha's Rick Johnson third, with some controversy. Johnson finished second in the first moto but was later docked one full lap, knocking him back to eighth, for taking a line outside the racetrack. He won the second moto and would have won the overall if not for the penalty.

In the 125 Class Johnny O'Mara got the overall from Jeff Ward, with Team Tamm Honda rider A.J. Whiting third. And in the 500 Class David Bailey won both motos on his factory Honda with Yamaha's Broc Glover was second and Kawasaki's Goat Breker third.

Honda was winning over in Europe too. Andre Malherbe topped his Honda teammates Eric Geboers and David Thorpe to win the 500cc Grand Prix in Spain. In winning Malherbe took over the points lead from the British rider Thorpe.

In Yugoslavia KTM rider Jacky Martens scored the overall win with 4-1 scores after the top three finishers in the first moto—Marc Velkeneers, Heinz Kinigadner, and Jacky Vimond—all crashed out of the second moto, in separate incidents. U.S. rider Gary Semics raced his Honda to tenth in the second moto for six championship points.

And at the 125cc Grand Prix in Austria, Italian rider Giuseppe Andreani raced his Aprilia to the win .