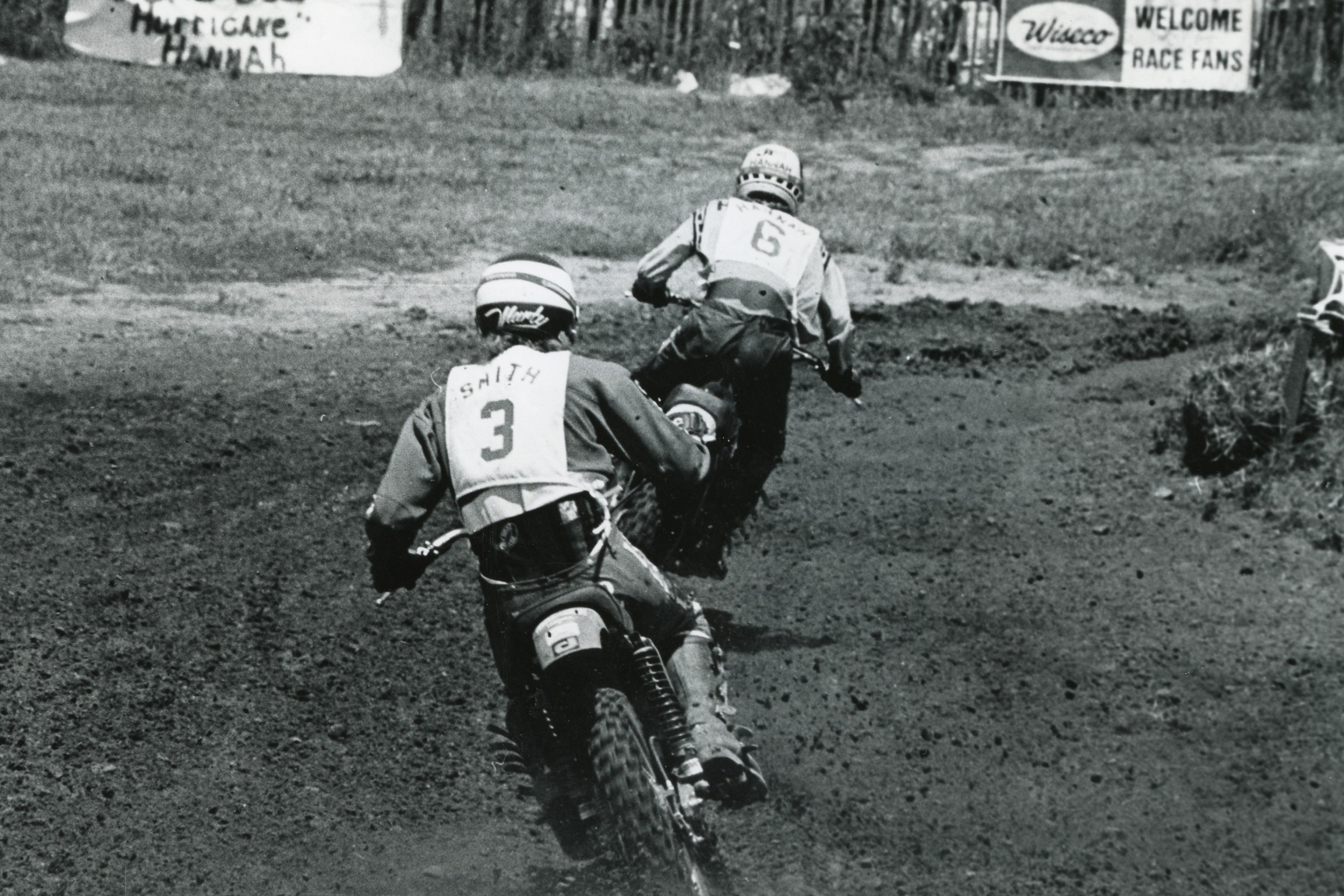 The return of the Monster Energy MXGP of the USA will take place on September 2-3 at WW Motocross Ranch in Jacksonville, Florida. The race will feature matchups of the best riders on the FIM Motocross World Championship circuit with some of the top AMA-based riders on a completely neutral track. In looking forward to the event, we’re going to count down the days to the new race by looking back at some of the most memorable U.S. Grand Prix races. Today we're looking at Mid-Ohio 1976.

In 1976 Marty Smith was at the top of his game. The Honda factory rider had won his second straight AMA 125 National Championship, winning all but one race, just as he had in 1974. The Southern Californian was considered the future of American motocross, destined to be the one to take on the world and win. He and the company were so confident in what he could accomplish that they decided that for 1976 they would fight on two fronts: the AMA 125cc National Motocross Championship, as well as the FIM 125cc Motocross World Championship that was based in Europe. It was the most ambitious motocross schedule ever tried by a true title contender, and at first there was real belief that he must just pull it off. After all, the 125 Nationals were just eight races, the 125cc Grand Prix circuit was 12 rounds. Fortunately for Smith, most of the races were not run on top of one and other, so if he was as fast and he had been in 1975, when he dominated the domestic schedule and then destroyed the Europeans at the 125cc U.S. Grand Prix at Mid-Ohio, he could probably afford to miss a race or two, right?

That was the first the first problem with the ambitious plan: by basically flying back and forth to Europe every other week, he was in for some serious jet lag, and susceptible to the flu bugs that often come with heavy travel. And making matters worse was the fact that the opening rounds for both series—Hangtown for the AMA and Austria for the FIM—were set for April 4, 1976. Of course Smith would have to go to Hangtown, back then the biggest race on the AMA circuit.

The other problems were unforeseen at first, but when they hit, they hit Smith and his plan harder than any flu. First, there was the small issue of his bike. The RC125 he had been riding was to be replaced by an updated new works bike, the RC125M Type2. Honda didn’t want to lose either bike, but especially the Type 2. So they played it safe and decided to maybe have him ride the full works bike in Europe, and a less exotic RC125 here in the States.

The other problems came like a one-two punch. First, everyone underestimated how much better reigning 125cc World Champion Gaston Rahier was when he was home in Europe, and how much better Suzuki’s bike would be in ’76 compared to the one Rahier raced at Mid-Ohio the previous summer.

Second, hardly anyone foresaw the coming storm that was Bob “Hurricane’ Hannah. With exactly one AMA 125 National under his belt—sixth at Cycle-Rama in Texas the year before—Hannah was signed to a development deal with Yamaha to ride their new works OW27 water-cooler bike in the 1976 AMA 125 Nationals. Hannah literally turned the motocross world upside down at the Hangtown opener, going from dead last to first and passing Smith and then leaving him behind. To make matters worse, Smith’s bike broke, and now he was way behind in both America and Europe, where Rahier beat Czech CZ rider Jiri Churavy in the Austrian opener the same day.

Fast forward to later that summer. Smith was having a hard time staying anywhere near close to Hannah, so Honda decided to bring out the RC125M Type 2 and risk losing it to a claim. But now Boone was after Hannah’s bike too, and at RedBud he filed a claim, which freaked Yamaha out. Bob filed a counter claim and ended up drawing a better number in the lottery for the bike. Now Yamaha was under the same threat as Honda

Europe had also proven to be much tougher than Marty would have guessed, as the travel and food and diverse tracks and weather limited him to just one win, the Danish 125 GP. Making matters worse, the Honda he was riding over there broke down a lot. His two-front war was falling apart on both fronts.

And that brings us to the one good day Smith and Honda had in America that summer, and it wasn’t at a National. When the FIM Motocross World Championship came back to America on July 11, Smith’s two wars would come together, as would all of his foes—Hannah, Danny LaPorte Billy Grossi, Steve Wise, and Jim Ellis from the AMA circuit; Rahier, Churavy, Zdenek Velky, and Roger Harvey from the European circuit. But this time Smith got to ride whatever bike he wanted—the FIM did not have a claiming rule. He and his mechanic Dave Arnold chose the RC125, the works bike that he started the season on, as the Type 2 just wasn’t very dependable yet. Hannah would go back to his OW27 works Yamaha.

So it all came to pass that day 41 years ago that Marty Smith and Bob Hannah had maybe their greatest battle together ever, on two of the most exotic bikes ever made, with the rest of the world watching in awe. For two 45-minute motos they battled tooth and nail, with Smith leading almost the whole time, Hannah right behind. Suzuki’s Billy Grossi had the best seat in the house in third-place both motos, but he, like Hannah, too found Smith to be just a little better. Hannah just couldn’t beat the man he’d grown accustomed beating everywhere else that simmer.

At the end of the day Marty Smith became the first American ever to win two USGP races, adding the 1976 Mid-Ohio win to his ’75 conquest. It was also the last time he would ever win on a 125cc motorcycle, and the last USGP he would ever win.