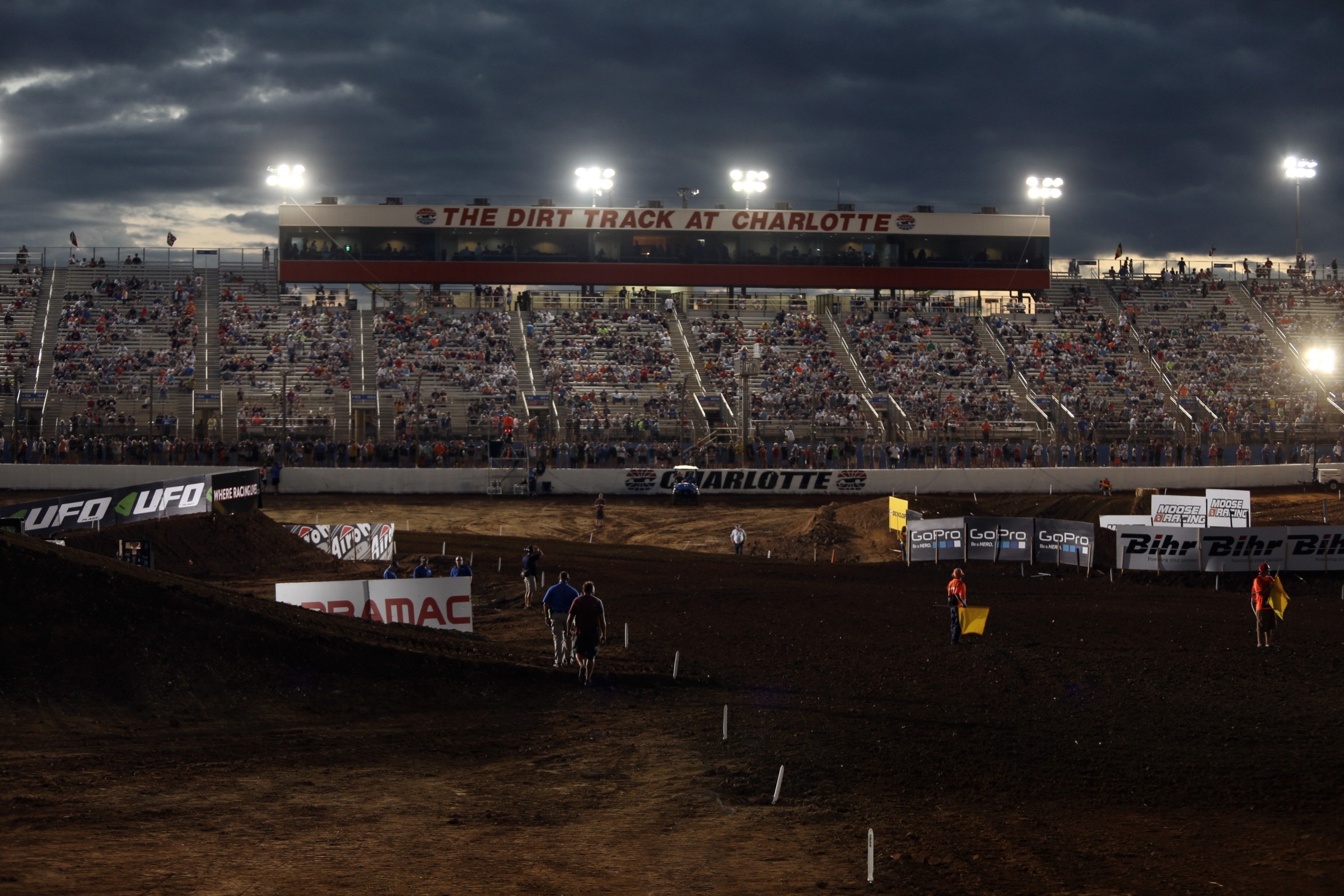 The return of the Monster Energy MXGP of the USA will take place on September 2-3 at WW Motocross Ranch in Jacksonville, Florida. The race will feature matchups of the best riders on the FIM Motocross World Championship circuit with some of the top AMA-based riders on a completely neutral track. In looking forward to the event, we’re going to count down the days to the new race by looking back at some of the most memorable U.S. Grand Prix races. Today we're looking at Charlotte 2016.

All USGPs revolve around a simple question: which riders from the U.S. will show up? The new-for-2016 MXGP of the Americas in Charlotte, North Carolina, would re-introduce that same discussion. As an addition to the GP calendar (the Glen Helen USGP in California would remain for ’16) it added another race to the U.S. schedule, and this one would not take place in the industry backyard of Southern California. But when the rosters were announced, it had enough star power to work wonders—Eli Tomac and Justin Barcia, among others, in the MXGP (450) class; Cooper Webb, Austin Forkner, and Adam Cianciarulo in the MX2 (250) class. In particular, it was Tomac and Webb grabbing the headlines. They were considered America’s best in each class (Webb as the new 250MX champion and Tomac as second in 450MX to Germany’s Ken Roczen). How would Tomac fare against MXGP stars like new sensation Tim Gajser? How would Webb fare against MX2 super hero Jeffrey Herlings?

Webb’s inclusion into the event was extra special. En route to a great 250 career, he garnered a rep as a salty competitor that was not afraid to mince words. Herlings had done the exact same thing in the GPs. Each spent the weeks ahead of the event talking about the matchup, acknowledging they each had the same competitive fire in their guts. For Webb, also, the race was a homecoming. He was born and raised in North Carolina, and this was his only chance to race a big event on home soil.

That soil was trucked in. Charlotte Motor Speedway wanted in on the dirt bike game and found a willing partner with Youthstream and the Grand Prix circuit. The event was originally scheduled to take place at the facility’s Z-Max Dragway, but due to a date conflict (read: fear of a spec of red clay being left on the pristine drag strip asphalt) it moved to The Dirt Track, Charlotte’s dirt oval. The MXGP circuit had refined the process of man-made MX tracks quite well, the Assen event, in particular, gaining positive reviews, but still no one was sure what to expect. The end result of course wasn’t Carlsbad or Unadilla, but it was about as good as could be expected from such a hybrid arrangement. The event offered good sight lines for spectators, great amenities, and a professional look—even heavy, heavy rain the day before couldn’t take the shine off of the facility. But many were wondering what the track could offer in terms of racing and passing.

Leave that to Webb, Herlings, and the 250 riders. Tomac absolutely checked out in both MXGP motos, rolling to a 1-1. Gajser, with 4-2 scores, would finish second overall and also clinch the 2016 MXGP Championship in his rookie year. Barcia finished second in moto one but crashed out of moto two with a jammed wrist.

It was MX2 that stole the show. First, Monster Energy/Pro Circuit Kawasaki teammates Austin Forkner and Adam Cianciarulo thrilled the U.S. fans by emerging through the first turn at the front, side-by-side and battling for the holeshot. They raced around the high banks of The Dirt Track at very high speed, and then Cianciarulo went flying with a vicious crash. He would later post on Instagram a photo of him flying head over heels with the caption “‘Merica.”

Forkner and Webb then held the top spots, but Herlings was coming. On the verge of his long-awaited third MX2 Championship (after two seasons ruined by injuries) Herlings was on a roll, and despite missing a few races with a broken collarbone, he looked to be in fine shape as he closed on Forkner and Webb. Then Forkner lost the front end and crashed, which held Webb up momentarily, and allowed Herlings to get next to him. The two 250 champions raced around the high banks side-by-side, but Herlings made a pass stick and then got away for the win. The victory was especially sweet, because it gave him the points needed to officially lock up the 2016 MX2 World Championship.

In moto two, Forkner again got off to a good start, battling with fellow American Darian Sanayei, who was based in Europe for the EMX250 Championship, and was making his MX2 debut. Forkner quickly secured the lead and tried to take off again. Herlings moved into second, and his 1-2 scores looked to be enough to win the overall, with Forkner looking at a 3-1.

Meanwhile, Webb was way back. He locked bars with another rider and started about last in the field of 20. His hopes appeared to be dashed. But then Webb put on the charge of a lifetime. He made his way all the way to third, but still had quite a distance to make up on Forkner and Herlings up ahead. With 10 minutes to go, though, Webb went next level. He dropped his lap times into the 1:49s, about two seconds quicker than Forkner and Herlings. The North Carolina crowd sensed something special was coming, so they started cheering and Webb started charging harder. He leaped past Herlings and then made short work of Forkner to complete a spectacular worst-to-first charge that netted him the overall win with 2-1 scores. Forkner just barely held off Herlings for second in the moto, giving him 3-2 scores, with Herlings’ 1-3 slotting in for second overall.

After the race, the fiery Herlings and Webb could only be complimentary to each other, as they both topped each other once in a moto, and left it all on the track. Combined with the great effort by a young Forkner, and this was a USA versus the World battle that had lived up to the hype.