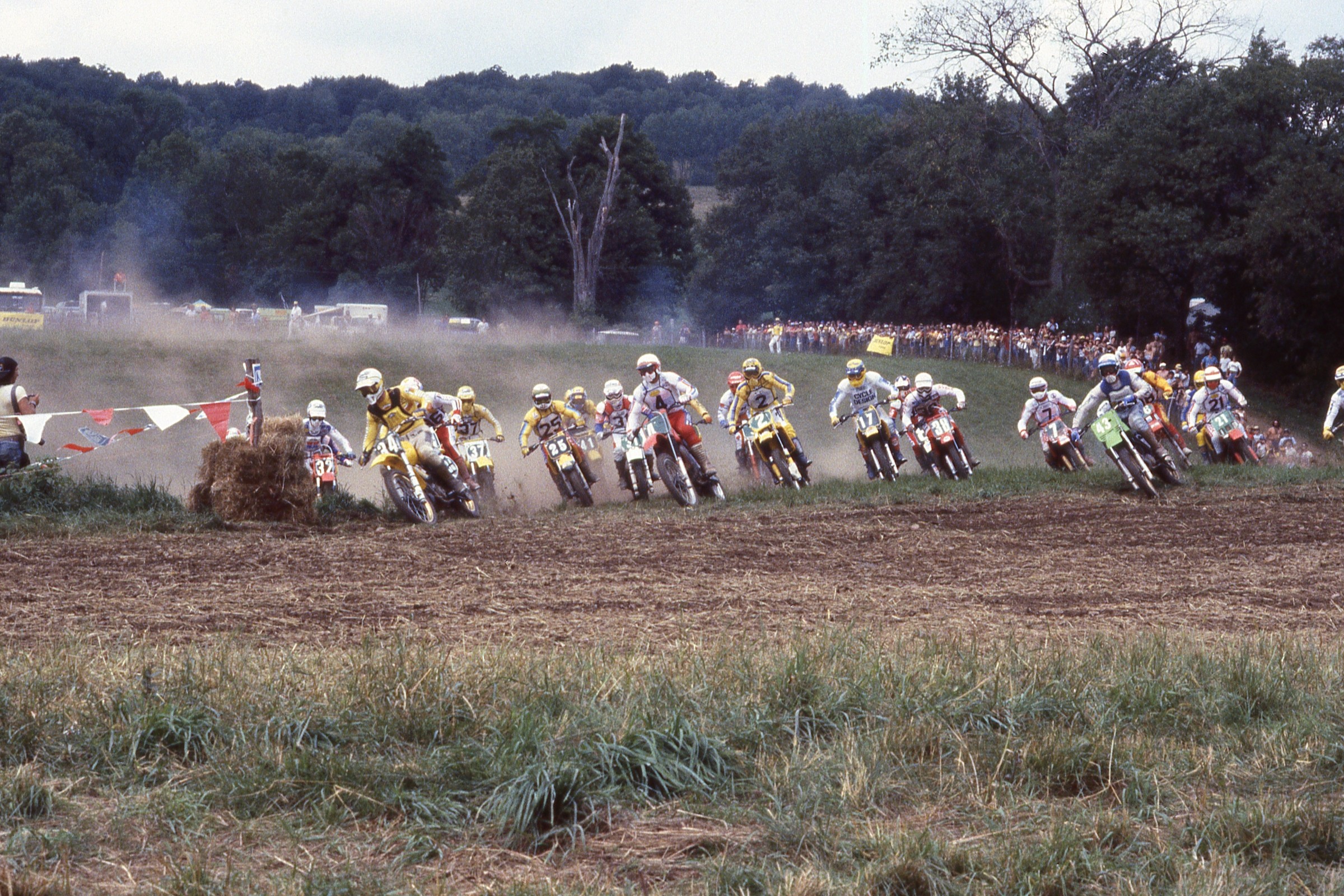 The return of the Monster Energy MXGP of the USA will take place on September 2-3 at WW Motocross Ranch in Jacksonville, Florida. The race will feature matchups of the best riders on the FIM Motocross World Championship circuit with some of the top AMA-based riders on a completely neutral track. In looking forward to the event, we’re going to count down the days to the new race by looking back at some of the most memorable U.S. Grand Prix races. Today we're looking at Unadilla 1982.

Not every USGP was won by American riders. In fact, one of the most memorable USGP races in this 25-Day Countdown to the 2017 MXGP of the USA came in a year that was otherwise dominated by Americans. In 1982 “Bad” Brad Lackey and Danny LaPorte became America’s first-ever FIM Motocross World Champions, and Team USA swept the Motocross and Trophee des Nations with a dominant performance at both races by Danny “Magoo” Chandler. And Chandler was also the overall winner at the 1982 Carlsbad 500cc U.S. Grand Prix, which we already covered in this countdown.

The 250cc U.S. Grand Prix at Unadilla in 1982 was full of extremely fast Americans. LaPorte was considered the star of the show, given the fact that he was vying for that year’s 250cc world crown, and this was the one and only race on the schedule where he would have the home crowd on his side. His main rival was Georges Jobe, the elegant Belgian flyer who was a Suzuki factory rider. They would be joined on the starting gate by some of America’s best riders of the time: Team Yamaha’s Broc Glover and Rick Johnson, Team Honda’s David Bailey and Donnie Hansen, who would be crowned the ’82 AMA Supercross and 250 Motocross Champion.

Overlooked in all of the star power by the partisan fans was a Dutchman named Kees Van der Ven. Few Americans had ever heard of the guy, and the fact that he was riding a white KTM against all of those works Japanese machinery didn’t bode well for his chances on U.S. soil. As a matter of fact no KTM had ever won a professional motocross race in America to that point, something that seems bizarre given the success the Austrian brand has had in the last half-dozen years. But 35 years ago they were barely on the motocross map in America, and the only Dutchman anyone knew of was Carlsbad USGP master Gerrit Wolsink, who had won that race an incredible five times in six years.

At the start of the first moto Glover, the multi-time AMA Motocross #1, took off with the lead while Hansen crashed with British rider Dave Watson in the second turn. Both DNF’d the moto. Then Glover was overtaken by Bailey, who had yet to win a major race at that point in his career. He took off with the lead and was ahead by as much as 22 seconds before cruising to a 10-second win. A late charge by Johnson earned him second, as RJ passed the impressive Van der Ven in the late going.

In the LaPorte vs. Jobe title bout, it got physical as they started bumping one another in the middle of the moto while battling for fourth place. LaPorte got the better of the Belgian and picked up two championship points on him.

At the start of the second moto LaPorte took off with the holeshot, followed by Van der Ven. By this point Ward Robinson’s Unadilla track had gotten down into the rough and rocky stuff, and it turned out to be a perfect track for Van der Ven. He would pass LaPorte and then simply pull away as the laps wore on. Further back Glover was having problems on his OW works Yamaha and ended up crashing out. Bailey also crashed while holding sixth, looping out on one of the rough climbs. He remounted and had to fight his way back to sixth, the crash costing him a shot at a first major win.

Jobe was third in the late stages, one spot behind his nemesis LaPorte. Danny got a boost when fellow Yamaha rider Rick Johnson put on a late charge and passed Jobe, taking more valuable championship points away from him. Donnie Hansen ran Jobe down for two more title points, and LaPorte would now leave with a 16-point lead with two races to go.

But the overall winner would turn out to be Van der Ven, who said afterwards to Cycle News reporter Tom Mueller, “I just did my best. I love Unadilla—there are hills all over. The track is the best, and fans in America are the greatest!”

Van der Ven’s win was KTM’s first on U.S. shores, though an actual AMA win would not come for another 18 years, when Michigan’s Kelly Smith won the 2000 High Point 125 National. By that point KTM’s were orange, and Kees Van der Ven had long since retired.

As for LaPorte, he went on to beat Jobe for the world title, only to lose it back to Georges in 1983. The winner of Unadilla that time would be America’s newest superstar, David Bailey, who also won the AMA Supercross and AMA 250 Motocross Championships in his breakout season.