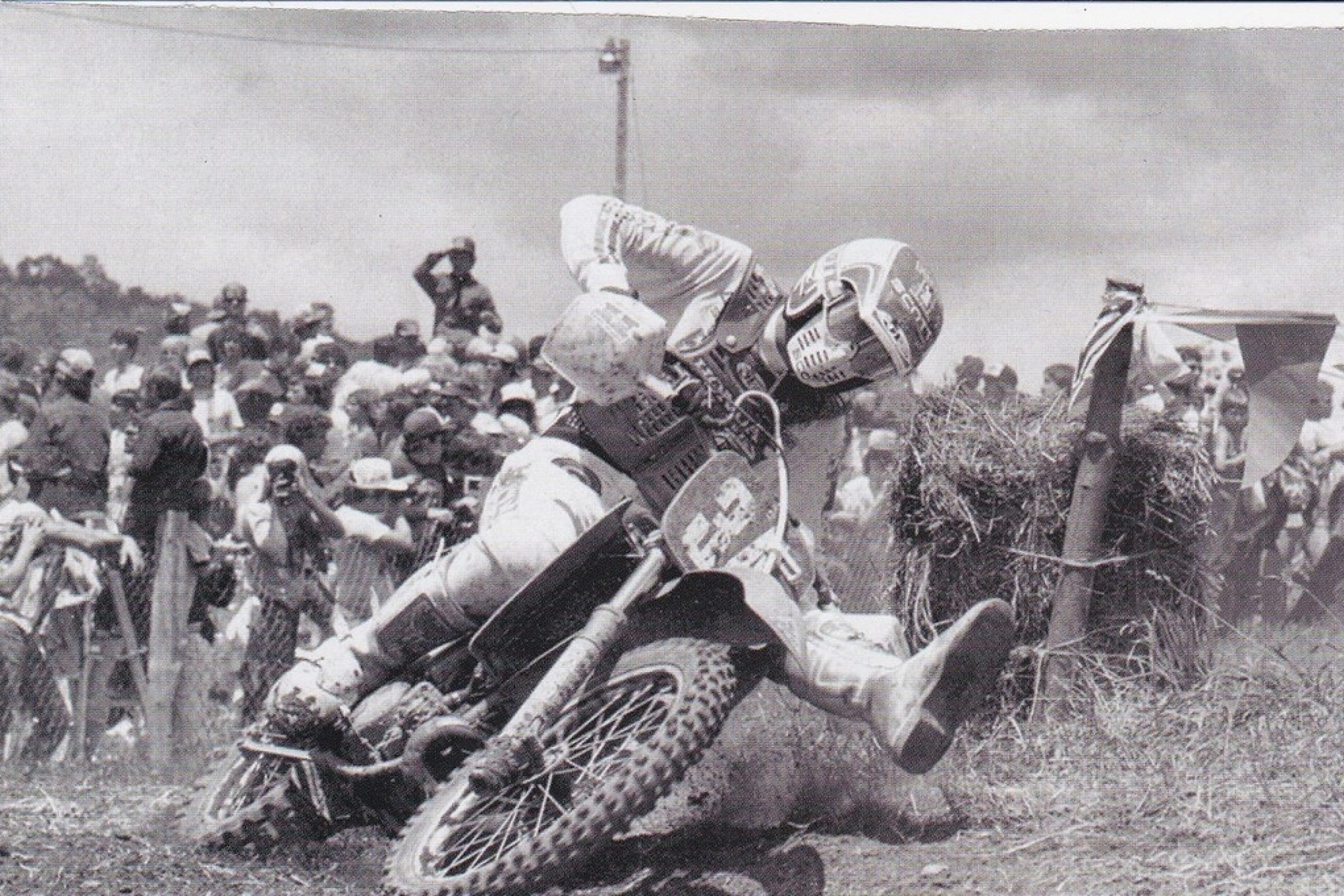 The return of the Monster Energy MXGP of the USA will take place on September 2-3 at WW Motocross Ranch in Jacksonville, Florida. The race will feature matchups of the best riders on the FIM Motocross World Championship circuit with some of the top AMA-based riders on a completely neutral track. In looking forward to the event, we’re going to count down the days to the new race by looking back at some of the most memorable U.S. Grand Prix races. Today we're looking at Unadilla 1984.

For all intents and purposes, all was well with Ron Lechien’s world when the Team Honda box van housing his works 250cc race bikes—and driven by his ace mechanic Chris Haines—left RedBud Track ‘n’ Trail in Buchanan, Michigan, rolled onto the I-80 East highway and initiated the 687 mile drive to New Berlin, New York. While Lechien flew back home to California, Haines kept on trucking to get the van and the bikes to the Unadilla Valley Sport Center for what would be round eight of the 250cc FIM Motocross World Championship. With a long way to go and a short time to get there, Haines had to hotfoot it as his 17-year-old racer was signed up to make a run at the world’s best 250cc motocross racers that forthcoming Sunday at Ward Robinson’s fantastically green Unadilla circuit.

At that point in his still very young motocross career, Ron Lechien was in brilliant form. Lured away from Team Yamaha for whom he had performed supremely well for in the 1983 125cc AMA Motocross Championship, the rookie was lured away from the yellow outfit by the Team Honda siren song of big money and ultra-high-performance race bikes. And it had all gone well. Having already won 250cc Nationals at both Saddleback, California, and Six Flags, Georgia, Lechien was only two points adrift from bitter rival and fellow El Cajon, California, homeboy Ricky Johnson in the AMA 250cc Motocross Championship.

In Sunday morning timed practice, the Yankees drew first blood with Mark Barnett and his production-based Suzuki RM250 posting up the fastest lap time with a trip around the brutal Unadilla track clocked at two minutes and 24.171 seconds. Next up on the timing and scoring sheets were Lechien and Hannah, both right there and on the same second as Barnett.

Finally back to action at Unadilla after snapping his right wrist at the Six Flags National in Atlanta, “Hurricane” Hannah, the darling of the wild eyed, hard drinking Unadilla “hill people”, had only had the cast off his wrist for 10 days prior to the GP.

“Unadilla, as rough as the track is, is not the best place to try and come back,” Hannah told Cycle News writer Tom Kolnowski on race day. Never one to ever make excuses, Hannah ignored the pain and discomfort—not to mention the fact that he was a tad bit out of shape— and went to the starting gate to win. Simple as that.

When the gate clanked into the upstate New York dirt to launch the opening of two 45-minute-plus-two-lap motos, it was upstart Team Tamm Honda rider Alan King leading the way, with Hannah and New England hero Jo Jo Keller giving close chase. In the fray that was the apex of the firt turn, Chandler had been shoved off the track and into the course-lining ribbons, while Barnett was mired mid-pack. Within a few quick minutes, Hannah had found his way into the lead, with Lechien and the No. 34 Honda now in second. Barnett, in a mad dash to the front, had fought his way into third. Slowly but surely, the top three collapsed in on one another and at the 11-lap mark, a dog fight for the lead was on.

“I was slowly reeling in Hannah and Lechien, and then I was right up on them,” Barnett, arguably the most physically fit motocross racer of his era, would comment afterward. “I went right on past and into the lead. It seemed pretty easy after that, and I pulled out a nice lead right away.”

A racer he had gone toe-to-toe with in the ’83 125cc Nationals, Lechien knew what an animal Barnett could be on any given Sunday, but was still a bit stunned when the Bomber flew by him and into the lead.

“My plan was to wait in behind Hannah and pass later on, but I waited too long,” he explained. “I was just keeping a good pace and thought Barnett was just staying even. He came on pretty strong all of a sudden and got by both of us.”

Barnett won the moto ahead of Lechien, Hannah, and a somewhat punch drunk Keller. “Chandler roosted me with a baseball sized rock,” the burly New Englander said after the moto, rubbing his forehead, “and it nearly knocked me out. Man, it was tough to even see out there.”

Black and blue melon and all, Keller holeshot the all-important second moto with Hannah and Barnett creeping right up on him. Meanwhile, do to being jostled around in the opening turn, Lechien was way back.

“Two guys ran into me heading into the first corner and I was stuck in the middle of the show—about 15th,” the Dogger would mention after all was said and done. “I really had to get on the gas.”

One lap in and Barnett was out front and pulling away, continuing to pad his lead by a second a lap when, on lap six he started to slow. Something amiss and looking down and right side of bike, the Bomber pulled off to the side of the track to see that the rear brake assembly of his RM250 was shot. While scoping it all out, five riders flashed by him, Hannah now in the lead and Lechien closing in on the veteran like a freight train.

“I came up on Hannah and seemed to get by pretty easy,” said Lechien. “He was charging and I was expecting him to fight back. He did for a while, but then I think he just got tired and I got away from him.”

By the time the pride and joy of El Cajon, California, met the checkered flag to win the 250cc USGP, Ron Lechien had ammassed a 15 second lead over Hannah. King was third, followed across the finish line strip by Bowen and Barnett.

“This feels great!” said Lechien, the youngest rider, by far, to ever win a World Championship Grand Prix. “Especially to do it in front of all the crazy people they always get here. There’s definitely nothing like Unadilla. I’m really happy to win a GP, and I’d like to give credit to my tuner, Chris Haines, for doing a super job.”

And of the globetrotting Grand Prix riders who were so very much outshined that day in New York, it was KTM’s Heinz Kinigardner, who went 8-10 for ninth overall, who best summed it all up.

“I was completely dead by the end of the moto,” he lamented. “I will be happy to get back to Europe—the tracks are much easier. This track is very hard to ride, since it is like a stadium track with all of the bumpy sections. Europe has much faster and smoother corners. I like those better, and I need to keep making points to say in front in the World Championship.”

His explanation of the Unadilla circuit and the American riders he faced that afternoon almost laughable, the Austrian racer would ultimately forge on to win the ’84 250cc World Championship.