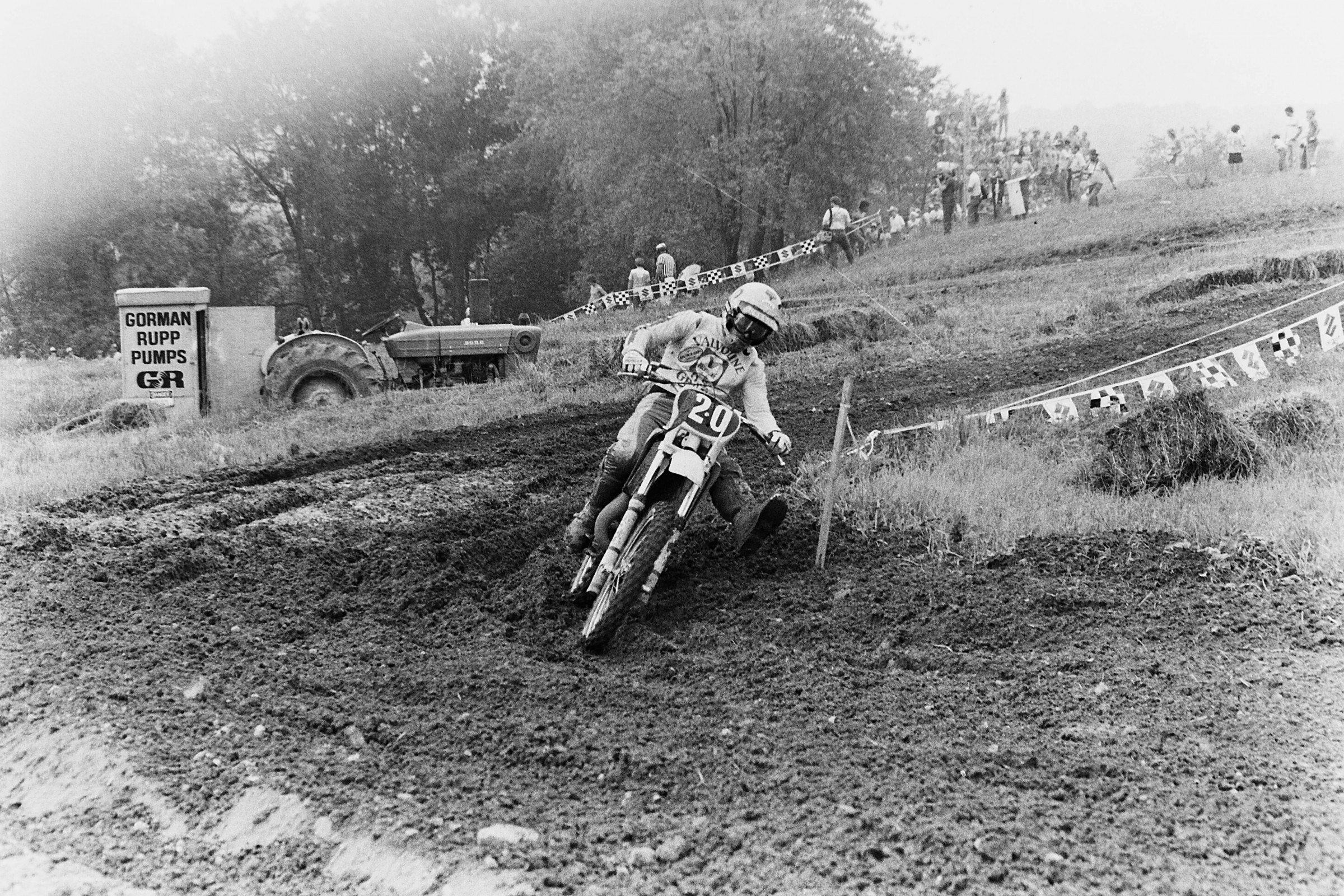 The return of the Monster Energy MXGP of the USA will take place on September 2-3 at WW Motocross Ranch in Jacksonville, Florida. The race will feature matchups of the best riders on the FIM Motocross World Championship circuit with some of the top AMA-based riders on a completely neutral track. In looking forward to the event, we’re going to count down the days to the new race by looking back at some of the most memorable U.S. Grand Prix races. Today we're looking at Mid-Ohio 1981.

Yesterday morning at Budds Creek, as everyone was preparing for this weekend’s GEICO Motorcycle Budds Creek National, Mark “Bomber” Barnett climbed off the bulldozer he was operating as he prepped the track for press day. We started talking shop and he mentioned that he’s been digging our 25-Day Countdown to the MXGP of the USA, which will be held at WW Ranch in Jacksonville on September 2-3. I knew that Bomber had won two 125cc U.S. Grand Prix races when it was the old Valvoline 125cc U.S. Grand Prix at Mid-Ohio Raceway, and I asked him which one he enjoyed more.

“The first win in ’79 was sweet but the second one in ’81 was even sweeter,” said Barnett, who was at the absolute zenith of his AMA Motorcycle Hall of Fame career in the summer of ‘81. “I was like six seconds a lap faster than anyone, and I remember [AMA referee] Ron Denny riding around on the infield behind me. I couldn’t figure out what he was doing. Afterwards he told me I was going so fast he wanted to check and see if I was cutting the track anywhere!”

When the 125cc FIM Motocross World Championship rolled in that July, Barnett was in the middle of the best streak of his career. From sweeping the Houston Astrodome doubleheader SX on March 13-14 to winning the final SX of the year and finishing out the 125 Nationals with a win at Washougal on August 2, the Bomber won 13 out of 14 races, including the Los Angeles Coliseum SX on July 11, where the clinched the 1981 AMA Supercross Championship. He also won all seven 125 Nationals he entered to win that title. He almost certainly would have had a perfect season if he hadn’t broken his arm before the final race at Carlsbad. It was a run of Carmichael-esque dominance, both indoors and outdoors. The only race he lost—the first night at the Pontiac Silverdome SX—he finished fourth after crashing in the first turn with Johnny O’Mara.

Barnett knew that Mid-Ohio would be hosting a 125cc GP for the last time in 1981. It had been announced by the FIM that since the Americans had failed to show at the last two Motocross and Trophee des Nations races in Europe, they were losing the 125cc Grand Prix at Mid-Ohio after a seven-year run. Barnett, who hailed from Illinois, always enjoyed racing at Mid-Ohio.

For the Grand Prix Barnett would use the same works Suzuki 125 that he was dominating the 125 Nationals on, but first his team had to add some weight.

“The bike was barely 175 pounds, and the FIM weight limit was 194, so my mechanic Jeff Clark filled the shock reservoir with lead to make the weight,” explained Barnett.

He qualified fastest, and then laid down the law at the start of the first 40-minutes-plus-two-laps moto.

Wrote Cycle News reporter Tom Mueller, “When the gate dropped Barnett must have thought he was at another National. He took a 10-yard lead going into the first few turns and from there boogied away.” He never let off, and at the end of the moto he had an astonishing one minute, 48 second lead on second-place Jim Gibson of the Honda factory team. When asked by Mueller how it, Barnett laughed, “I had fun doing that!”

Moto two got underway with a light rain falling, and this time Barnett got tangled up with Gibson off the start and went down. Covered in mud, he set out after everyone else, with Honda’s Johnny O’Mara out front and pulling away.

Meanwhile, the Grand Prix regulars were collectively struggling. Team Gilera’s Michelle Rinaldi got his foot stuck between his swing arm and rear wheel. Suzuki’s Akira Watanabe DNF’d the first moto. Yamaha’s Marc Velkeneers also DNF’d. Harry Everts, the 125cc World Champion, could only make it up to fifth in either moto, though his 5-5 scores would be good for second overall.

While O’Mara was cruising out front Barnett was blitzing through the field, “broad-sliding” his Suzuki past both his AMA National competition and the Grand Prix visitors. Once he reached second he began chopping away at O’Mara’s massive lead at a rate of seven seconds per lap. Before they reached the 40-minute mark Barnett was on O’Mara’s rear wheel, and it didn’t take long to swoop by and ride away with a last-to-first win.

“All things being equal, endurance was the deciding factor,” said Barnett afterward. “I want to thank my family for showing up, they were a real pump.” When told that he was now 10th place in the rankings after the ninth round of the series, Barnett laughed, “I win one race and I’m top 10 in the standings? Wow!”

That 1981 season ended with Mark Barnett becoming the one and only rider in AMA Motocross history to win the 125cc AMA National Championship as well as the AMA Supercross crown, with a USGP win to boot.

Ironically, Team USA decided to go back to the Motocross and Trophee des Nations after all with an all-Honda team of O’Mara, Danny LaPorte, Chuck Sun, and Donnie Hansen. They won it all, but the damage was done to Mid-Ohio’s 125cc Grand Prix, which never returned.

Standing behind me in the Budds Creek scoring tower, Barnett asked me how I remembered all these details about the race. I showed him the Cycle News archives on my computer, the best $4.99 any bench racer could spend. He didn’t know it existed, and we immediately began pulling up his old win ads and covers.

“I have that on my wall!” he said of the one celebrating his ’81 AMA Supercross title, “but’s all yellow and tattered now.”

Good thing I know someone with a poster machine.