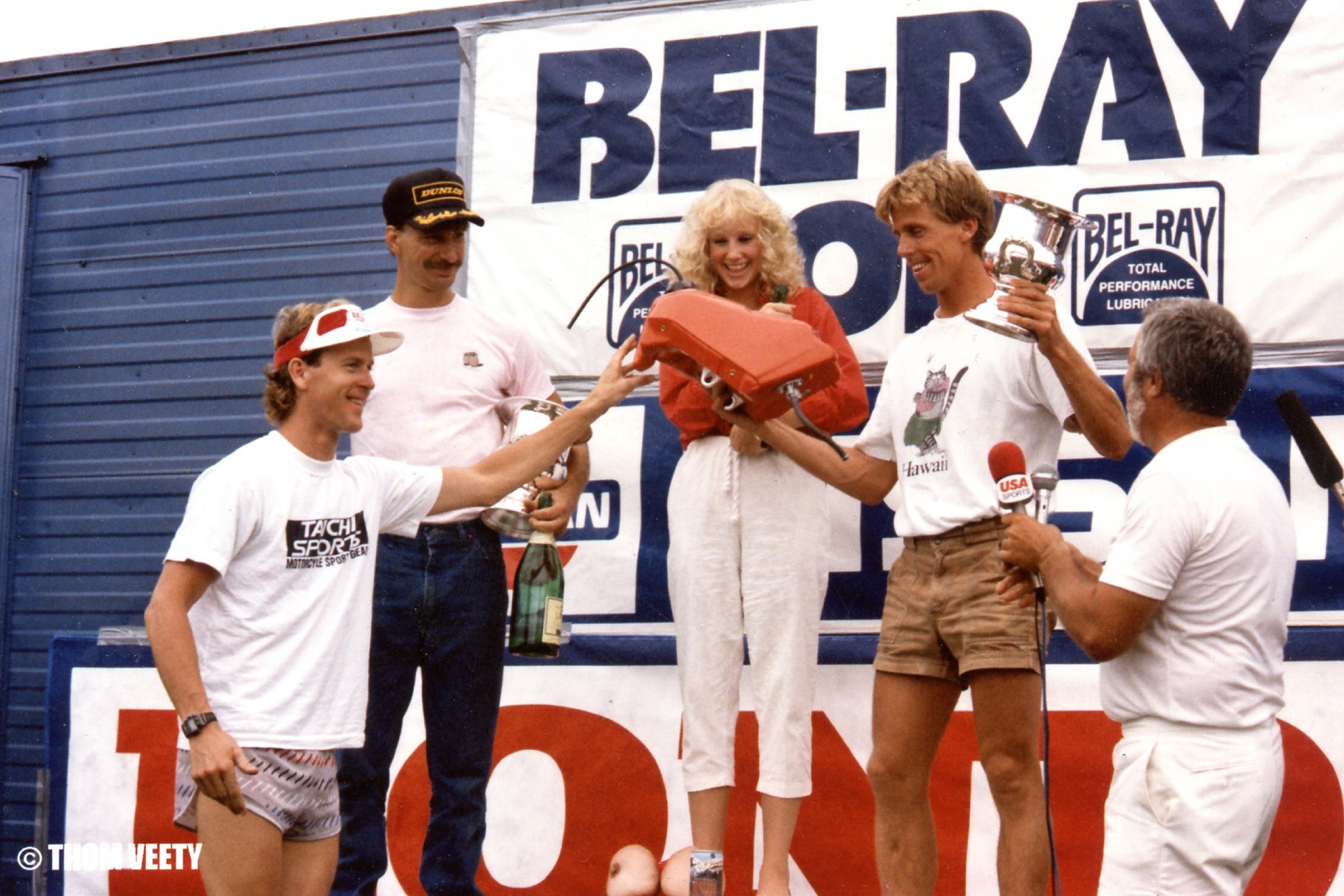 The return of the Monster Energy MXGP of the USA will take place on September 2-3 at WW Motocross Ranch in Jacksonville, Florida. The race will feature matchups of the best riders on the FIM Motocross World Championship circuit with some of the top AMA-based riders on a completely neutral track. In looking forward to the event, we’re going to count down the days to the new race by looking back at some of the most memorable U.S. Grand Prix races. Today we're looking at Unadilla 1986.

Unadilla lore was built partially on loamy dirt, rocks, and handlebar-height grass. But it took Bob Hannah to cement it.

The “Hurricane’s” wide-open style and rugged endurance made him a natural for the track in upstate New York, but while he and the track had many hot dates, they could never completely commit. “Unadilla jinx” was a term that started to get thrown around in relation to Hannah. After the 1985 event, where Hannah won the first moto with an amazing come-from-behind charge but then crashed and broke his clutch lever off in moto two, his chances seemed to be finished. At the end of the season, Hannah would part from the mighty Team Honda and join Suzuki, which was struggling to get its bikes back up to par. Hannah was getting older and not even racing full-time anymore, instead showing up at the races and tracks that still suited him well. Unadilla was on that list for 1986, but Hannah, at 29, was ancient by the standards of the day.

“Always had bad luck,” said Hannah on the MotoWorld television coverage on USA Network before the 1986 event. “Ten years I’ve been here and I’ve won motos every time. Two years in a row I broke front brakes off which has never happened in my career before—I’ve been knocked down, fallen off by myself, had bike failures … last year was the last year I thought I would have a good chance at it. I had a good bike and I was in shape. This year was kind of up in the air, but I feel good and the bike’s good. If I work as well as the bike does I think we have a shot, and that would be a great way to end a career.”

But Hannah would have to deal with the 1985 event winner, Johnny O’Mara, who was as strong as usual. In the first moto, O’Show started second behind Rick Ryan, made a pass, and checked out, winning by a large margin. The Unadilla fans were just pumped to see Hannah work his way up from a bad start to finish second. Hannah backed off the pace once he got there, saving energy for moto two.

“Do you think he was saving something? What’s your opinion?” asked pit reporter Gary Bailey to O’Mara.

“What do you think?” said O’Mara, with a laugh.

"That sucker’s in shape, he wore me out. I couldn’t pick the right lines, he was smart."

So the second moto would mean everything. O’Mara got the holeshot and Hannah started fifth, but quickly moved to second. The battle everyone wanted had begun, and the Unadilla fans, known as the Hill People, started roaring. Hannah responded by making a pass for the lead, and he even pumped his fist for them when he emerged from that steep downhill U-turn, known in Unadilla lore as Screw-U.

Hannah then put the hammer down and tried to get away from O’Mara, but the O’Show, one of the fittest racers ever, wasn’t going anywhere. He stayed on Hannah’s back fender in an attempt to study lines and wear his rival down.

Late in the race, O’Mara was still there, and then he pulled a sweet pass sweeping from the outside to the inside of Unadilla’s long straight—today’s mechanics’ area—to take the lead. At that point, Hannah looked tired and O’Mara found another gear, pulling  away, his second-straight 250cc USGP victory in sight.

Until the last lap. O’Mara’s bike started sputtering, and then it died. He had run out of gas while leading. Hannah cruised by, inheriting the lead and the win in a most improbable fashion.

“I’ve lost a lot of them like this, breaking, but I’ve never won one like this and I don’t like it,” said Hannah to Bailey on the TV show. “That sucker’s in shape, he wore me out. I couldn’t pick the right lines, he was smart. I have to apologize to a few people, to the spectators for promising to win and to Suzuki for promising to win. I won, but not the way I like to do it.”

On the podium, Hannah accepted his long-awaited first place trophy, and then O’Mara stopped by with a prize of his own—his empty gas tank, autographed. At least he had a sense of humor about it all!

I recently talked to O’Mara about that fateful day. “I knew it was running out,” he said. “I knew the feeling. I would do that for training, just do motos until the bike would run out of gas. You would get in a long moto and then you would have to push the bike. I called it push training! You couldn’t do that in supercross because of the jumps, but on an outdoor track, I would just ride until I was out of gas.”

It was a heartbreaking loss for O’Mara, but he looks back fondly on that day now. He still gets recognized for it today, and for an old racer, that’s not too bad.

“People still come up to me and ask about it,” he says. “It’s okay. It made for a good story and something that people always want to talk about.”