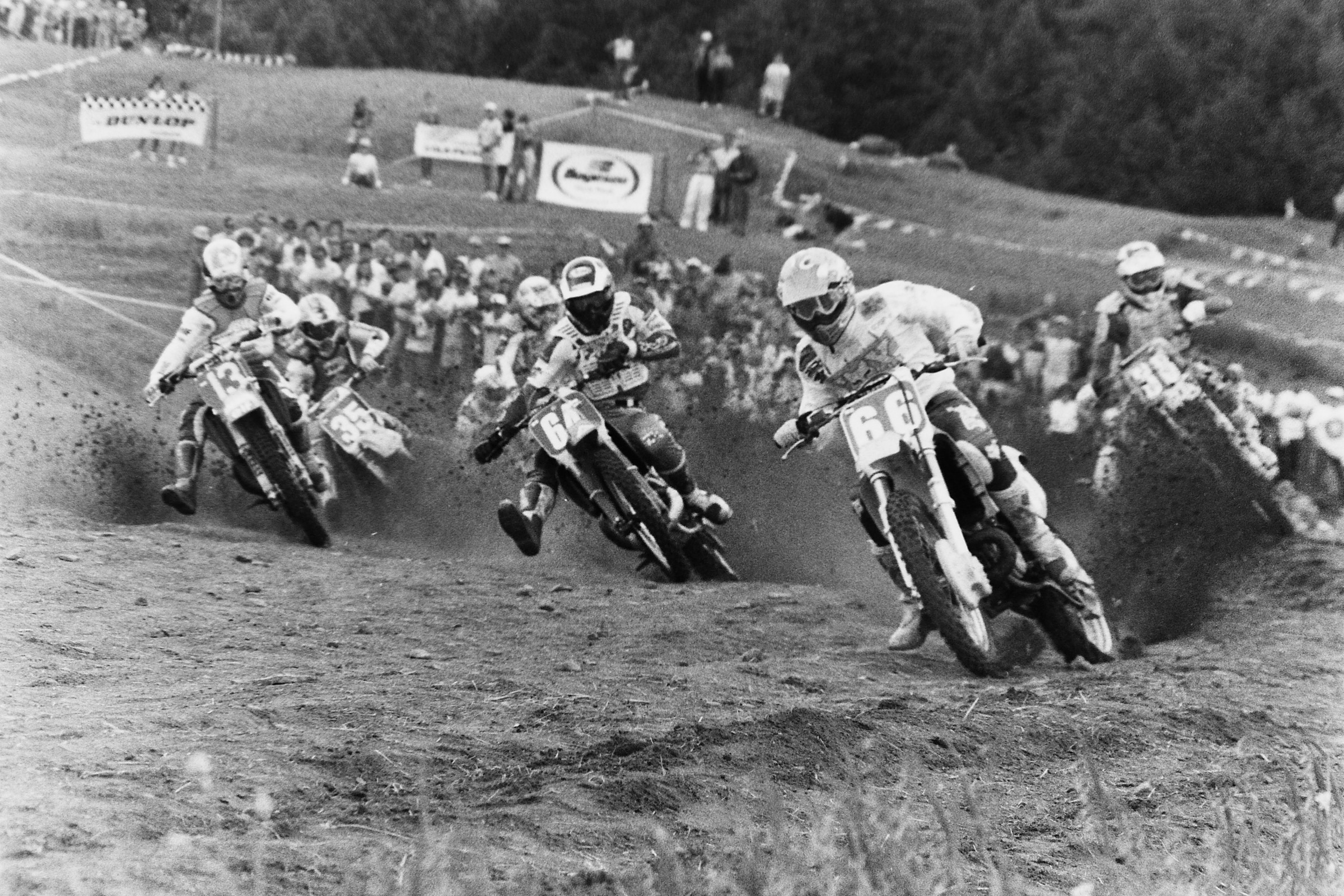 The return of the Monster Energy MXGP of the USA will take place on September 2-3 at WW Motocross Ranch in Jacksonville, Florida. The race will feature matchups of the best riders on the FIM Motocross World Championship circuit with some of the top AMA-based riders on a completely neutral track. In looking forward to the event, we’re going to count down the days to the new race by looking back at some of the most memorable U.S. Grand Prix races. Today we're looking at Unadilla 1990.

Over the four-plus decades of various USGP races there were three dominant riders who stood out from the rest over the years, one in each class. We already covered the remarkable Gerrit Wolsink, the Dutch dentist (for real) who won the Carlsbad 500cc USGP five times in six years. We also discussed 125cc legend Marty Smith and his back-to-back career rides at the Mid-Ohio 125cc USGP. And then there was Jeff Stanton, the three-time 250cc USGP winner at Unadilla. A Honda factory rider from Michigan, Stanton loved Unadilla, and Unadilla loved him back. He even went there in 1989 to race the 125cc Support race at the 250cc USGP, hoping to impress Team USA’s Roger DeCoster with his tiddler skills (which he did).

Stanton’s first 250cc USGP was at Unadilla in 1990 and at the time, he was the reigning AMA Supercross and 250 Motocross champion. He was also all about the American spirit, ready to defend the flag in any racing situation. He was the prohibitive favorite going into 1990, which served as the 10th round of the 250cc FIM Motocross World Championship. It was a series that fellow American Trampas Parker was trying to win on a KTM. Parker, who hailed from Louisiana, burst onto the Grand Prix scene the previous year by winning the 125cc World Championship. He was hoping to become the first American to win two FIM world titles, but that would have to wait a year as Italy’s Alessandro “Alex” Puzar was out front and had the championship lead well in hand. In fact, Puzar would clinch the ’90 title that day at Unadilla with modest 6-5 moto finishes on his Chesterfield Suzuki, despite having picked up a cold.

The race had a healthy lot of fast young Americans, as Stanton was joined by Suzuki’s Larry Ward, Mike LaRocco, and Ron Tichenor. None of them had very good afternoons, and European riders would occupy much of the top 10, with South African traveler Rob Herring second, Finnish rider Pekka Vehkonen third, and Dutchman John Van den Berk fourth overall. Parker, the American vying for the championship, actually had to pull out of the race when the pain of a shoulder injury he picked up in Czechoslovakia became too much on the rough Unadilla circuit.

But the star of the day, hands down, was Jeff Stanton. The winner of the 250 Class at the previous year’s Motocross des Nations in Germany, he was only headed once in both motos, briefly, by Larry Ward in the first moto. The rest was something of a cakewalk.

“I’m glad to add a GP to my collection of wins,” Stanton told Cycle News’ Nate Rauba after the race, “and I’m glad to do it here in the United States.” All told, Stanton would win the 250cc USGP three times in a row, closing out the last three years of ‘Dilla’s time on the world circuit. All told, Americans won the USGP at Unadilla all but twice between 1978 and ’92 (when it ended) and Stanton was the only one to win it three times.