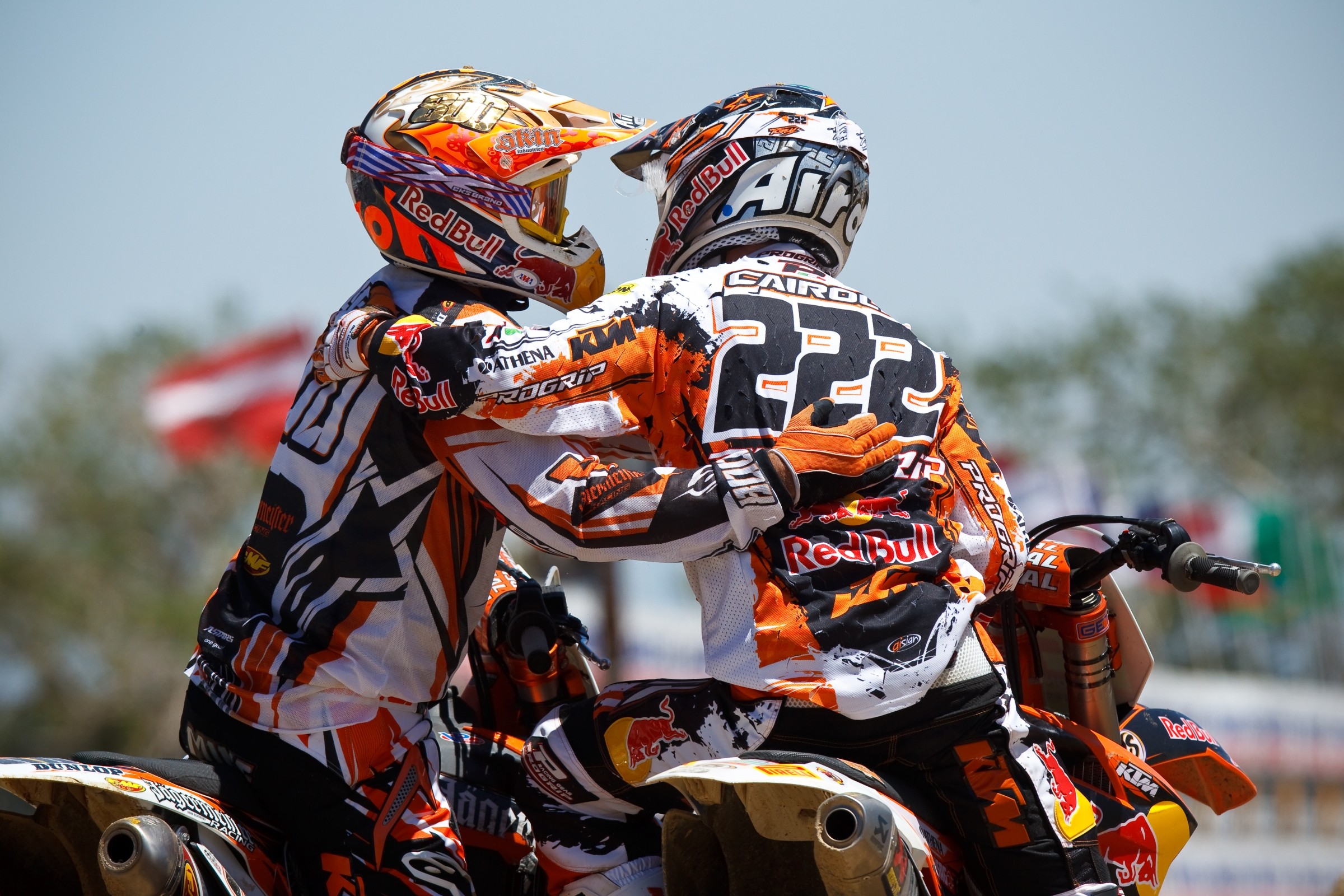 The return of the Monster Energy MXGP of the USA will take place on September 2-3 at WW Motocross Ranch in Jacksonville, Florida. The race will feature matchups of the best riders on the FIM Motocross World Championship circuit with some of the top AMA-based riders on a completely neutral track. In looking forward to the event, we’re going to count down the days to the new race by looking back at some of the most memorable U.S. Grand Prix races. Today we're looking at Glen Helen 2010.

After a long layoff, the United States Grand Prix returned to the FIM Motocross World Championship calendar in 2010, at Glen Helen Raceway in California. Glen Helen is a regular stop of the U.S. motocross industry—both as an industry testing ground and as a stop on the Lucas Oil Pro Motocross Championship schedule starting in 1993. But Glen Helen’s jump to the GP schedule led to a lot of questions about which American riders would show up. A lot of time had passed since the USGP glory days at Carlsbad, and when the field was finally announced, it was made up mostly of Grand Prix regulars.

Two American-based riders would factor in, though. Mike Alessi, a man who grew up racing anytime, anyplace, anywhere, signed up, as he considers Glen Helen his home track. He was ready to go on his KTM 350SX-F. Yes, 350SX-F. KTM debuted the bike that year to mixed results in the U.S. (Alessi won the second moto of the 2010 Lucas Oil Pro Motocross Championship at Hangtown on it, but struggled for the rest of the season). In Europe, though, world champion Antonio Cairoli continued his championship-level form as soon as he got on the bike, with zero hesitation. This led to a variety of theories—from the differences in track prep between the two series to Cairoli’s works 350 maybe not actually being a 350 or to simple respect for Cairoli’s skills on any bike.

Either way, the two 350s met at Glen Helen right off the start in moto one and the battle was on. One other rider got in the hunt—Ben Townley, who was returning from a long run of injuries with an AMA 450MX deal with Troy Lee Designs Honda. BT101, a former MX2 World Champion, was no stranger to the European set and was also determined to reestablish himself as a front-runner in the U.S. He had plenty of speed at Glen Helen, but he and Alessi came together in the first moto, leaving Townley’s bike damaged beyond repair. He was not happy.

Cairoli prevailed in the battle of the 350s, with Alessi second and Max Nagl third. In moto two, Townley was back with a vengeance and blew everyone away. He would not be able to get an overall GP win for the weekend, however, he did generate major interest from GP teams that led to a deal for the 2011 season. He would head back to Europe, but injuries struck again.

Cairoli and Alessi battled again in moto two, but in third and fourth, with Townley and Clement Desalle ahead. Cairoli collected the overall with 1-3 scores to Alessi’s 2-4 and Desalle’s 5-2.

"I have never ridden a track as fast as this and yesterday it took time to learn it and also find the right setting for the bike," said Cairoli to our Adam Wheeler. “I struggled a little bit, but today it was rougher and bumpier and I felt better. The overall victory is important to me for the championship—a good idea to mix a little bit the U.S. and Europe."

Glen Helen represented a relatively rare sighting on U.S. soil for Cairoli. It was quite different for the MX2 front-runners. Marvin Musquin, en route to the World Championship, dominated with 1-1 scores. America would get to know him well shortly after. Same for the rider second in the championship that season—Germany’s Ken Roczen.

And second overall behind Musquin that day? American Zach Osborne, who went 2-2. Osborne was based in Europe at the time, also, but he, Musquin, and Roczen were all heading back to the U.S., sooner rather than later.