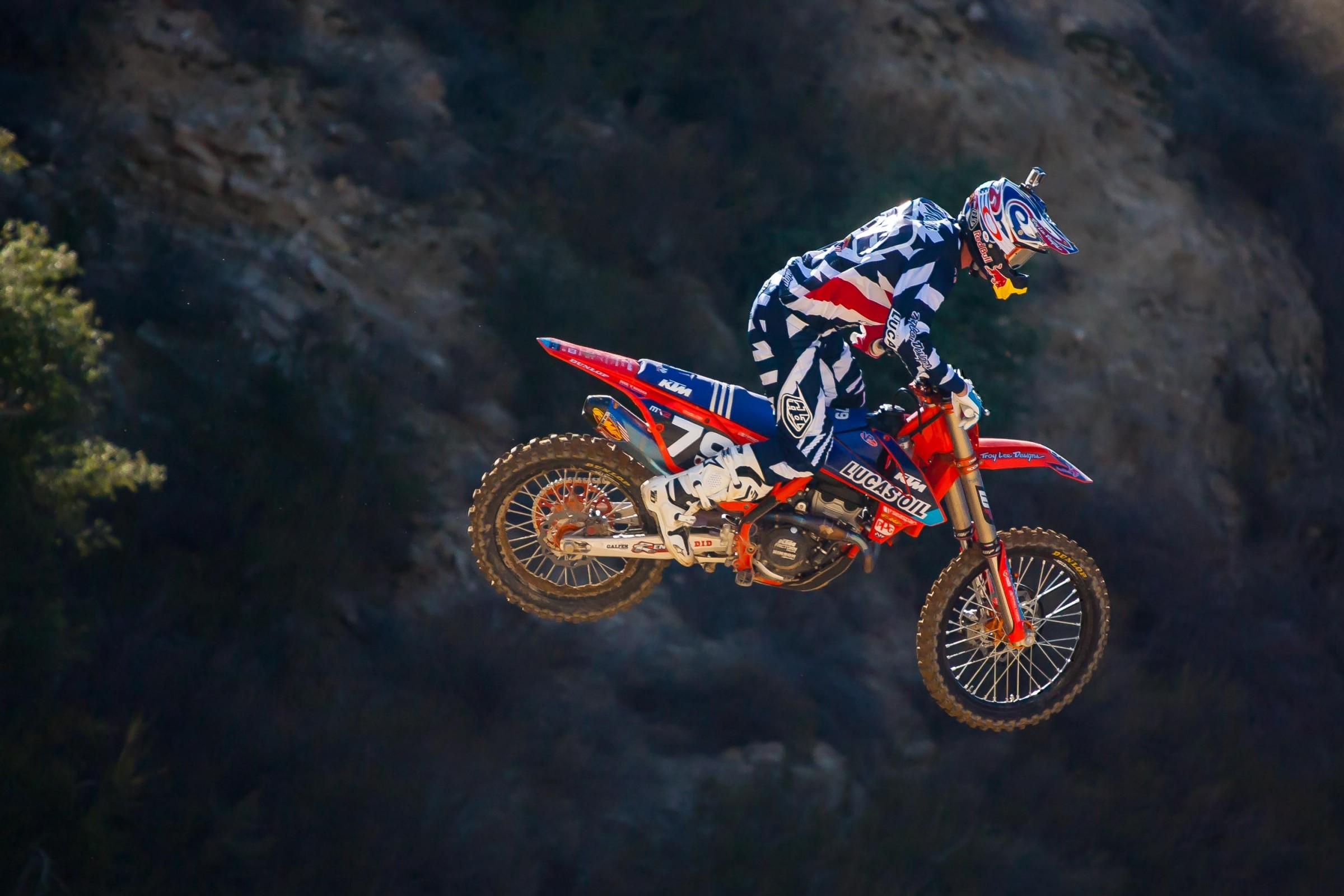 The return of the Monster Energy MXGP of the USA will take place on September 2-3 at WW Motocross Ranch in Jacksonville, Florida. The race will feature matchups of the best riders on the FIM Motocross World Championship circuit with some of the top AMA-based riders on a completely neutral track. In looking forward to the event, we’re going to count down the days to the new race by looking back at some of the most memorable U.S. Grand Prix races. Today we're looking at Glen Helen 2015.

After a few years off the USGP returned to Glen Helen in 2015 in the hopes that it might be Ryan Villopoto’s last race. The 10-time AMA Supercross and Pro Motocross champion had pretty much retired after the 2014 SX tour, where he won his fourth straight title. But then Villopoto decided to go one more season and race the FIM Motocross World Championship in 2015. Glen Helen decided to bring MXGP back as the final round of the series, only to have Villopoto injure his back at the Italian round in April, which turned out to be his last race ever. Glen Helen would not get to send RV off as they had hoped to, but that didn’t stop them from hosting a memorable USGP.

Into the spotlight stepped a couple of other very fast Americans. First among them was Josh Grant, the Monster Energy Kawasaki rider who is a local hero at Glen Helen. He was entered in the MXGP class, going up against the likes of reigning FIM World Champion Antonio Cairoli, who was just coming back from an elbow injury, as well as newly-crowned 2015 MXGP Champion Romain Febvre, French hero Gautier Paulin, Russia’s Evgeny Bobryshev, and more.

And then there was the late addition of Yamalube/Star Racing Yamaha’s Cooper Webb, who had raced the 250 Class all season long, but raised his hand to ride the Open Class for Team USA at the upcoming Motocross of Nations in France. Webb, who had only raced a 450 professionally at the previous year’s Monster Energy Cup, would be the wildcard in the pack.

When the first moto went off Grant was slowed by a twisted ankle, which meant it would be up to Webb to carry the Stars and Stripes against the Europeans. He was game for it too, leading Febvre and everyone else for much of the race. Finally, in the closing stages, Febvre pushed his own Yamaha past Webb’s on the descent of Mt. St. Helens.

“I was a long time behind Cooper and he was really good,” Febvre explained to Racer X contributor Adam Wheeler afterwards. “I could not find one line to pass him. I was really close on the uphill and I managed to close the door, but he took the inside and blocked me. I was again really close on the downhill and he tried again for the inside, but I came a little bit faster on the outside and it worked … although I was not sure about it at the time.”

Febvre was again in the thick of a battle in the second moto, but it wasn’t with Webb. This time Grant, third in the first moto, was able to push through the ankle injury enough to take on Febvre, and like Webb he led into the closing stages. But this time Febvre made a mistake and tipped over atop Mt. St. Helens and gave Grant a straight shot at a very emotional win—he was more or less going to be a free agent after the race as TwoTwo Motorsports, the team he was riding for, closed up shop. Still, with 1-2 moto scores, Febvre took the overall win with Grant’s 3-1 good for second overall and Webb’s 2-3 rounding out the podium.

The MX2 class went even better for U.S-based riders as California’s own Jessy Nelson and his Troy Lee Designs KTM teammate Shane McElrath went first and second in the MX2 overall, and in the first moto Yanks swept the podium as Monster Energy/Pro Circuit Kawasaki’s Chris Alldredge finished second between Nelson and McElrath. Sweeping both motos was a perfect way for Nelson to end his 2015 season, which had started with his first-ever AMA 250 Supercross win at the Anaheim opener. The top Europeans were Swiss rider Valentin Guillod (third), newly-crowned MX2 World Champion Tim Gajser of Slovenia (fourth), and British rider Max Anstie (fifth).

Here’s a look at the Racer X Remastered film of the 2015 Glen Helen MXGP:

And here are the official highlights: