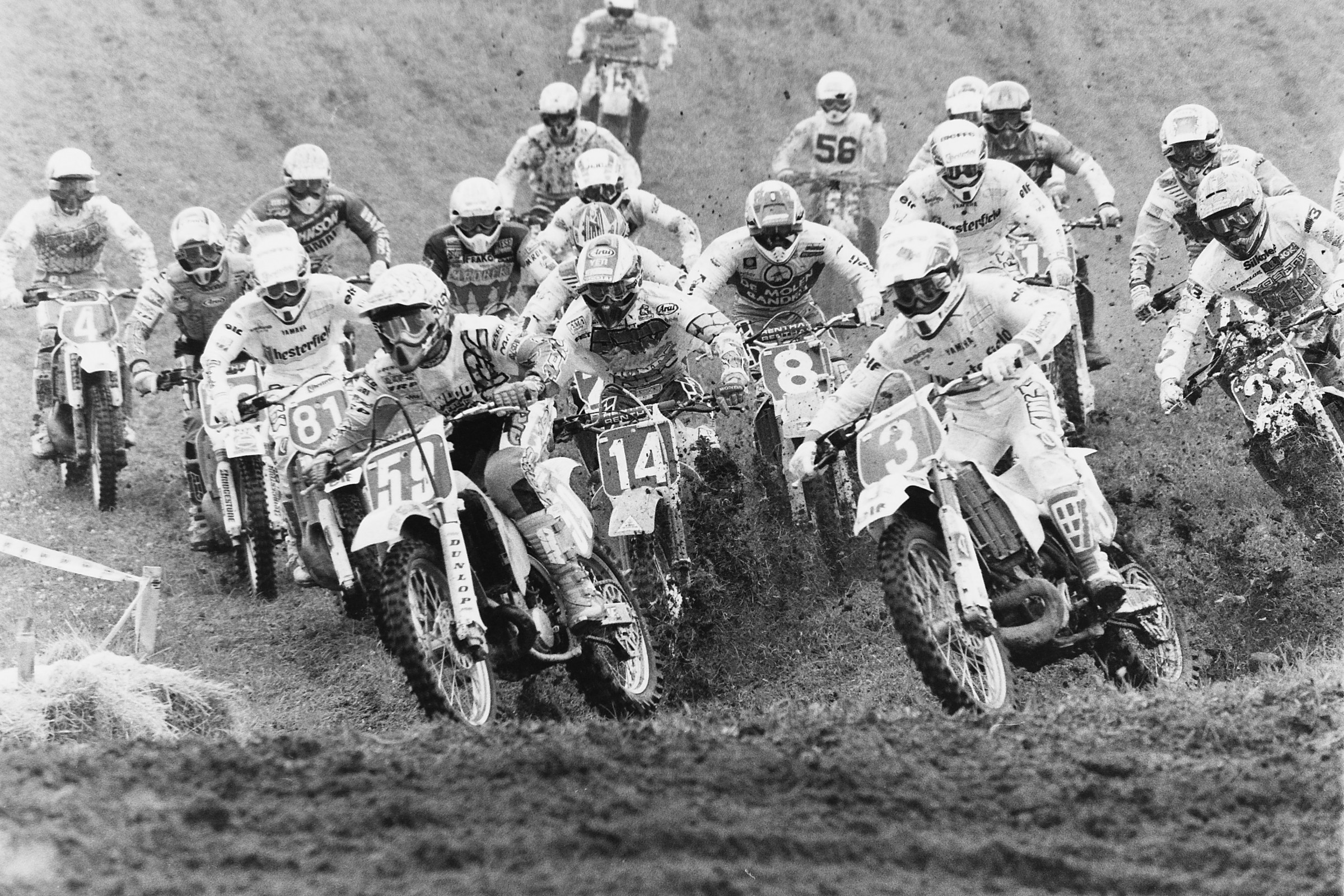 The return of the Monster Energy MXGP of the USA will take place on September 2-3 at WW Motocross Ranch in Jacksonville, Florida. The race will feature matchups of the best riders on the FIM Motocross World Championship circuit with some of the top AMA-based riders on a completely neutral track. In looking forward to the event, we’re going to count down the days to the new race by looking back at some of the most memorable U.S. Grand Prix races. Today we're looking at Unadilla 1992.

Twenty-five years ago the 1992 Dodge Trucks USGP at Unadilla was full of drama, though the eventual win was never really in question for Team Honda’s Jeff Stanton. The three-time AMA Supercross and AMA 250 Motocross Champion rode in on a high note. Just one week before he had clinched a thrilling ‘92 AMA Supercross Championship at the riot-delayed Los Angeles Coliseum finale, the race where Damon Bradshaw more or less imploded.

“Now that the Supercross Series is over I can relax and have some fun,” Stanton told Cycle News cub reporter Donn Maeda. (Don’t laugh, the cub photographers were Kinney Jones and myself.) “I like Unadilla, all the wild spectators make this a fun race for me.”

Bradshaw was entered at Unadilla for the 250cc USGP, but Yamaha team manager Keith McCarty let him skip the race following the dramatic letdown of the previous weekend, though Keith said the reason was “Damon’s leg that he bruised at the RedBud National is still bothering him.” Bradshaw’s Yamaha teammate Jeff Emig, who was riding the 125 Nationals that summer, did come to ride the 125cc Support class (more on that later.) And Stanton’s Honda teammate Jean-Michel Bayle had already won the 500cc USGP at Glen Helen, so he wasn’t coming either. Nor was Kawasaki’s veteran Jeff Ward, who had also raced Glen Helen.

What the field lacked in U.S.-based talent, it more than made up for with the American contingent that was racing the FIM 250cc Motocross World Championship that year. Honda’s Trampas Parker was the defending champ. Former 125 AMA Supercross Champions Donny Schmit and Bob Moore were teammates on the Chesterfield Yamaha team. Mike Healey was Stefan Everts’ teammate on Bieffe Suzuki. Bader Manneh was on an Italian-based Honda team. They were all in the thick of the title fight, as the three shorter motos that the GPs ran back then seemed to keep everyone jumbled.

Stanton was assigned #14 because the year before he raced in (and won) two 250cc Grand Prix events—Unadilla and Japan—and finished fourteenth in the ’91 series standings. He was the prohibitive favorite, especially after Schmit crashed hard in practice. At first he seemed down for the day, as paramedics worried that he had fractured his neck. You can see the scene right here at round the 4:30 mark in the footage.

The paramedics had a neck brace on him and were trying to get him into an ambulance. With his head taped to the backboard, Schmit warned the paramedics, “I gotta be back by 12:30.” Typical Donny! He would check out okay at the ER and then come back a little later than he hoped—the hospital is nearly 45 minutes away from the track. Schmit missed the first moto, but the FIM officials let him ride the last two motos.

Of the three motos, the first was the most exciting, with the poor-starting Stanton finally coming through to the front on the last lap and passing the Belgian rider Marnicq Bervoets on the last lap after pressuring the Yamaha rider into a mistake.

The second moto was actually something of a mudder after a storm hit between motos. A first-turn pile-up cost Schmit, Moore, and Kiedrowski valuable time early in the moto. Moore would rebound best for seventh.

The third and final moto was pretty much a cakewalk for Stanton, and he easily won his third straight U.S. Grand Prix. But ’92 was the last USGP at Unadilla, as the race would be moved the next year down to Budds Creek in Maryland.

“I finally got a good start,” said Stanton after the last moto. “The track really sucked. The ruts were real deep and long, the track was gnarly. I think the three-moto format is boring for the spectators, the races are too short. But like I always say, I don’t hold back for anything.”

How weird were the moto scores? Behind Stanton’s 1-1-1 came second overall Edwin Evertsen of the Netherlands with 9-2-4 finishes in the three motos; third overall Bervoets posted 2-10-8 motos.

Schmit’s heroic effort to race after his ambulance ride would minimize the damage to his points lead, as he finished eighth overall. He was more than 50 points ahead of his teammate Moore, with three rounds to go. When the series ended in Japan with a win for Mike Kiedrowski over Stanton, Schmit was crowned the 1992 FIM 250cc World Champion.

I mentioned the 125 Support class earlier. The top five finishers in the second moto, in order, were DGY Yamaha’s Doug Henry, factory Yamaha’s Emig, Kawasaki Team Green’s Ryan Hughes, RRP Kawasaki’s Tim Ferry, and Team Green’s Scott Sheak. All five of them would win AMA 125 Nationals, and in the case of Henry and Emig have AMA Motorcycle Hall of Fame careers. Not bad for a “support” class lineup!