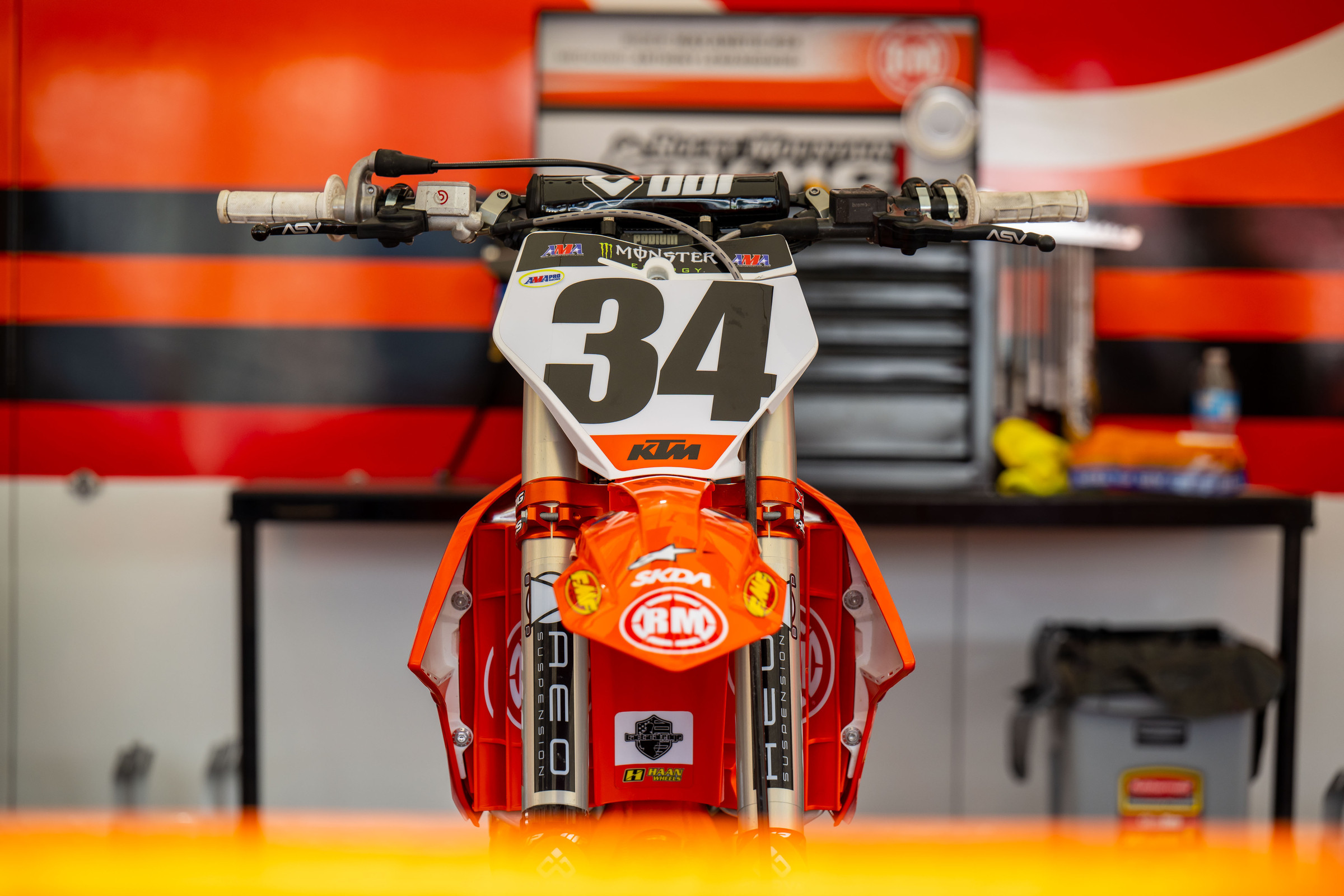 This week Monster Energy AMA Supercross heads to historic Daytona International Speedway. Check out our Injury Report for a look at who’s in and who’s out.

Comment: Anstie is currently out after a crash in Minneapolis resulted in two broken ribs, a collapsed lung, and a bruised heart. Anstie hopes to be ready in time to return for Seattle, but at this point nothing is set in stone.

Comment: Bloss injured his collarbone and ankle and hasn’t raced yet in 2022. He hopes to return to racing soon.

Comment: Cianciarulo is out for the supercross season with an injured knee.

Comment: Hill is out due to fractures to his hip and pelvis, sustained during qualifying at Anaheim 3.

Comment: Martin went down hard during qualifying in Minneapolis and sustained broken T6 & T7 vertebrae. There’s currently no timetable on his return.

Fredrik Noren – Back | Out

Comment: Noren has been dealing with lower back pain since Glendale and hasn’t been able to ride properly and hasn’t been practicing during the week. He’s going to sit Daytona out “in the hopes to figure out what’s going on and come back ready to ride the speed I can and should.”

Comment: Plessinger broke his arm last week while practicing. There is currently no timetable on his return, but he’s out for the immediate future.

Comment: Ray underwent appendix surgery on before Arlington. He’s out for Daytona but should be back for Detroit.

Comment: Robin crashed in the whoops at A3 and sustained an AC joint separation. He’s told us he was going to sit out Arlington and go from there. At time of posting, we hadn’t received a response on his status for Daytona.

Comment: Wageman went down in Arlington and broke his wrist. There is no solid timetable on his return, but he will miss a substantial number of races.

Comment: Chambers injured his AC joint in his shoulder at the first round and was expected to miss at least four weeks but posted on Instagram he is back and will in fact race his home race in Florida this weekend.

Comment: Cooper is out for the supercross season with a broken foot.

Comment: Last week Clark posted that he suffered a broken ankle. He’s out for the immediate future.

Comment: Floyd is out for the time being with broken metatarsals.

Comment: Forkner went down hard in Arlington after a cross-jump from Jett Lawrence resulted in a midair collision. Forkner will miss multiple rounds with a broken collarbone.

Comment: Geistler isn’t returning to racing in the near future due to a broken tibia and fibula.

Comment: Hampshire had a hard crash in the second 250SX main last week and missed the third race due to concussion protocol. His team says he’s good to go for Daytona.

Comment: Kitchen had a bad get-off last week in Arlington that ended his night early. This week his team announced that he was still recovering from the crash, and that he would not be racing in Daytona. Our own Steve Matthes also reported that Kitchen sustained a broken kneecap in the crash.

Comment: Martin is out for Daytona after a practice crash left him with problems with his left labrum. A timetable on his return is not yet available, but early word is that surgery is likely in Martin’s future.

Comment: Reynolds will miss a substantial chunk of time due to a broken wrist, sustained in a crash during media day in Minneapolis.

Comment: In Arlington Schock “Ended up having a bad crash in main 2 and ended up have a bruised lung, hematoma on my right shoulder and left knee swelling.” He will be back, but it won’t be in Daytona.

Max Vohland – Shoulder and Collarbone | Out

Comment: Vohland sustained “a massive hematoma to the right shoulder and a couple of small cracks in my clavicle,” in Minneapolis. His team says he should return for Detroit or Indianapolis.

Comment: Shimoda is currently recovering from a foot injury sustained at A3.