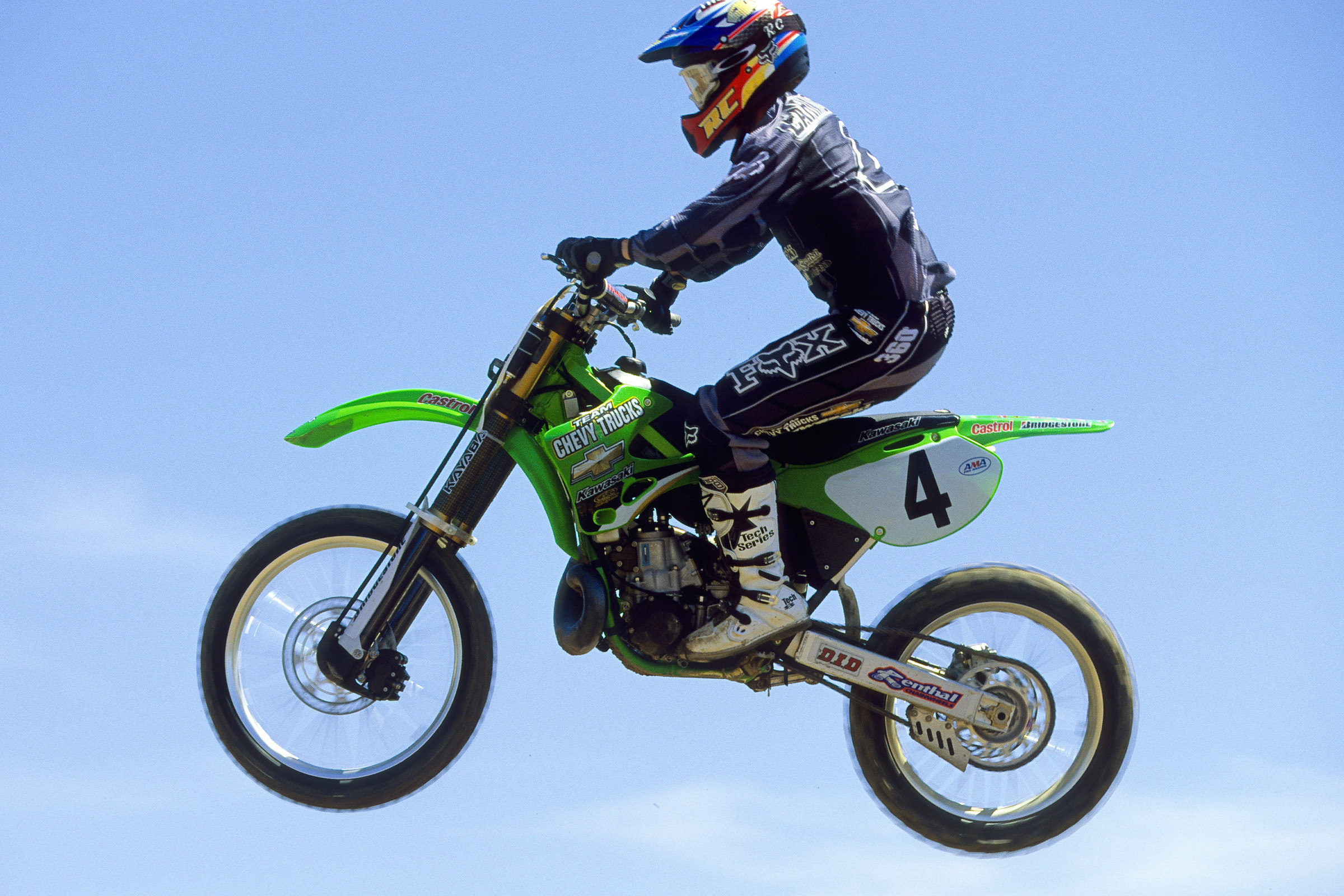 The Daytona Supercross is unlike any other supercross...blah blah blah you know this already! This event is a hybrid of sorts, part supercross but also part motocross. It has changed, though, as the early races (which predate supercross) were essentially motocross races on the infield of the big NASCAR Speedway. Eventually, it grew more supercross-style obstacles.

You can witness some of the evolution here, as we've picked some choice clips from old Daytona races. Enjoy 'em as a preview to this weekend's 52nd running.

1973: Our own Scott Wallenberg and his dad Wally were way ahead of the curve by shooting videos at the races. This 1973 stuff from Wally was shot on Super 8 film.

1987: Ricky Ryan and the privateer legend.

1995: Kiedrowski is the new King with three-straight.

2008: The muddiest of all-time, and a dramatic finish!