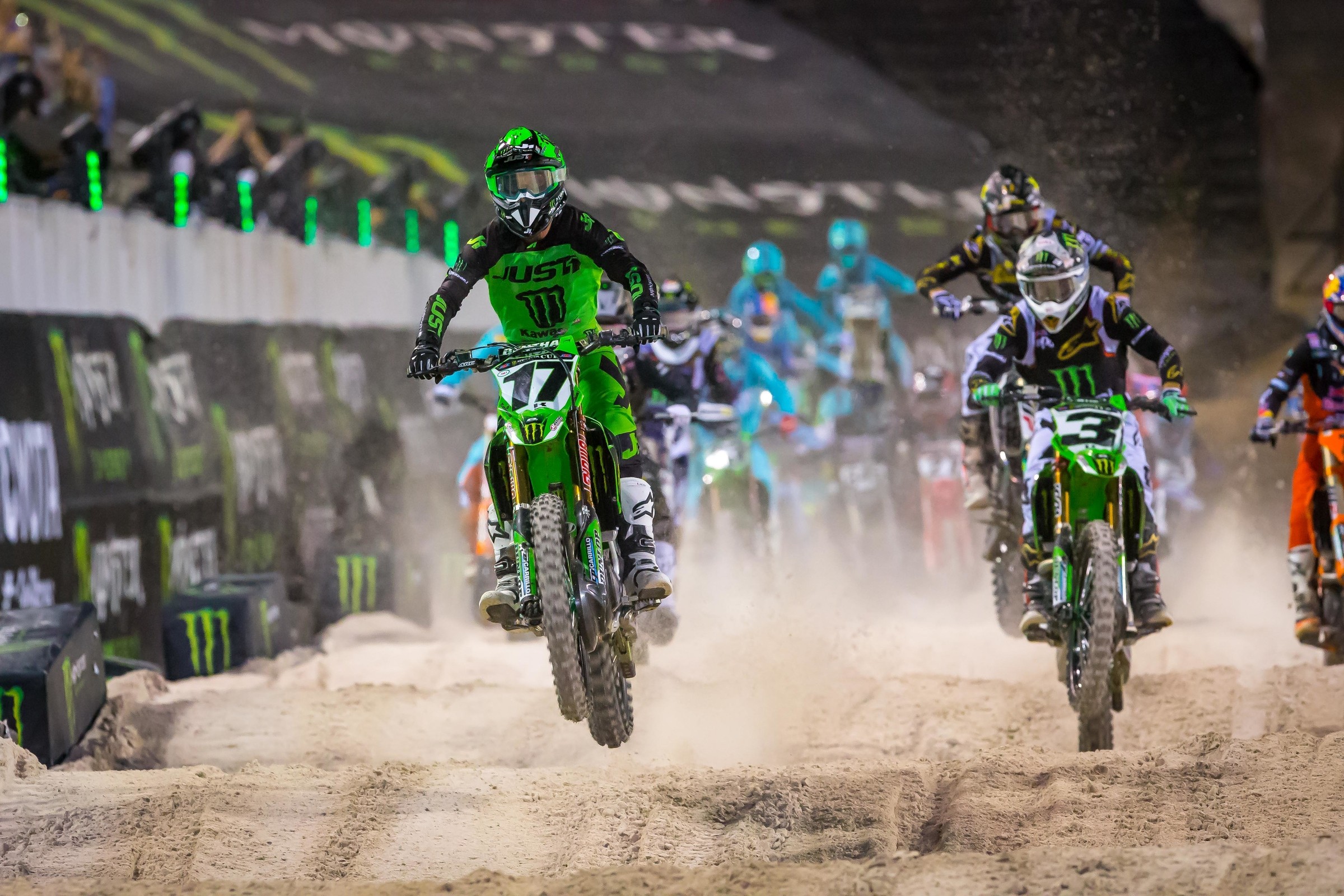 Throughout the month of December, Racer X Online editors and contributors will be handing out one award each day for an outstanding performance or effort or product related to the global motocross industry in 2018. Each winner will receive this award, which we’re calling a Roger, just like the Academy Awards have their Oscars. It’s in honor of Roger DeCoster, a great ambassador for the sport of motocross for more than 50 years. Today’s topic is Racer X Gift of the Year.

Who doesn’t like a great gift, whether you’re the giver or the getter? And we all like to think that we give better than we get, though as kids, it was hard to beat some of those Christmas gifts from our parents—that first minicycle, a sweet new Electro helmet, the Yamaha BMX bike, or my personal favorite, the Evel Knievel action toy set by Ideal called “Escape from Skull Canyon.”

‘Tis the season, and this is the big day, but our 2018 Racer X Gift of the Year was not under anyone’s Christmas tree. It was handed over in October, in Las Vegas, under the klieg lights of Sam Boyd Stadium. That’s where and when Joey Savatgy, new to the Monster Energy Kawasaki team, decided to hand over the lead on the last lap of the Monster Energy Cup to his new teammate Eli Tomac. It was an unexpected gift—there was no obvious plan for it, and Eli’s birthday is November 14, not October 13—and Savatgy was the only man in position to give it to him. Of course the gift was first-place in the last of three main events, and by letting Eli by, it ensured that Tomac would win the $1,000,000 bonus that would go to any rider who swept all three mains. Savatgy waved Tomac past, Eli got the bonus, and one lucky fan got a million dollars as well.

So what if it had been you? What if you were either Joey or Eli? Would you have waved Tomac by, knowing what was at stake for him, and knowing it would not change the overall outcome either? And if you’re Eli, do you refuse the opening that Joey presented, or even the bonus afterward? Of course not if you’re Eli, but the consensus here among our editors is that we likely would have done the same for a fellow rider and teammate if we were in Joey’s position. It wasn’t a series race or a part of any championship, and Eli was certainly the fastest man out there all-night long. Joey knew the score, and his generosity in giving away what would have been a likely last-main event win in his 450 debut is understandable, if not really relatable. It’s like saying, “If I ever win the lottery, I’m going to share it with all my friends and family.” Fair enough. The hard part is the “win the lottery” part of the equation.

Such gifting has happened before in motocross—David Bailey slowed down and waited for Rick Johnson at the 1986 Motocross des Nations at Maggiora so they could cross the line together. Same thing happened when Ryan Villopoto did it for Ryan Dungey in 2011. Ricky Carmichael was handed the all-time wins record in the 125 class in 2001 after Mike Brown slowed down to let Branden Jesseman into second, thus giving Ricky the overall, after Brown was handed the title when Grant Langston’s rear wheel collapsed. And of course there was “Let Broc Bye,” which was actually a team order in 1977. (Hey Matthes or Weege, there’s a podcast idea for you!) Even Tomac once gifted a race when he slowed down in Las Vegas ’17 to try to get some guys in between him and Ryan Dungey, basically giving the win to Jason Anderson.

Those MXoN gifts were symbolic; the others were about championships and records. Savatgy’s fell somewhere in between, though it was much more expensive than all the rest combined.

For Christmas this morning I was generous with my children—and no, I didn’t give Vance my Evel Knievel “Escape from Skull Canyon” set—but in adding it all up it was just a little over a grand. Joey Savatgy basically handed Eli Tomac one million dollars, albeit of someone else’s money. Roger that! That’s why Joey gets the 2018 Racer X Gift of the Year.