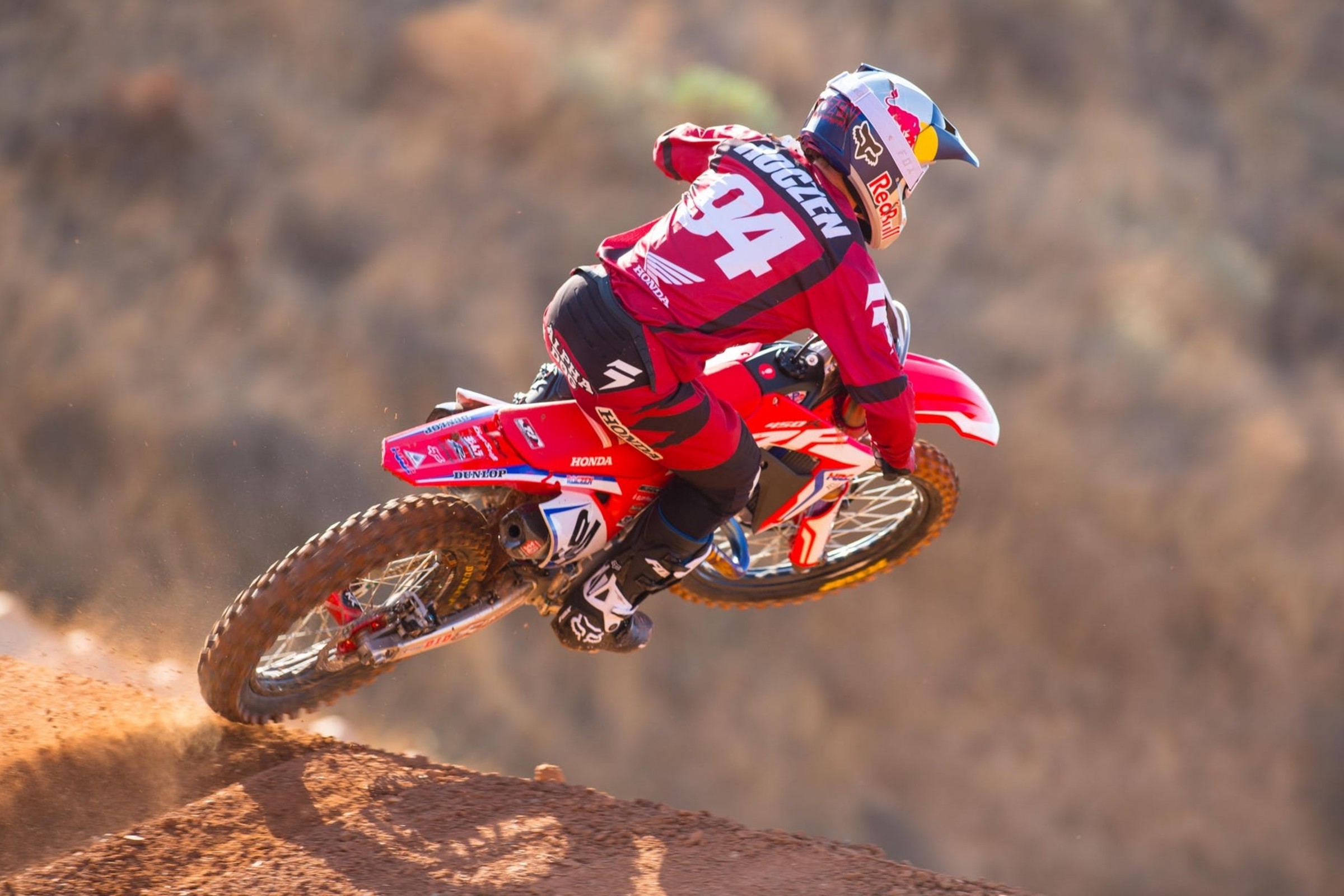 On This Day in Moto December 15

Team Yamaha's Rick Johnson, 18 years old, nearly won the 1982 AMA 250cc National Motocross Championship, but a broken wheel at the last round in Colorado ruined his chances. But RJ did win a title in 1982, and he landed on the December 15 cover of Cycle News for topping the CMC Four-Stroke National Championships at Carlsbad Raceway. Johnson was riding a Pro-Tec Yamaha TT500. Former SX champion Jimmy Ellis finished second, White Brothers-backed Warren Reid was third, and Yamaha's factory-backed 15-year-old Ronnie Lechien was fourth.

Team Suzuki's Tony DiStefano, fresh off of winning his third straight AMA 250 Motocross Championship, was named the AMA Professional Athlete of the Year. DiStefano hailed from Eastern Pennsylvania and had come up through the ranks racing a privateer CZ before Suzuki hired him in 1975.

Folks were getting nervous about the lack of a TV schedule for the 2019 Monster Energy AMA Supercross Championship, but it was on December 15, 2016, before Feld Motor Sports announced the 2017 schedule. However, it was on the same Fox Sports network at that time, not the great big change over to NBC Sports Group and NBC Sports Gold as we saw in yesterday's announcement.

Racer X Online interviewed Team Honda's Ken Roczen on his big comeback from the horrible injury to his left arm that he received the previous January while leading the 2017 Monster Energy AMA Supercross Championship.

"The arm feels pretty good," said Roczen. "I go back and forth between soreness, like if I do a lot or ride a lot. I’ve been doing push-ups on my arm and everything. It’ll get sore every once in a while. But other than that, obviously I have a lot of restrictions in movement, but I’ve gotten used to it now to where I don’t really feel like it bothers me too much riding. So, I should say all in all, my arm will never be the same, but I’ve adjusted it so well that I kind of ride just the way that I rode before the crash. I’m very fortunate to be in this position. I feel like I recover, I heal pretty quick. Actually, the doctor says that he has never seen anybody that heals that quick from an injury like that. So, I think in the position we’re in right now, we have a good shot at winning races and hopefully a championship toward the end."

Of course, Ken was getting close to winning in 2018, but then tangled with Cooper Webb and suffered an injury to his other arm, causing him to miss several rounds. Hopefully, he's finally back to 100 percent (or at least close) on both of his arms for 2019.

And check out this interview from December 15, 2006, with a young KTM prospect named Zach Osborne, who had just got his feet wet in the Canada rounds of FIM World Supercross in the two Canadian rounds. Osborne has had quite a nomadic career, going from MX2 Grand Prix racing in Europe to back here in the States, where after a decade's climb he finally got his first AMA wins and then three titles (two in SX, one outdoors). He is now slotted to begin the 450 SX tour with Rockstar Energy Husqvarna in 2019.