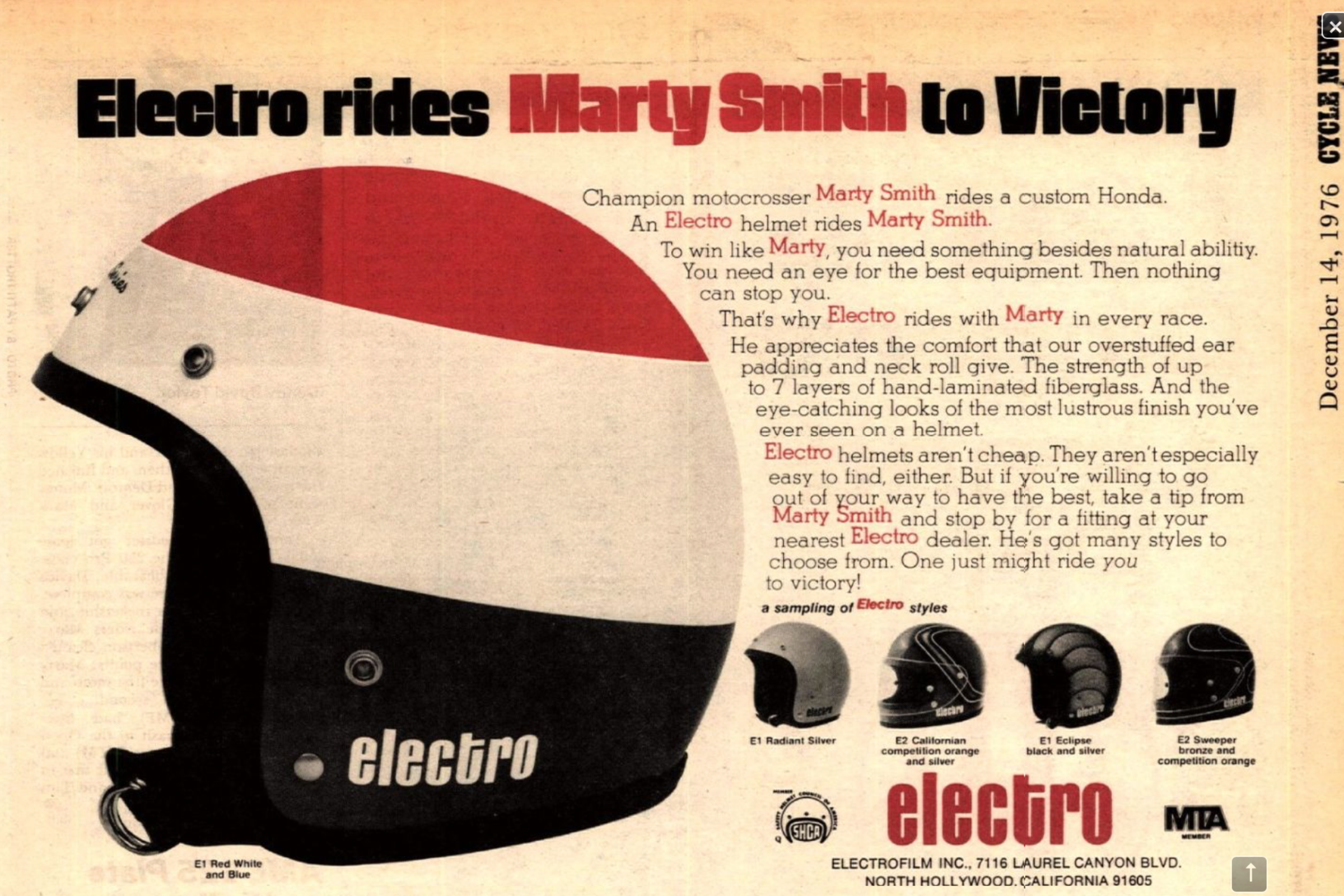 On This Day in Moto December 14

While we aren't completely sure that the date was December 14, this High School Motocross race happened in December '75 at Canyon County High School on a track built on the school campus. It's an amazing Super 8 film of a much different time in motocross.

Team Honda's Marty Smith did not have a great 1976 season, losing his 125 AMA title to Bob Hannah and the FIM 125 world title to Gaston Rahier, but he was still the most popular rider in America. His Electro Helmet was a must-have for every kid who had a dirt bike and read the magazines.

On this day in 2015 MotoSport dropped this cool video of Kevin Windham and his good friend Brett Cue ripping around K-Dub's track in Centerville, Mississippi, on a pair of two-stroke Hondas. It's good stuff!

This same day in 2005 was not a good one for Windham as the Factory Connection Honda rider crashed while preparing for the Anaheim SX opener and suffered a broken arm. The crash would keep K-Dub on the sidelines until the Orlando round on March 18, 2006.

Monster Energy/Pro Circuit Kawasaki announced their 30th different lineup since the team began in 1991, and it was top-to-bottom one of their strongest. All five riders—Tyla Rattray, Blake Baggett, Broc Tickle, Dean Wilson, and Josh Hansen—have multiple race wins in 250 SX/MX, with Baggett and Wilson also adding AMA 250 Motocross titles for Mitch Payton's team.

The ground-breaking DMXS Radio celebrated their 15th anniversary in this day in 2016 with a show that included some of their favorite subjects: Ricky Carmichael and Justin Barcia. DMXS Radio is made up of Kevin Kelly and David Izer and they and their merry band of friends are based out of the Atlanta area. They are among the most well-known voices in American motocross. Happy birthday, men!

You can check out some of the DMXS Radio bits here.